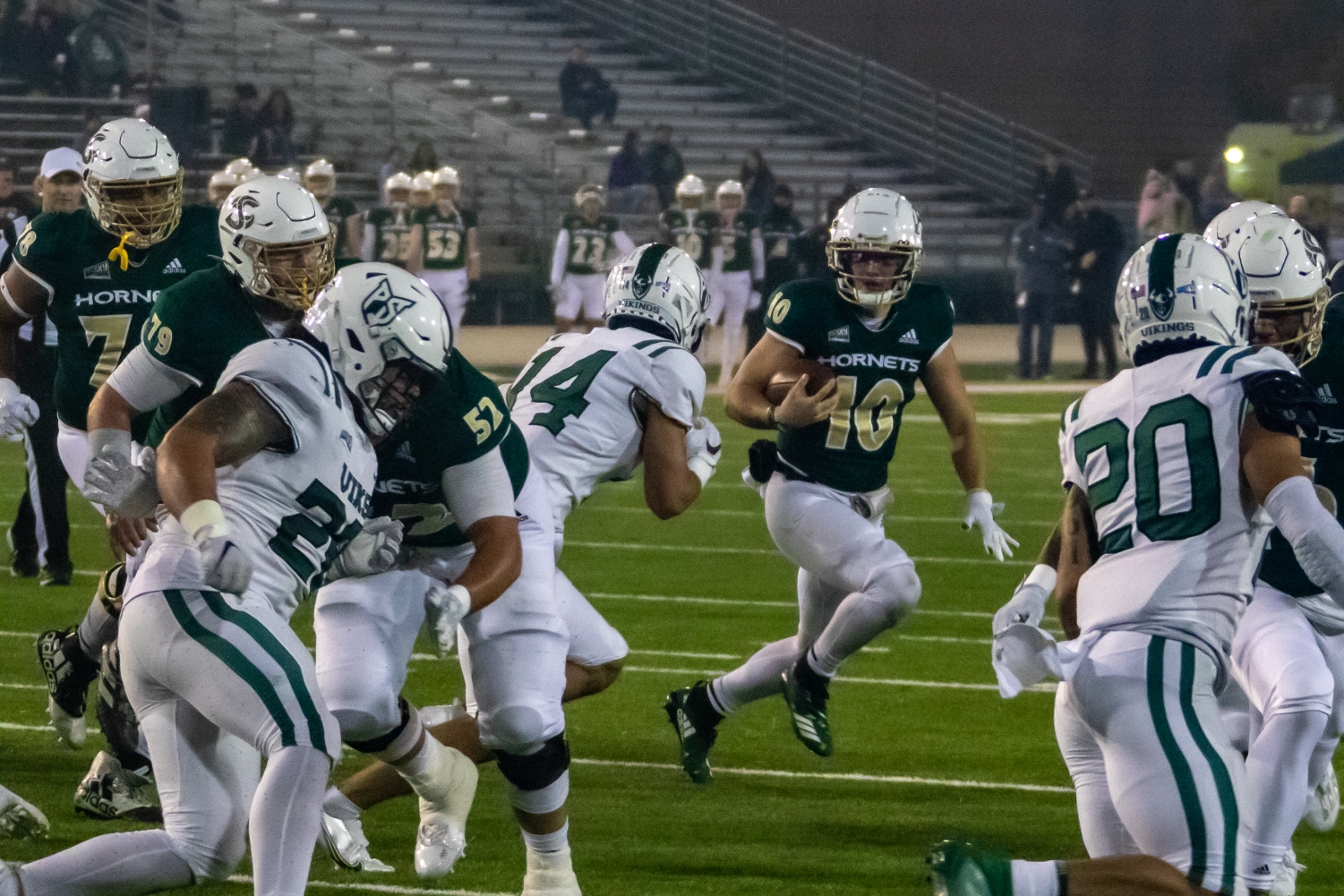 Sacramento State quarterback Asher O’Hara runs behind blockers in search of a hole to run through against Portland State at Hornet Stadium on Saturday, Nov. 13, 2021. O’Hara leads the team in total touchdowns this season with 14. (Jordan Parker)

Sacramento State quarterback Asher O’Hara runs behind blockers in search of a hole to run through against Portland State at Hornet Stadium on Saturday, Nov. 13, 2021. O’Hara leads the team in total touchdowns this season with 14.

The 67th Causeway Classic matchup between Sacramento State and UC Davis is scheduled for Saturday at UC Davis Health Stadium. It will be the third Causeway Classic in a row where at least one team is playing for a chance at winning a Big Sky title.

There are a few ways that the Hornets can be pronounced Big Sky champions and it all comes down to their game against UC Davis and possibly the Montana vs Montana State matchup. If both teams win or lose they will share the title similar to how Sac State shared their Big Sky title in 2019 with Weber State.

Head coach Troy Taylor said it feels great to be in the position they are in, and it is a testament to the hard work that the team has put in.

“Now, it’s just trying to finish the deal and stay focused,” Taylor said. “Very happy with where we’re at, but we still have a destination further ahead.”

The Hornets are treating this game the same as any other, according to senior linebacker Marcus Hawkins.

“No game is bigger than the other,” Hawkins said. “We’re keeping that mentality.”

The game plan and the way that Sac State prepares for each game does not change, according to Hawkins but for a rivalry with this much history the energy is intensified.

Junior quarterback Jake Dunniway said this game “is just a little personal,” for him because UC Davis was the first school he played for coming out of high school.

“I love all the players that are still there, still close with a lot of them,” Dunniway said. “[I’m]really excited to go out there and compete against those guys. We’re really excited to go after each other, but at the end of the day I wish them good luck,

He said despite his camaraderie, he has his eyes on the prize.

“We’re here for one reason and one reason only, and that’s to win the game, win the causeway and ultimately win the Big Sky,” Dunniway said.

Senior offensive lineman Kooper Richardson was also an Aggie for the first three years of his college career before coming to Sac State for his final season.

Richardson said that in order to win, the Hornets will have to play with some confidence and continue to keep playing with a chip on their shoulder.

Tensions are high as both teams enter this game with an 8-2 record and a lot at stake with playoffs right around the corner.

Read below for everything you need to know prior to kickoff at 1 p.m. including the possible scenarios that will lead to a Sac State big sky title, things to watch for, keys to victory and The State Hornet team predictions.

Things to watch for

Battle of the multiple quarterback systems

Sac State and UC Davis both have used an unprecedented style of play this season with their quarterbacks. Most teams have one player that commands the offensive huddle, but in the case of the Hornets they use two, and UC Davis will use two or three in their offensive scheme.

Both teams have at least one quarterback that can carve a defense up with their ability to run the ball. UC Davis has redshirt freshman quarterback Trent Tompkins who is the second leading rusher on the team, and for the Hornets it is junior quarterback Asher O’Hara who leads the team in rushing yards, rushing touchdowns and total touchdowns.

The Hornets’ leading passer is Dunniway, and for the most part he attempts most of the  passes, but they also do not shy away from letting O’Hara sling the rock. It is an advantage for a team that has a lot of run-pass option plays that make O’Hara a threat to run or pass at any time he is in the game.

For the last three games, redshirt freshman quarterback Miles Hastings has been the starter and commander for the Aggies offense. Prior to Hastings, junior quarterback Hunter Rodrigues led the team to a 6-1 record, and he currently leads the team in passing yards and touchdowns but has not played since its game against Northern Colorado.

The X factor for this game will be both teams’ quarterback play and whichever duo or in UC Davis’ case, trio, has the better game.

In rivalry games the energy and intensity increases more than most games because of the history and tradition that comes with it. With two teams that like to pound the opposing defense consistently with a physical running game, it will be important for one team to win the battle in the trenches.

Sac State has a plethora of running backs that add their own skill sets to the offense. Freshman running back Cameron Skattebo is a downhill runner that does not usually go down on the first tackle attempt, and his ability to run in between the tackles keeps opposing defenses aware and honest to the Hornets’ running game.

The Hornets also have O’Hara who can kill any defense by using his speed to hit the boundaries and athleticism to hurdle defenders in the red zone. Senior running back BJ Perkinson and sophomore running back Marcus Fulcher also contribute to the heavy running game that Sac State implements each game.

UC Davis relies on their junior running back Ulonzo Gilliam Jr. for most of its running, and so far he has 808 yards and five touchdowns on the season.

Hawkins kept it simple for what he said needs to happen in order for the Hornets to win on Saturday, and it all starts with hitting their goals in practice.

“We have certain goals that we put at the beginning of the week, and then we come out here and practice,” Hawkins said. “Over the past two weeks, we hit the goals every time in practice and you see it in the game. It correlates when we’re getting turnovers, suffocating offenses and making them one-dimensional.”

The Hornets will have to keep up their effort on defense to win this game. If they can continue to stall the rushing game and neutralize Gilliam. and Tompkins, then  their secondary has shown throughout the season that they can carry the weight against the pass game.

On the offensive side, the Hornets are at their best when they jump out on teams early, and that starts with an established running game and playing off of that to spread the Aggies out and use one of their many weapons on offense.

The Aggies have to play a physical and aggressive game on both sides of the ball to come out on top saturday.

It will not be easy going up against the No. 3 rushing defense in the Big Sky in Sac State, but the Aggies are No. 2 in rushing offense and will have to trust and execute in the running game if they want to come out with a victory on Saturday.

Gilliam is the fourth leading rusher in the Big Sky, and he will be key to opening up the rest of UC Davis offense. If the Aggies do not get it going with their rushing game and have to rely on their ability to air it out, the outcome might not end in their favor.

The Aggies will also have to establish an early defensive presence and keep the Hornets off of the board by forcing turnovers and minimizing costly mistakes.

Bragging rights, a Big Sky title and playoff seeding are all at stake on Saturday night. The Hornets are rolling on a seven-game winning streak, and the Aggies will be looking to redeem themselves after losing to Eastern Washington last week.

Sac State and UC Davis are both teams that like to run the ball, and whichever one can overwhelm the opposing defense inside the trenches and control the flow of the game will have an advantage.

The difference that will decide the winner of this game will be the play from the quarterback position. Sac State has been consistent with their two-quarterback system, and one thing both quarterbacks do well is take care of the football.

If the Hornets can take care of the ball and control the game on defense like they have since the start of conference play, the Hornets will win 24-21.

This could be a trap game for the Hornets. The Hornets are on a winning streak and the Aggies lost their last game. This is a game the Hornets cannot afford to take lightly or make any major mistakes.

I think that the Hornets should play their normal style and not feel the need to change anything up. Dunniway might have to have a player-of-the-week type of game. If they can dominate through the air and get up on the scoreboard early, then they should be able to ride that momentum to victory.

Also the defense needs to play as well as they did last game and cause some turnovers. Even if they do, I think the game will still be close. The Hornets will win 27-21. 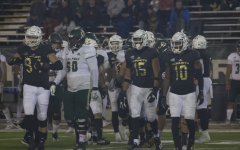 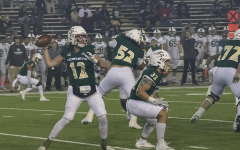 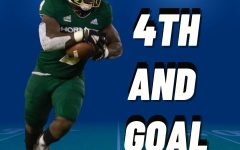 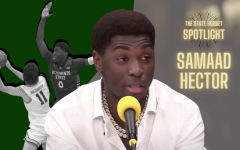 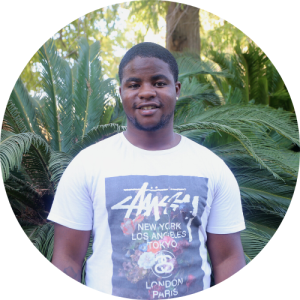