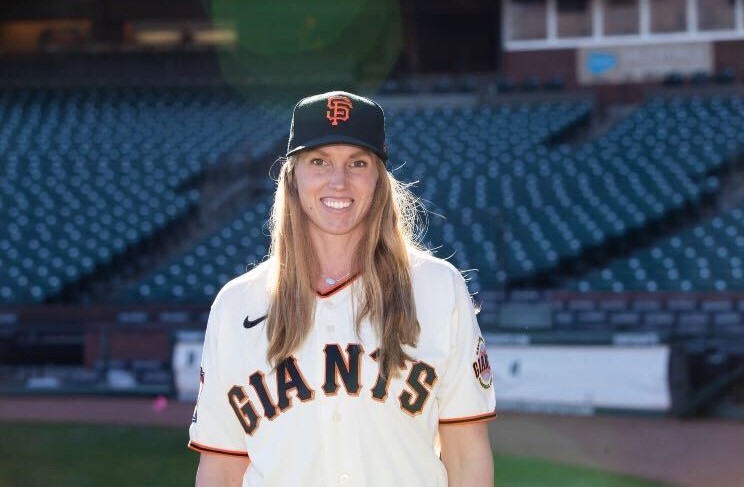 Sac State alumna Alyssa Nakken poses for a photo at Oracle Park. Nakken made history when she was named as the first female MLB coach.

While working to produce the Spartan Race at Oracle Park as an intern for the San Francisco Giants, Sacramento State alumna Alyssa Nakken passed by the office of manager Gabe Kapler.

Nakken stopped to ask a simple question, not knowing that this would be one of the first steps in becoming the first female coach in Major League Baseball history.

“I asked him, ‘How are you?’” Nakken said. “Everyone is asking him who the pitching coach is going to be and how are you going to make the team win. All these coaching questions at him and I’m like, ‘Are you OK?’”

“I don’t think he was expecting me to ask that because his shoulders kinda dropped a little. Then we talked about how we can be go, go, go and sometimes the healthiest thing to do is just pause and take a breath. That was our first interaction.”

Kapler would remember those times when Nakken came into his office. During those conversations, he was amazed at how much she knew.

“I remember multiple occasions when Alyssa and I sat down to talk in my office but also had opportunities to take walks and work on projects together,” Kapler said. ”There have been quite a few interactions where Alyssa has stood out.”

In January, Nakken started the year off with fireworks, accepting an assistant coaching position on the San Francisco Giants, making her the first-ever female coach in the MLB.

“I think my eye opened really wide,” Nakken said. “It was like, ‘Alright, here we go. It’s now time for me to transition into this much bigger role.’ Sometimes you might not feel you’re ready for it, but that’s too bad because you’re in it.”

Nakken grew up in Woodland, California with her parents and two old brothers, rooting for the Sacramento Kings and San Francisco Giants. At three weeks old, she attended her very first Giants game.

“I guess you can say I was a lifelong fan,” Nakken said.

From a young age, Nakken started playing every sport she could sign up for including softball, basketball, soccer and volleyball. As the season changed, so did her favorite sport.

However, Nakken was a natural at softball, playing on a travel ball team with 11 and 13-year-olds while she was only nine. Although she was good at softball, she never wanted to stop playing the other sports.

Nakken, having played so many sports growing up, said she had a hard time choosing which spring sport to play so she left it to fate.

“I remember choosing out of a hat which sport I wanted to play in spring and it turned out to be softball,” Nakken said.

Before stepping onto the Woodland High campus, Nakken knew she wanted to play Division I softball.

“Once I made the decision to play softball instead of soccer, I knew that was my goal to play Division I softball,” Nakken said. “The other coaches of the volleyball team and the basketball team, they knew I was going to do all these sports, but softball is number one.”

All of Nakken’s hard work paid off when she received scholarship offers from Sac State, Santa Clara University and Ohio State University.

One summer day, Nakken took the short drive to Sac State and fell in love with the school.

Another significant factor that was key in Nakken’s decision was her parents. Nakken said she felt like she needed to stay close to home due to her parents’ constant support of her softball career.

Current Sac State softball coach Lori Perez was an assistant at the time and said she was keeping track of Nakken. At the end of Nakken’s sophomore year, Perez said she knew that Nakken would be able to do a little bit of everything.

“She is someone who doesn’t come along very often,” Strahan said. “Coaches loved her, her teammates loved her. She was just wonderful.”

Nakken was known as a player who was going to out-hustle people. Many times during warmups, Strahan said she had to tell Nakken to save it for the game.

“I used to joke that she was the Pig-Pen of the team (from the Charlie Brown cartoon),” Strahan said. “She was all in. We would take ground balls before the game began. She was somebody already completely covered with dirt from diving for balls. Her visor would be on sideways. She was just a pigpen covered with dirt from head to toe.”

RELATED: Strahan gets 800th win of her career

During Nakken’s time at Sac State, she had a career .304 batting average and started all 184 games, primarily appearing at first base. Nakken also served as team captain for two years.

Nakken was a four-time all-Pacific Coast Softball Conference selection during her career at Sac State. She was first team all-league choice in 2012.

After Nakken graduated from Sac State, she became a financial advisor and started working for a finance company in Sacramento. For the first time in a while, she didn’t have a team to go to.

“I quickly realized that I missed sports,” Nakken said. “I miss being around a team, and I wasn’t ready to commit to a career yet. I felt like there was just so much more out there for me.”

Even though Nakken wasn’t doing a job she wanted to do, she said many of her clients inspired her to experience more in her life.

“They bounced from industry to industry,” Nakken said. “They went to various schools. They traveled. They developed great relationships, personal and professional. Then, I realized I need to do that. I need to go and have some experience and see what else is out there.”

Nakken’s next move started when she attended an alumni dinner at the University of San Francisco where she met baseball pitching coach Greg Moore.

“It was almost the same feeling I had when I stepped on Sac State’s campus,” Nakken said. “This is home. I need to be here. I need to do whatever it takes to get here. I told coach Moore I want to be a part of the team.”

After that dinner, Nakken left her heart in San Francisco and applied for and was accepted into the graduate program for sports management.

Nakken would work quick, interning for pro and college teams including the Oakland Raiders and various teams within the Stanford Athletic Department. Although she liked what she was doing, Nakken said she missed belonging to one team which led her to getting involved with the University of San Francisco’s baseball team.

“The University of San Francisco baseball team was in need of some help on the operation side,” Nakken said. “So I just said ‘I’m going to help, don’t worry about paying me. I’m just so fortunate to be in an office with this coaching staff and learn from the best.’”

After graduating with her master’s degree in sports management, in 2014, Nakken accepted an internship with the San Francisco Giants in baseball operations.

Nakken experienced different avenues during her internship including working as a quantitative analysis director and assisting with the amateur draft.

Kapler made significant changes to the coaching staff which opened the door for Nakken.

It only took Kapler a couple of weeks to realize that Nakken was good enough to coach at the Major League level.

“When I first started to talk to Alyssa, we were also in the process of interviewing countless other coaches with all experience levels,” Kapler said. “A few weeks into the interview process it became very clear that Alyssa was the best option to be on our Major League team.”

One of the very first people Nakken called with the news was Strahan.

“Outside of my family, coach Strahan was the first person that I called when I got the job offer,” Nakken said. “I was telling her that the best coach I ever had was you. I learned all of my coaching techniques from you. This is you and me together.”

March 26 was supposed to be Nakken’s regular-season debut but due to the COVID-19 pandemic the MLB season was postponed.

While Nakken has been home, she has had time to reflect on her journey and connect with San Francisco 49ers coach Katie Sowers.

“Her and I have been able to connect quite a few times during this shelter-in-place,” Nakken said. “It’s been really great for me to talk things through and listen to her journey. I think it is just great for people to see women in these roles and just know they exist.”

Now that Nakken has opened doors for women to pursue coaching jobs in the MLB, she said she takes on that responsibility of being the face of women coaches in baseball.

“It’s a responsibility,” Nakken said. “I’m so humbled and honored by it. It’s just an amazing opportunity, and I’m so committed to giving my all, day in day out. It goes to show how much effort and drive that other females in this sports industry have given to help pave this path for me.” 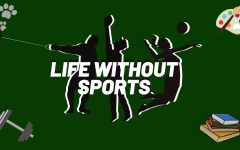 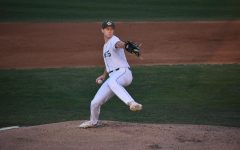 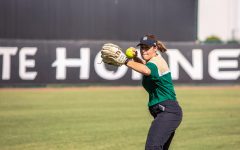