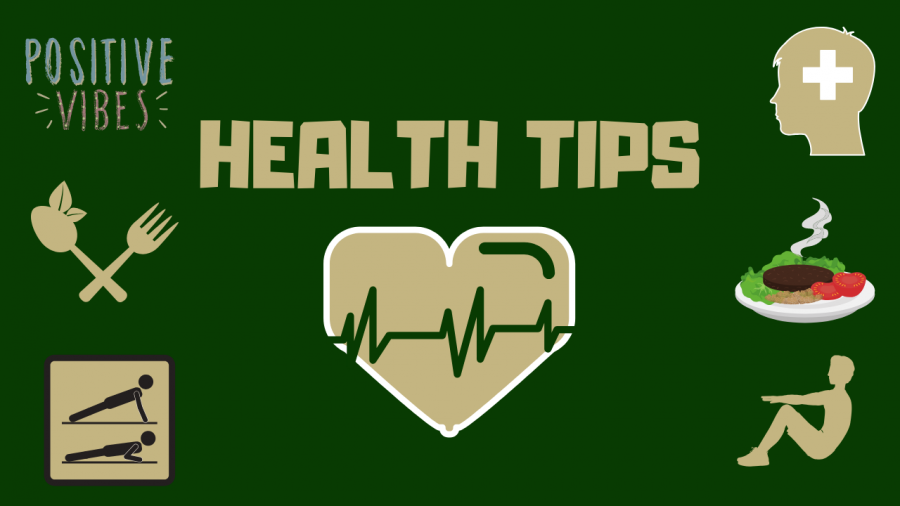 The coronavirus pandemic and California’s statewide shelter-at-home order have made it a challenge for many students to stay healthy, both mentally and physically.

As a result, students have to come up with creative ways to exercise, eat healthy, stay in a positive mindset and stay motivated for school.

The State Hornet interviewed Sacramento State students, personal trainers at The WELL, a nutrition professor and the Associated Students, Inc. Food Pantry to get insight and recommendations on how students can work out, eat nutritiously and maintain a positive outlook through adversity during the pandemic.

An important part of being healthy under the shelter-at-home order is eating healthy. There are several ways you can do this:

Nancy Hamler, a nutrition professor and emergency room physician assistant, gave tips on how to maintain a nutritious diet at home.

Hamler said the industry used to teach the food pyramid 10 years ago, but now nutritionists teach the healthy plate because it’s easier for people to visualize how they should eat.

Stephanie Plessas, a kinesiology major at Sac State, has been a trainer for three years and says whole foods are important for a balanced meal.

“Space it out every three to four hours, three meals a day and two snacks is probably fine for the average person,” Plessas said. “It does depend on your activity levels and we’re in quarantine so we’re moving less, so just limit the processed foods. The trick is to stick with whole foods, meaning anything that comes from the earth.”

Nutrient-filled snacks should be your go-to

“Keep those micronutrients, which are going to be vitamins and minerals that your body needs,” Plessas said. “I love curry so I think a lot of stir fries, like tofu, rice, carrots, potatoes, zucchini and like a simmer sauce.”

“That can be tricky, spending some time recognizing the feelings and behaviors and then actively working against overconsuming by being mindful of it and then putting measures into place that can prevent you from falling into those traps,” Hamler said.

“For instance, next time you go grocery shopping you may want to not buy those unhealthy things and put them into your house so you’re less likely to consume it,” Hamler said.

“Our brains have a much harder time distinguishing between hunger and thirst. You may be thirsty, but your body kind of tricks you into that feeling that you’re hungry and so you go into the kitchen and instead of grabbing a glass of water or unsweetened tea or whatnot, you grab for those chips or cookies,” Hamler said. “So next time you fall into that trap, try to get a glass of something to drink and see if that was the trick.”

“Diets don’t work. What works is a lifestyle change. So when people want to either lose weight or want to be healthier or even want to maintain weight, they really should ask themselves the question of ‘can I do this forever and ever?’,” Hamler said.

She added that the best approach for people is to eat a balanced diet and exercise more.

Hamler also said that many fat diets can leave you at risk for developing deficiencies and can even alter your immune system.

“I can tell you plenty of instances where I had people in the emergency room that came in on a keto diet for instance, and they went into kidney failure because they are eating large amounts of protein and now their kidneys can’t keep up,” Hamler said.

Physical activity is an important aspect of staying healthy mentally and physically while sheltering at home.

“I get in funks, when there’s like nothing to do and I’m feeling lazy, I’m not feeling great and every time I make myself work out, I feel so much better,” Plessas said. “The hormones in your body change after working out and it lets off those positive endorphins and you just feel clear-headed.”

Here are some helpful exercise tips:

Caleb Arbona, a Sac State kinesiology major and trainer for three years, had suggestions for working out during quarantine.

Go for a (socially distant) run, walk or jog

“Even though you can’t be social outside, you’re still allowed to walk and exercise outside as long as you’re maintaining social distancing,” Arbona said. “So, I’ve been telling my clients to exercise outside where they can.”

“It’s just working smarter,” Plessas said. “You can literally work out for like 15 minutes and get a killer workout. But that whole 15 minutes you need to be moving and using your body and keeping the intensity up.”

RELATED: How to stay fit while staying inside

Use common household objects to your advantage

“People use things around their house or kitchen like pots and pans with water and lift it up over their head,” Hamler said. “Do some strength exercises. If your place has stairs, then run up and down the stairs a few times. If you have a jump rope, that is something that can easily be done.”

Maintaining mental health is crucial while sheltering at home and it can be done by incorporating several practices:

Take a break from the virtual

Plessas said that getting outside a little, yoga, breathing techniques, meditation, making a gratitude list everyday and thinking about the positive side of things can help with dealing with negative times.

Learn and build new skills or enjoy a hobby

Plessas suggested learning a new hobby or a skill that you’ve always wanted to learn.

“A lot of people should just take the time to just do what they’ve been wanting to do for so long, if they’re able to,” Plessas said.

Plessas said another tip to keep your mind healthy is to engage in activities: read a book, learn a new hobby, make a playlist of your favorite songs, listen to podcasts, watch motivational videos or learn how to cook.

Brien Tillery Jr., a Sac State criminal justice major, discussed how he has been dealing with anxiety over COVID-19 and what methods have helped him cope.

“At first it was tough to deal with; we’re all used to going out and having campus to escape, but you really have to manage it,” Tillery said. “I suggest (sticking) to a schedule and (being) as strategic as possible. The schedule, the working out and eating right all come into play at the end of the day.”

Plessas said that setting attainable goals, writing them down and creating a routine can help people stay motivated. 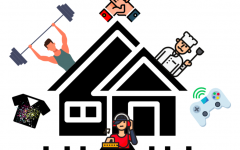 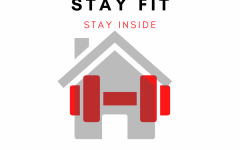 How to stay fit while staying inside 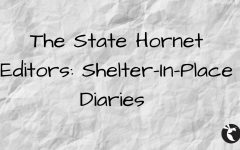 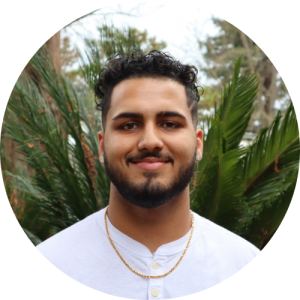 Garry Singh, multimedia reporter
Gurneet (Garry) Singh joined The State Hornet spring 2019 reporting on the general assignment desk and is now a broadcast and multimedia staffer as well as a podcaster. Garry is from Sacramento and is majoring in business and minoring in journalism. Garry is a part of KSSU (CSUS student run radio station) where he produces and hosts his own weekly radio show as well as is a broadcast commentator for Sac State’s football and basketball teams. Garry received fifth place “Best of Show” award  at ACP/CMA 2020 Fall National College Journalism Convention for broadcast news story.
Leave a Comment