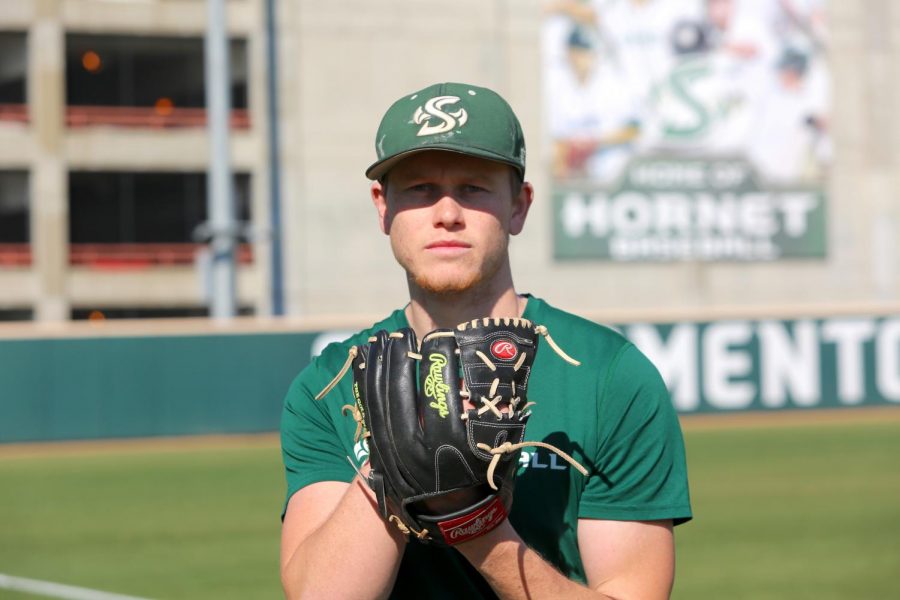 Sac State senior pitcher Parker Brahms poses for a photo at practice on Thursday, Feb. 6 at John Smith Field. Brahms was drafted in the 27th round of the 2019 MLB Draft by the Los Angeles Dodgers but chose to return to Sac State.

Senior pitcher satisfied with return to Sac State, even in shortened 2020 season

The Los Angeles Dodgers chose the right-handed pitcher from Southern California in the 27th round with the 821st overall pick. Yet, Brahms chose to return to Sac State for his senior season because he said he had unfinished business.

“At the time I thought it was the best decision for me to stay back for another year and get my degree,” Brahms said.

Brahms grew up in Topanga, California, just outside of Calabasas. Born to parents Christina and Bob Brahms, he was one of two children to the couple.

Brahms faced adversity early in life as his dad Bob died when he was only 1 year old, but he said he enjoyed his childhood.

“I had a really good childhood,” Brahms said. “My father passed away when I was just a baby, so my mom took care of me and my sister and she kinda did everything for us. She would drive us everywhere, buy us whatever we needed.”

As a child, Brahms was a multi-sport athlete playing football, basketball and baseball.

“I loved all three of them,” Brahms said. “I had a little edge in baseball. I just loved it that much more than any other sports.” 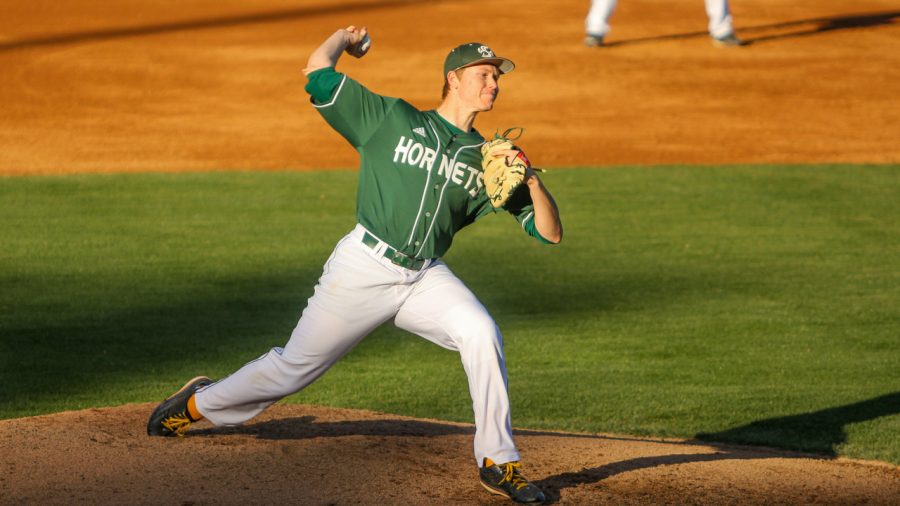 Gallery|3 Photos
Andre Newell
Sac State right-handed pitcher Parker Brahms throws a pitch against CSU Bakersfield on Saturday, April 29, 2017 at John Smith Field during his freshman year. Brahms came back to Sac State to finish his senior year, despite being drafted to the MLB.

Brahms went on to Calabasas High School where he decided to exclusively play baseball. In high school, Brahms played multiple positions other than pitcher including first base, third base and shortstop.

As a freshman, Brahms quickly made an impact, being chosen as the team MVP. Before beginning his senior year, Brahms’ high school coach Thomas Cassidy encouraged him to focus on pitching, which has worked out quite well for him since.

Following his senior season, Brahms was selected as team Pitcher of the Year and to the All-Marmonte League first team.

“The first time I met with Parker was when him and his mom came on the (official) visit,” said Sac State coach Reggie Christiansen. “My impression of Parker was he was a very quiet kid but yet exuded confidence in himself, very humble. He had an opportunity as a freshman to be one of our starters and he’s a fierce competitor, one of the best competitors that we’ve ever had here.”

Brahms began his career at Sac State in 2017, taking the field as a true freshman and becoming a weekend starter. He went 8-4 in 16 starts as a freshman with a 3.13 ERA.

Redshirt junior catcher Dawsen Bacho arrived to Sac State at the same time as Brahms and quickly grew fond of his sense of humor and ability to be focused each time he takes the mound.

“He’s a big ball of energy, Parker, he’s funny man,” Bacho said. “He’s always joking around and having fun with the guys. But when it comes to his day to pitch, he’s always locked in ready to go.”

After one season with the Hornets, Brahms was named the Western Athletic Conference Freshman of the Year, to the All-WAC First team and a Collegiate Baseball Freshman All-American.

“Freshman year for me was a little rough,” Brahms said. “I had no idea what to expect. I was always one of the ‘better athletes’ where I was from so coming into college freshman year, everyone was really good. So that kind of made me really open my eyes and see like I really have to work for this.”

As a sophomore, Brahms lowered his ERA to 2.41, the best in the WAC. However, the wins did not come as easy, as he made 17 starts and had a 4-5 record. Brahms was selected to the All-WAC first team for the second consecutive season in 2018.

“That was my best year here so far,” Brahms said about his sophomore year. “I think it goes down to all the training and preparation, all the coaches that helped me. Jake Angier did a really good job with me mechanics-wise. Reggie did a really good job coaching and making me believe that I was meant to be here.”

Brahms’ batterymate Bacho agreed that he was sensational as a sophomore.

“As a sophomore, he was elite,” Bacho said. “He was definitely one of the best pitchers in college baseball. Every start you knew what you were going to get from him. You knew he was going to go out there and compete and he had a lot of success that year.”

In his last collegiate season before becoming eligible for the MLB Draft, Brahms struggled as a junior. His ERA nearly doubled, elevating to 4.70. In 15 starts, Brahms earned a 4-4 record.

“It was a rough year. But I think times like that you have to really look back and see what I could’ve improved on,” Brahms said. “I think that step backward was honestly a really good thing for me. It showed me that I can’t just have it all, I really have to work for it.”

Christiansen attributes some of Brahms’ struggles to gaining muscle and having to adjust his pitching mechanics to his newfound strength.

“Indirectly his mobility and flexibility were a little bit tighter which put him in a tough spot to repeat his delivery,” Christiansen said of Brahm’s junior year. “Once they were able to identify that, he worked really hard over the summer and came back better than ever.”

Despite having a dropoff in production as a junior, the Dodgers took a chance on Brahms, drafting him in the 27th round of the 2019 MLB Draft. Ultimately, Brahms decided not to sign with Los Angeles and to return to Sacramento for his senior year.

Brahms began his senior season with history in sight. He ranked third all-time in school history with 263 career strikeouts, needing only 15 to break the record.

In his second start of 2020 against the University of Wisconsin, Milwaukee on Feb. 21, Brahms needed seven strikeouts to tie the record set by Erik Bennett. With 10 Ks against the Panthers, Brahms cemented himself in Sac State history.

Brahms made two more starts for the Hornets in 2020, before the season was suspended on March 12 due to the coronavirus pandemic. In four starts, Brahms had a 2-1 record with a stellar 1.14 ERA. The right-hander was dominant as he pitched 23 ⅔ innings, allowing 18 hits, three earned runs and zero walks with 32 strikeouts.

“Even if it ended short, I had a great four weeks here,” Brahms said. “I was really excited for the remainder of the year and I think we could’ve done great things. It’s just an unfortunate event that this happened.”

All spring sports seasons were officially canceled on March 18 by the NCAA. However, spring sport athletes were granted an extra year of eligibility on March 30 due to their seasons being canceled.

This announcement leaves Brahms with another tough decision, to return to school for one more season, or go pro.

“I think that’s great that the NCAA granted another year of eligibility for everyone,” Brahms said. “But it all just depends on the (MLB) Draft to see what’s going to happen, what the next step is in my chapter.”

Whether Brahms decides to return to Sacramento or enter the Major Leagues, he remains focused on eventually fulfilling his childhood dream.

“Obviously I play this game because I’ve always had a childhood dream of being in the MLB,” Brahms said. “Whatever that role is, starter, reliever, whatever it may be, I just want to be able to participate in the MLB in the future.” 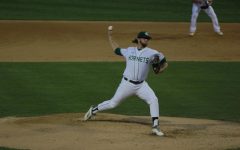 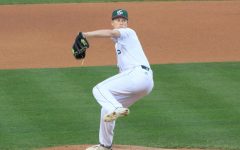 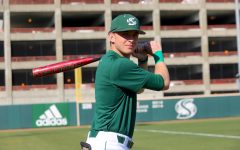