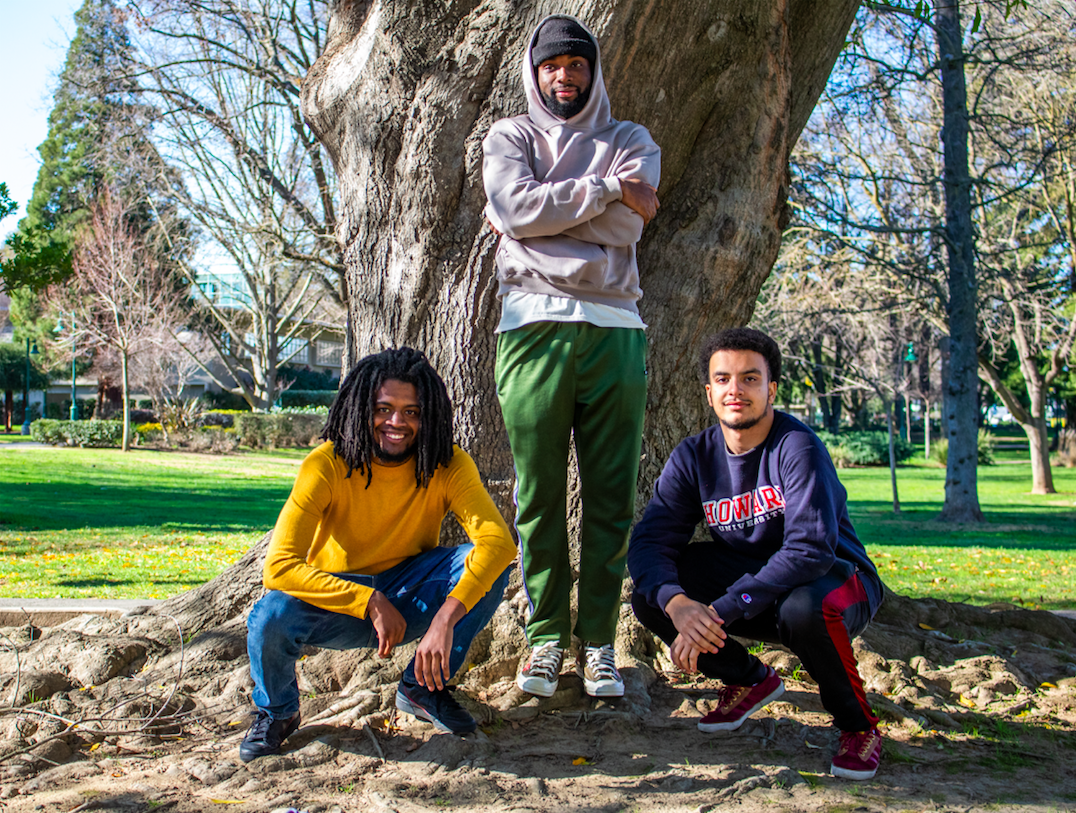 Donny Lewis Jr., Chukwudi Nnodim and Jordan Neel pose for a photo near Lassen Hall on Monday, Feb. 4. All three men shared their thoughts on their experience as Black students. (Rahul Lal)

Donny Lewis Jr., Chukwudi Nnodim and Jordan Neel pose for a photo near Lassen Hall on Monday, Feb. 4. All three men shared their thoughts on their experience as Black students.

They were forced to work in grueling, inhumane conditions for no pay. They were denied home ownership and the pursuit of interracial relationships. They were told their livelihoods were to be controlled by those in power.

Black History Month is a celebration of the trailblazing efforts Black Americans have made to reclaim their liberty, sovereignty and identity. However, there is still work that needs to be done.

In the fall 2018 semester, Sacramento State’s Black community made up 6% of the students body, according to the National Center for Education Statistics. In the 2018 Sac State Campus Climate Survey, only 4% of administrators, staff and faculty combined who responded identified as African American or Black.

The U.S. Census Bureau estimated in July of last year that 13.4% of Sacramento’s population is Black or African American.

In honor of Black History Month, some Sac State students in the Black community shared their thoughts on what the Black experience on campus is like for them.

A common theme between the interviewees is a culture of self-hate, where people in the Black community degrade their own or are judgmental of each other, said Sac State kinesiology major Nafia Thompson.

“That goes back into our own generation, and our own culture,” Thompson said. “We have so much self-hate in the Black community, period. So we (are) not really like, ‘Let’s come together.’ Other races can come together and be cool but we’re always (like), ‘I need to be on top.’”

Thompson compared this phenomenon to “crabs in a barrel.” The crabs fight each other and climb over one another just to get to the top.

“We always have to fight to be on top and be better than one another,” Thompson said. “And when you do try to come and be close to someone they’re like, ‘What are you doing? That’s weird, I wasn’t raised like that.’”

Donny Lewis Jr., an English major, said a true Black person “takes care of their own.”

“Like, this is my brother,” Lewis Jr. said, about others that share his Black culture. “You look out for your own without ruling out other people. Being pro-Black doesn’t mean you hate all other races.”

Most also agreed that stereotypes played an important part in living the Black experience. Jordan Neel, a senior film production major, said that while he didn’t hear many stereotypes in elementary school, that changed as he got older.

In community college, the comments subsided and during his first semester at Sac State, Neel said he didn’t experience any hate-filled commentary.

“It seemed like there was this weird switch last year, once it got to my second semester in spring,” Neel said. “I did start to experience, you know, certain, like, racism.”

Neel said there were uncomfortable moments where some non-Black students made comments in a “just joking” manner.

“But the thing is, it’s 2020,” Neel said. “I feel like we’re really beyond hearing racist jokes if I’m being completely honest.”

Neel said that he felt some people were still obsessed with stereotyping “not just all races, but Black people specifically” and that “there needs to be a way where we can be better.”

In that regard, Lewis Jr. said he dealt with similar treatment to Neel throughout his life.

“I remember just being young and they’d ask, ‘Oh, why is your nose so big?’ And that eventually turned into ‘Oh, wow. Your skin’s hella dark,’” Lewis Jr. said. “Then in middle school, it turned into, ‘Wow, you’re the whitest black guy I’ve ever met!’ That shit, it hurts.”

“When you think about college and university life, the first image that pops into your head, is white,” Fall said. “You know? Caucasian (equals) education. You don’t think of a Black person with a cap and gown on.”

Fall also agreed that seeing fewer Black people in teaching positions contributed to the issue of diversity in the work and educational field.

“That plays a role as to why we don’t even go to college,” Fall said. “You don’t see your people here to begin with. They’re not teaching, they’re not controlling anything, they’re not ahead. So it’s like, ‘What am I doing here?’”

Fall said she’s been at Sac State for five years and that during her time on campus, she’s only had one Black professor.

Robert Stanley Oden, a political science professor, took notice of the lack of faculty of color at Sac State.

Oden knows all about “fighting for the culture,” as Lewis Jr. said. In 1968, Oden joined the Black Panther party, intent on seeing change for his community.

As a professor, he founded the Center on Race, Immigration and Social Justice on campus and “raised hell” to get the campus to hire more faculty of color in his department.

Oden did praise the school for its efforts to bring more Black students to the campus, as he noted that the 6% was at least “up from the 3% or whatever it was before.” He also said that he did not see as many students engaging in the community.

Chukwudi Nnodim, a psychology major, agreed on the need for more Black educators.

Nnodim remembers being in class and being shown a presentation of the psychology professors at Sac State and only seeing one Black professor.

“Sometimes I feel like I’m here but I’m not seen or heard,” Nnodim said.

Nnodim recalled an instance where he attended an event meant to inform undergraduate students about graduate school and was discouraged by the Black student turnout.

“We offer support through the MLK Center, which is a vital force and a nexus for Black students to be able to have a central hub to meet with other students and receive counseling if they need it,” Watson-Derbigny said.

Watson-Derbigny mentioned peer advising, therapy sessions with counselors from The WELL, and the Cooper-Woodson scholarship as some of the center’s greatest resources.

Nnodim, who is a member of the Nigerian Student Association, believes that there is room for improvement in terms of unity for the Black community at Sac State.

“I just want everyone to get along,” Nnodim said. “It doesn’t matter where we come from. We’re all still Black at the end of the day and are discriminated against and face the same situations from society.” 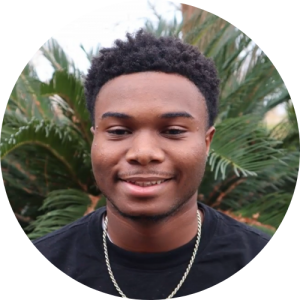