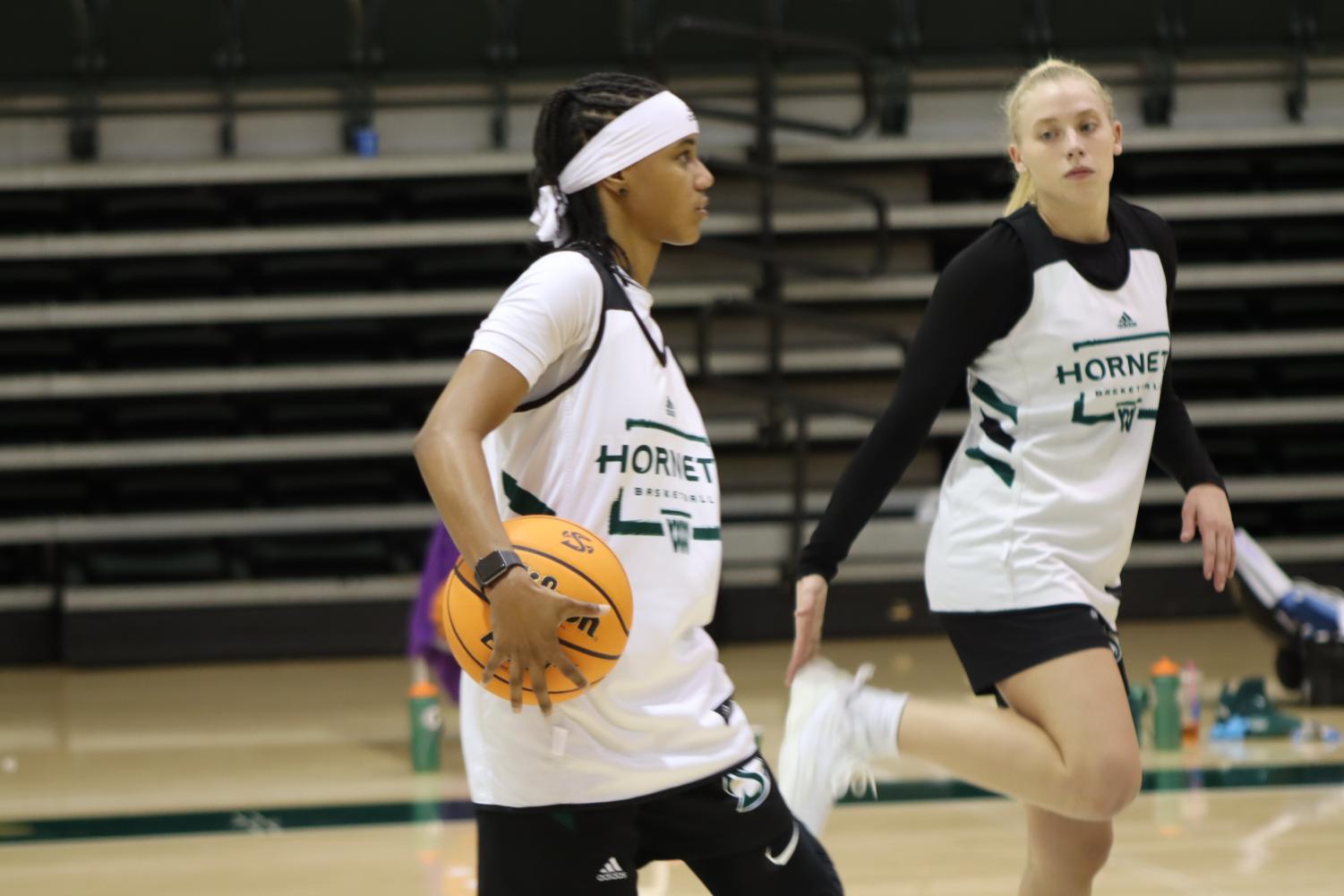 Graduate guard Lianna Tillman (left) and senior guard Summer Menke get ready to go in for five-on-five drills at practice in the Hornets Nest on Oct. 26, 2021. Menke and Tillman will get the opportunity to show their leadership against Cal on Nov. 9. (John Cabales)

Graduate guard Lianna Tillman (left) and senior guard Summer Menke get ready to go in for five-on-five drills at practice in the Hornets Nest on Oct. 26, 2021. Menke and Tillman will get the opportunity to show their leadership against Cal on Nov. 9.

Program hasn't had winning season since 2014-15

The last winning season for the Sacramento State women’s basketball team was 2014-15, and the team has been on a losing streak since with a record of 52-123.

After going 3-22 last season and deciding not to bring back head coach Bunky Harkleroad, Sac State looks to forget the past and try to create a culture of success around the women’s team.

It was announced on April 21 that Mark Campbell would be the new head coach and attempt to do what he has done to programs in the past: build them into winners.

Previously Campbell helped make the University of Oregon into the basketball powerhouse they are today, being the associate head coach and the main recruiter. He transformed them into a high nationally ranked team, winning multiple PAC 12 championships and has had WNBA stars mentored under him.

Taking over a program and being successful is tough at the Division 1 level, so Campbell brought with him from Oregon assistant coach Xavi Lopez, assistant coach Minyon Moore and new director of operations Megan Lopez.

“You want to have people you have been in the trenches with, people that you can trust, that will go into that foxhole with you,” Campbell said. “I am so thankful that they came and wanted to build this program together.”

The Hornets will feature nine returners and five new players, some of which are international players and transfers.

Having that mix of players truly wanting to play with each other and fight for one another with no animosity toward each other is an “ingredient to success,” according to Campbell.

“I think we blended well together,” said sophomore center Isnelle Natabou. “We spent a summer just having fun together. Even when school and basketball started and the pressure started to hit, I believe we are still standing strong.”

The team does not seem phased by being ranked low in the Big Sky preseason polls. Out of the 11 teams in the conference, they are ranked No. 8 in the coaches poll and No. 9 by the media.

“I know the work I put in and my teammates put in, so when the lights shine and the referees are there it’s not about rankings, it’s about who’s going to get that win,” said graduate transfer Lianna Tillman.

Lopez has implemented a European spread pick and roll for the offense, according to Cambpell.

At the helm of the pick and roll will be Tillman. Tillman is a 5-foot-9-inch shifty guard who transferred from University of the Pacific. She averaged 8.5 points, shot 38% from the floor and tallied up 90 total assists last season at UOP.

Tillman is a player who looks forward to being a leader on the team and helping the younger players get better.

“I want to work on being a leader on this team,” Tillman said. “With this being my fifth year, I have a lot of experience that I can give down to the other players and help them progress throughout their career.”

Lianna will be joined by Jazmin Carrasco, a 5-foot-4-inch senior guard who averaged 6.5 points and 2.1 rebounds in 19.8 minutes a game. Carrasco was the team’s best free-throw shooter last season, shooting 87.5% from the line.

Also returning is 5-foot-7-inch sophomore guard Jessica Rios. Rios averaged 4 points and 1.4 rebounds in 16.7 minutes of play. Rios played in all 25 games last season and started two. She had a season-high 17 points against the University of San Francisco.

The leader of the team last season, 5-foot-10-inch senior guard Summer Menke will also be returning this year. Menke has played all four years at Sac State and was a bright spot for the Hornets last semester when she led the team in points, rebounds, assists, steals and minutes.

The post will feature 6-foot-5-inch Natabou from the Czech Republic. Natabou is a transfer from Iowa Western, where she averaged nine points and shot 60% from the floor. She will be a strong presence around the basket and capable of using her strength against her opponent. Natabou chose Sac State over a few higher-rated schools in order to help change and build the program and looks forward to improving and helping her team.

“My whole life I’ve never focused on how to beat certain people, I focus on how to beat me, how to be better than I was yesterday,” Natabou said. “It doesn’t matter who is on the other team, she can be the next draft pick or Michael Jordan, we will beat them because I will do my best at what I do best.”

According to Campbell, the first thing Lopez does in the morning is grab a cup of coffee and hop onto the transfer portal. Three of the five transfer players are international players.

Along with Natabou is fellow 6-foot-5-inch junior center Alicja Falkowska who is from Poland but previously played in Hawaii where she averaged 2.3 points, 1.6 rebounds and shot 41% from the floor.

“Defensively they’re immediately going to impact the game, they will protect the rim and will be hard to score over,” said Campbell. “Both are very sound defensively and I know in our league there’s not a lot of players at that height and mobile like they are.”

They were also able to bring over 5-foot-9-inch freshman guard Benthe Versteeg. Versteeg is an athletic guard from Amsterdam who has experience playing overseas where she played for the Loon Lions.

It’s hard to predict exactly how the season will go due to the fact of having a first-year coaching staff and a lot of new players on the team. The team does have an advantage in a veteran point guard running the offense.

The Hornets will also be bigger than most of their competition with Natabou and Falkowska. Along with the two centers are 6-foot-2-inch sophomore center Neysa Munguia and  6-foot-2-inch freshman guard Katie Peneueta. This kind of size is not something the Hornets have had in the past.

They also now have a coach with a lot of winning experience, having gone deep multiple times into the NCAA tournament and winning just as many conference championships.

The Hornets will likely be starting a small-ball lineup so they will have to run players off the three point line and lead them to the paint where Natabou will be waiting.

Perimeter defense will be key so that they can minimize the amount of three-pointers being made. Natabou should be able to handle her own in the post so they will not need to double down low.

The Hornets will play well and have a good conference record, but if they can win it all and receive the lone Big Sky tournament bid remains to be seen..

The Hornets will open the season on the road against Cal on Tuesday at 7 p.m. and will have their home opener on Sunday against San Jose State at 2 p.m. 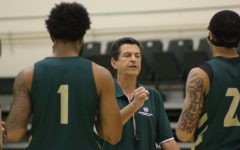 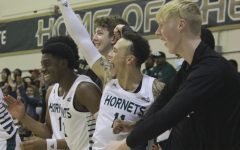 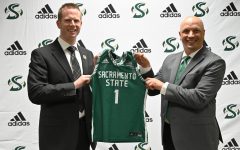 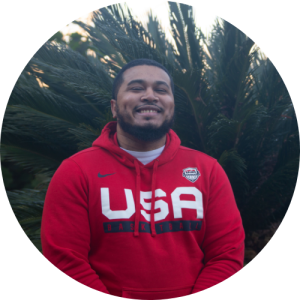