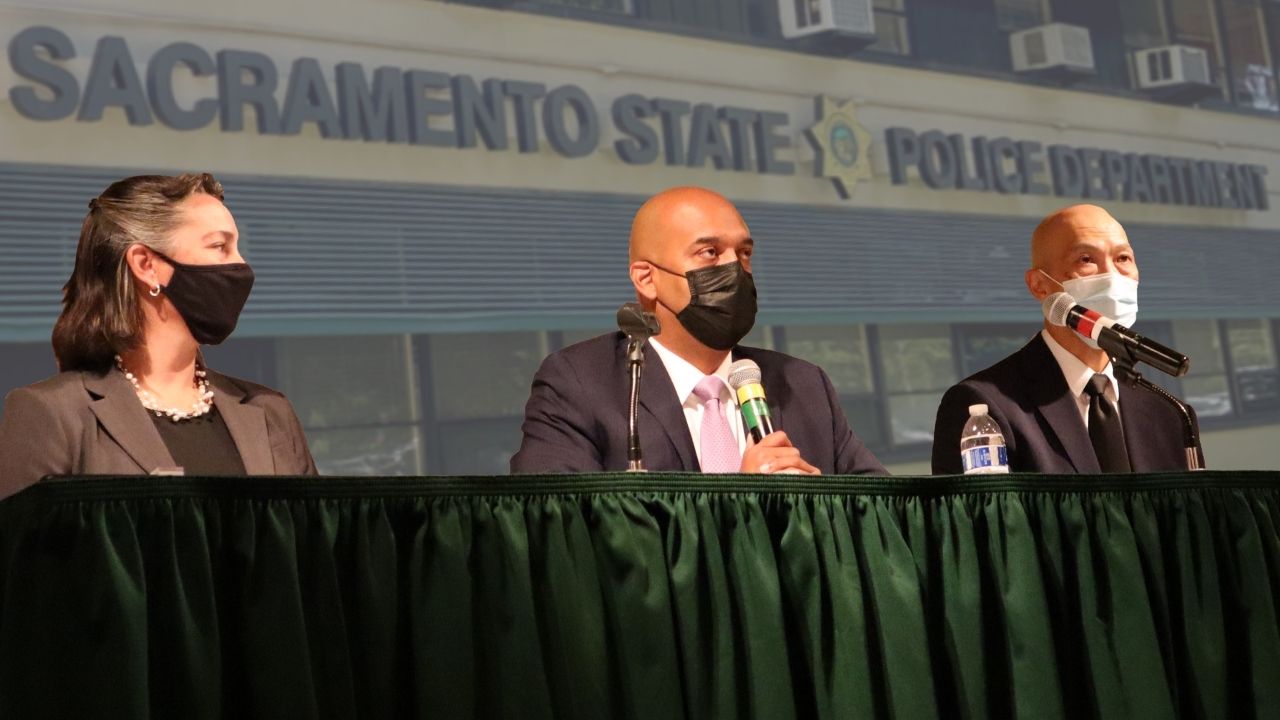 The Sacramento State Police Department hosted a place for members of the university’s community to talk to police Chief Chet Madison Jr. and two of his Lieutenants, Harvey Woo and Christina Lofthouse on Tuesday.

Members of the campus community spoke to Madison about their opinions on the department and unresolved issues that the SSPD must address.

On June 4, an altercation between campus police and a group of cyclists resulted in a Sac State police officer, who sources identified as Sergeant Vincent Burton, kneeling on the neck of a suspect.

According to Madison, the investigation into the two officers involved in the altercation, Burton and Corporal Doug Nguyen, is still ongoing five months later. Madison also said he has not watched the video of the incident taken by one of the cyclists.

Madison was asked about the incident on campus on June 4 where a @sacstatepolice officer kneeled on the neck of a cyclist and said he has not watched the video of the incident. “The investigation is still ongoing. It is continuing and it is not going away,” Madison said.

One arrestee the night of June 4, who the Sacramento County District Attorney’s office identified as Francisco Muñoz, was taken to a hospital before the police took him to be processed and charged. Muñoz told The State Hornet that the police department said they would “cover the cost” of a $4,000 bill for an EKG to assess his injuries.

When asked about this medical bill, Madison said he was “not aware of that bill.”

“As you know, the campus released the anti-racism and inclusive campus plan, and that is the work of not just one division, but it should be the work of all,” Elizalde said. “What is the plan for the police department to be involved in making our campus an anti-racist campus and your goals for that?”

Madison said that both of the lieutenants present are on an anti-racism committee for the anti-racism and inclusive campus plan.

“There is much work that I understand that needs to continue to go into that plan,” Madison said.

Lofthouse said that she is focusing on the SSPD policies to see if SSPD would be able to change some policies to accommodate the values expressed in the anti-racism plan, adding that one of the things that SSPD is doing is adjusting their hiring and recruiting practices.

“We are not attracting people of color, and we want our department to reflect our campus,” Lofthouse said.

Woo told Elizalde about his immigrant background, saying he grew up in “Asian culture” and that English is his second language.

“Having that perspective and being a law enforcement service provider gives me a unique opportunity to mentor my fellow officers and my younger officers,” he said.

I’m hoping that when our students move on and start being our future leaders, they can look back to us and say ‘You know what? The Sac State Police Department, they did good and we trusted them.’”

Elizalde met with Chet Madison on Oct. 15 to present him and the SSPD with the results of a survey based on the campus community’s thoughts on the department, including students’ reactions to Burton’s and Nguyen’s use of force on June 4 as well as other concerns about the SSPD.

In that survey some students expressed support for the SSPD and others condemned its presence on campus.

Madison said that in response to the findings of ASI’s survey, the SSPD will be collaborating more with ASI.

“The ASI survey is a survey that I’m glad they did. I support that,” Madison said. “It’s a survey that I will continue to work with Samantha [Elizalde] on some of the positions.”

The State Hornet asked Madison at the event whether SSPD would be interested in implementing social workers and psychologists in their department and on police beats, something that the 2020 protests asked for in their calls for police reform.

Madison claimed Sac State was a safe school but said he was open to social workers and psychologists going on beats with police officers in the department.

“It’s something I have experience with my former employer,” said Madison, who used to work for the Sacramento County Sheriff’s Department prior to being the chief of police at the SSPD. “There’s a few challenges, but I think it’s something that as law enforcement continues to evolve, I think we can get there.”

However, Madison said there is more to the issue than just the willingness to explore new policing routines with social workers and mental health professionals. He said he needs to ensure any person working with the police department is safe and protected “if the worst case comes up.”

“My history and experience has been, as soon as we have someone that wants to get on board with [law enforcement], we tell them ‘OK, great, when can we get you fitted for a bulletproof vest?’ because that’s just a safety precaution,” Madison said.

Madison said that in his experience, after the topic of the bulletproof vest comes up, that is when the social worker or psychologist says, “‘that’s kind of not what I signed up for’” but said he was still open to the idea.

The State Hornet also asked the SSPD panel about an incident on Oct. 30 at the Hornet Commons where three students were robbed and assaulted by three suspects. The timely warning notice from the SSPD described the suspects as three “Hispanic males.”

“We had multiple individuals on the scene witness-wise, so that is the information provided to us,” said Madison.

“I’m hoping that when our students move on and start being our future leaders, they can look back to us and say ‘You know what? The Sac State Police Department, they did good and we trusted them,’” Madison said. 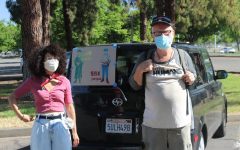 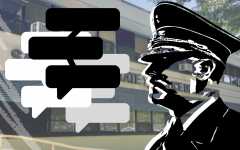 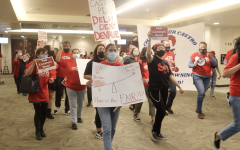 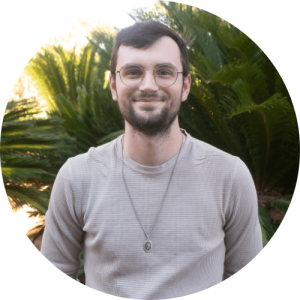 Kris Hall, multimedia editor
Former opinion editor Kris Hall is now the multimedia editor of The State Hornet. He is a transfer student from Fresno City College. This is his third semester at this publication and will graduate in spring 2023.