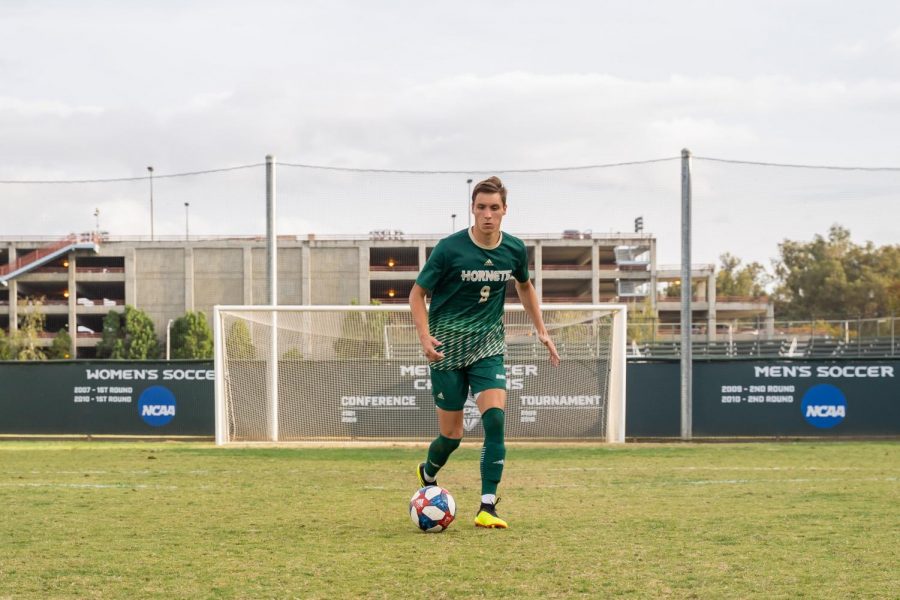 Sacramento State sophomore forward Benji Kikanovic had a successful freshman season in which he racked up many accomplishments from winning Big West co-Freshman of the Year to making the Big West All-Freshman team and the Big West All-Second Team.

“All those awards to me are really nothing,” Kikanovic said. “It’s good for me personally, but at the same time for me, it’s more of a team game and last season wasn’t the best season.”

After he learned about winning multiple accolades, the first person Kikanovic told was his dad, Sead Kikanovic.

“I told him and he’s like, ‘okay good,’” Kikanovic said. “That’s it, that’s all he said. He didn’t tell me anything else. He’s tough on me and really doesn’t tell me ‘good job.’ He doesn’t really care for any of those awards.”

RELATED: Freshman is dangerous on the field and vital to team

Kikanovic said he started playing soccer around the age of 5 in Antelope. He fell in love with the game and began his journey with it in the coming years.

“I didn’t actually start playing on a team until I was around 9 or 10 because I would just train with my dad, ever since I was young, everything that I did soccer-related was just me and my dad, one-on-one,” he said. “Then my dad thought I was ready to go on a team and actually play organized soccer. He signed me up for a (recreational) team and then that’s where it all started.”

Kikanovic’s love for soccer was influenced by his dad’s experience playing soccer in his homeland of Bosnia and Herzegovina.

“My dad used to play soccer when he was younger, back in his day,” said Kikanovic. “He’s from Bosnia so he played over there, told me he was good, so I believe him. I think that’s what led to me playing.” 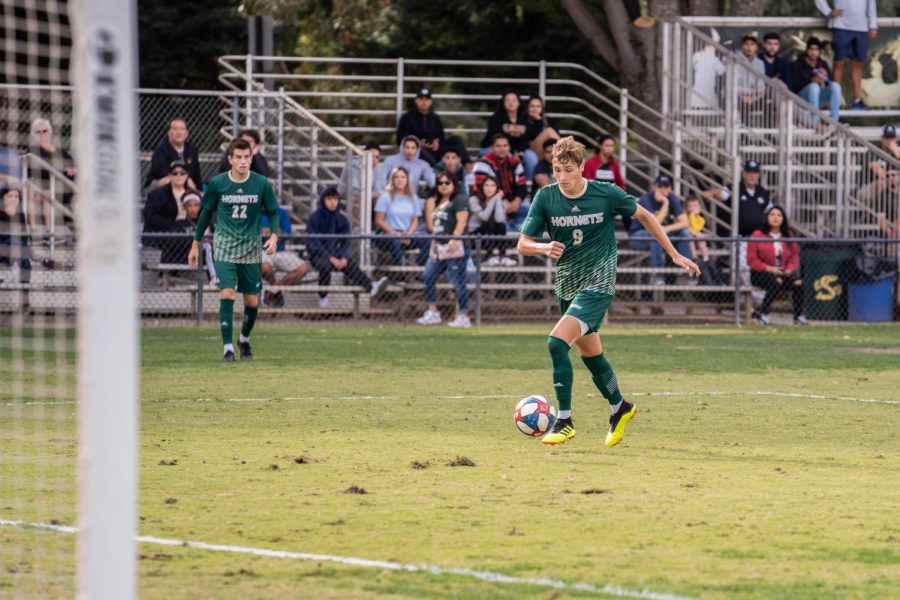 Kikanovic said he and his family knew early on when he played organized soccer, that playing collegiate soccer could be in his future.

“I just felt like I was better than a lot of the players there, and I was just thinking to myself ‘I could make a living out of this, I could play (in) college,’” Kikanovic said.

Azra Kikanovic, Benji’s sister, said her brother was gifted from a young age.

“We just knew he was different,” Azra Kikanovic said. “He handled the ball differently than kids his age.”

“We started recruiting Benji when he was a junior in high school,” Linenberger said. “We’ve been keeping our eyes on him since he was even younger than that. He just (has) a special talent ability to score goals. (Benji has) speed, (is) good with the ball, (is a) good passer and competitor. We felt he was the whole package.”

Linenberger said Kikanovic also has a work ethic that separates him from a lot of other players.

“He doesn’t just train with us five days a week or whatever, he trains on his own and he has done (that) since he was in high school,” Linenberger said. “He trains a lot on his own and goes out and works on shooting and works with the ball, and over the course of time that makes a big difference.”

Many of his teammates recognize the skills set Kikanovic adds to the team.

“Playing with him is a lot of fun, a great joy, he also (adds) a different dimension to our team,” senior midfielder Matt Carnefix said. “Obviously holding the ball up for us at the top and scoring goals. Even when he’s not (scoring), he’s definitely creating space for a lot of the other guys behind him.”

Linenberger said he admires Kikanovic as an athlete and as a person.

“I think that Benji is really nice, he’s a good person, he’s a great teammate and he cares about his teammates,” Linenberger said. “Sometimes when you see players that are garnering a lot of attention… (they) tend to sometimes be a little bit arrogant and self-absorbed. That’s not Benji.

The Hornets are currently 6-7-2 and have three regular-season matches remaining until the Big West tournament begins in November. The top six teams out of the conference’s eight teams play in the tournament and the Hornets currently sit at last place.