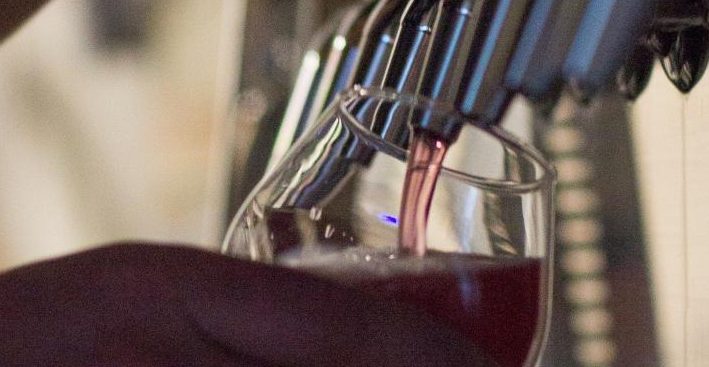 Once a week for about three hours inside a science lab in Humboldt Hall, something incredible is brewing.

A new biology class offered this semester focuses on the craft of beer brewing and distilling. It is taught by professor Robert Crawford, who has a background in studying infectious diseases. Crawford said that the context of beer brewing is not that far from studying bacteria in a clinical setting.

“I’ve been brewing this idea for a couple of years,” Crawford said.

Crawford and a group of friends he brews with, who are listed as the course organizers, created a class syllabus and lesson plan. It wasn’t long before they got approved by the department chair and a curriculum committee.

Looking in the course catalogue, you will not find “beer brewing and distilling” listed. Crawford is using Biology 185: Topics in Biology to teach the course. Biology 185 can be used to test out a class before it receives its own designation.

The course was designed for beginning biology students who have passed prerequisites, including Introduction to Biology and Organic Chemistry. Much to Crawford’s surprise, he had a full roster of 30 students on the first day as well as a waitlist twice as long, despite the course not being advertised. 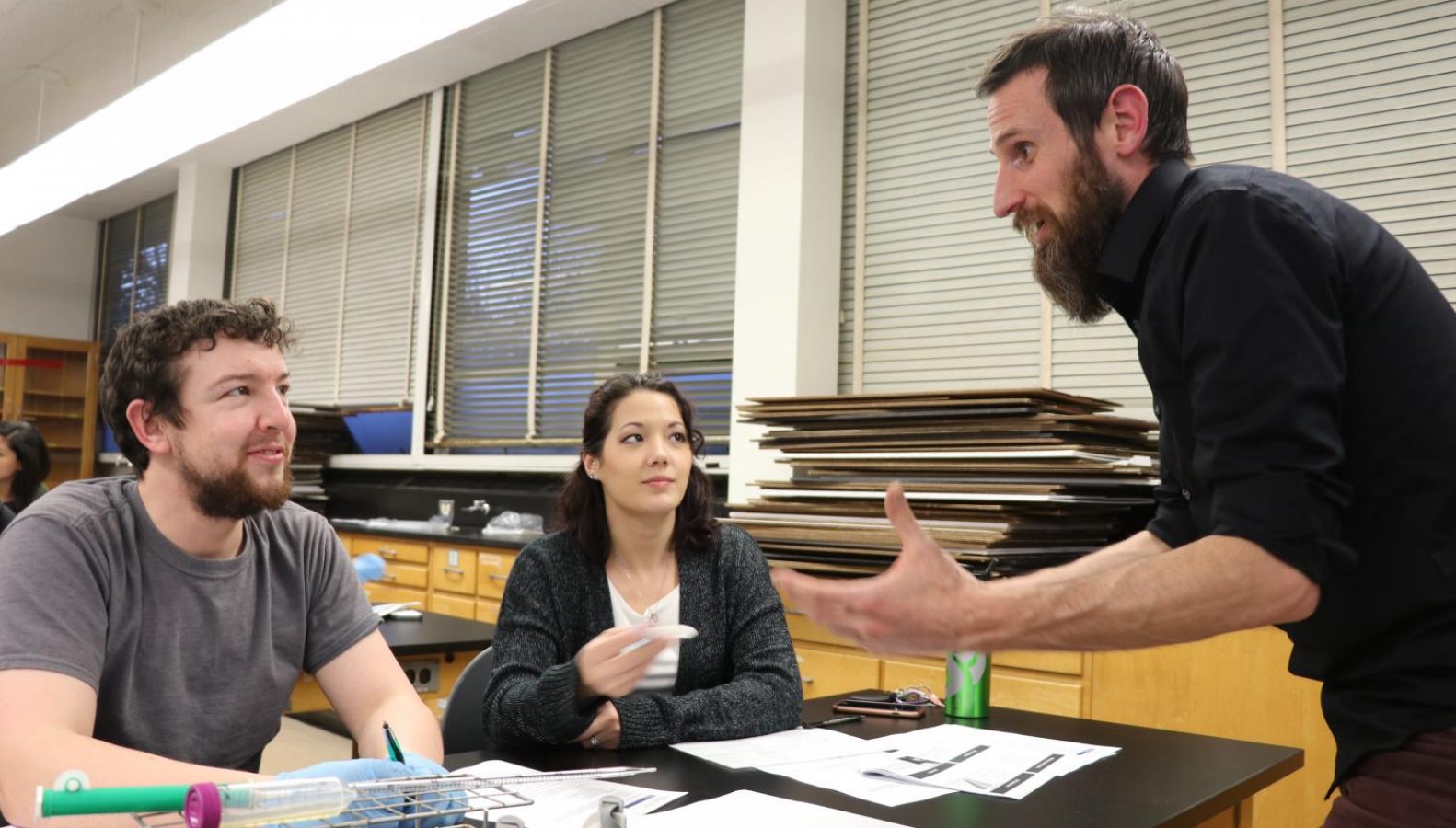 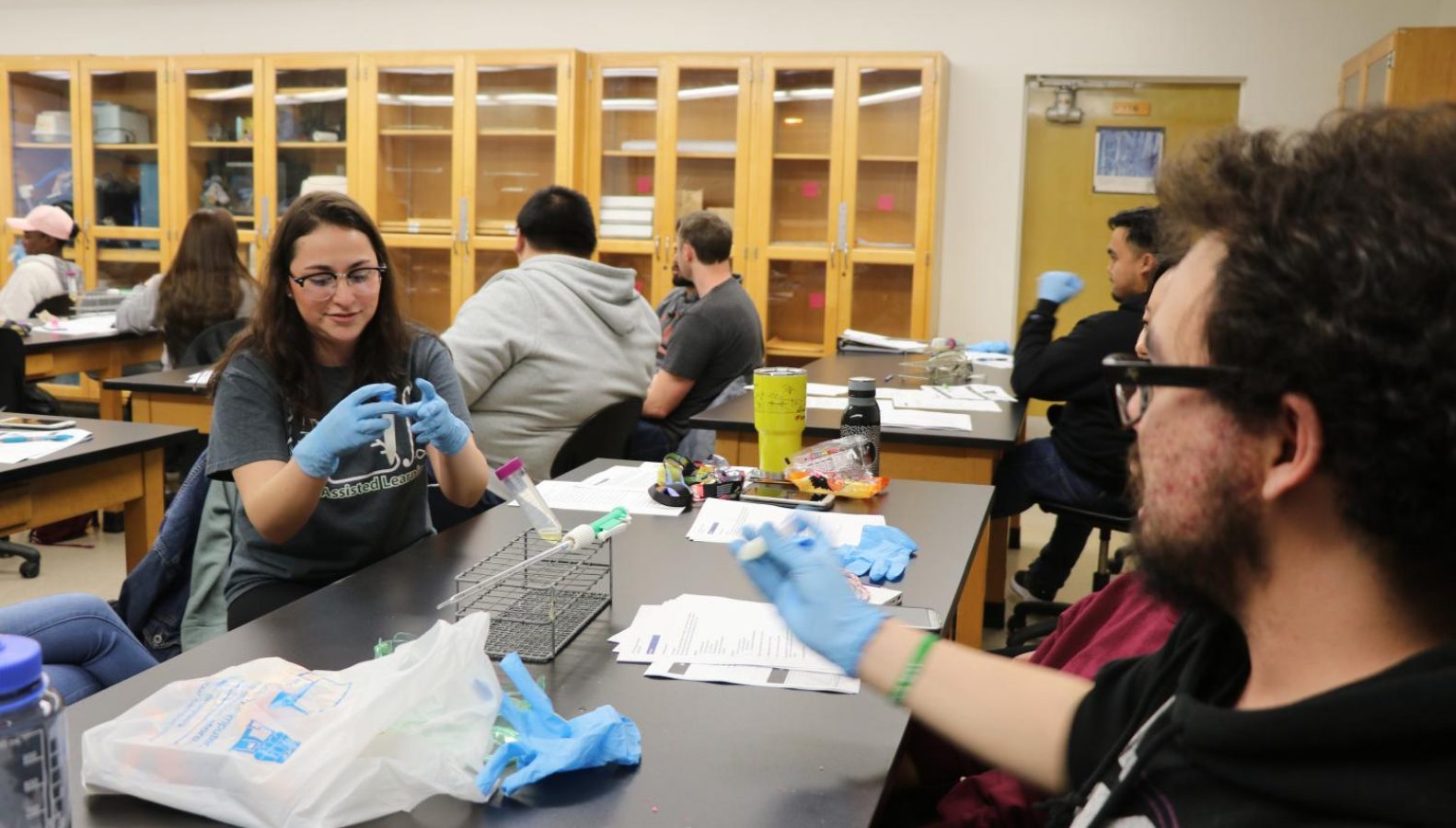 “I think the demand is there,” Crawford said. “We’ve been able to build something really, really special. And I think students are really digging it.”

After a survey was given the first day of class, Crawford discovered some students enrolled didn’t even know the class was about brewing and distilling. But what has been rewarding for Crawford is seeing those students develop an appreciation for beer.

“I didn’t know what this class was at first,” said Shahrzad Sobhi, a senior biomedical student. “But I’m happy I took it. I don’t know a lot about beer so this class has been great.”

The class covers the history of brewing ranging from ancient times to the prohibition era in the 1920s. One topic covered is the significant role women played in brewing beer throughout history. Fittingly, the makeup of the class is two-thirds female.

During the colonial era, the majority of breweries were run by women. The wives would brew from home, as it was considered a domestic task. After it was discovered how profitable brewing was in the 19th century, the industry became male-dominated.

Crawford has broken down the class into three parts: lecture, discussion and activities. The class has conducted controlled experiments — including engaging in the mashing process at different temperatures and isolating live microbes from kombucha, a fermented drink that contains bacteria and yeast and is known for its health benefits.

The process of beer production begins with crushing grains such as barley or wheat. The grain is then mixed into a large vessel with hot water to form a mash.

This process prepares the grain to produce natural sugars. Yeast then ferments those sugars into alcohol. Students conducted a mash during a controlled experiment.

Crawford’s goal is to touch on all aspects of the industry with lessons on wine and spirits, as well as the business and law of marketing beer.

According to Crawford, jobs in the traditional biology field can be somewhat limiting. By focusing on the different features of the brewing industry, he hopes to get students thinking more cleverly about the careers they can put their degree toward.

“This is the No. 1 thing I feel my responsibility here is — to provide applied learning in my courses so that students are ready,” Crawford said. “And if they want to stay around here, then it’s my job to connect them to industries here.”

Jon Hughes, one of the class collaborators, currently runs the quality control lab at Heretic Brewing Co. in Fairfield.

While Hughes worked toward his degree, he realized that he did not want to go into traditional microbiology research. Now Hughes hopes to expand the students’ perspective of job opportunities as the beer industry continues to flourish.

“The craft-beer movement is continuing to grow every day,” Hughes said. “The more people know about beer from a scientific and historical perspective, the more they can enjoy and respect it.”

The collaborators of the class, though not regularly present in the classroom, help Crawford in designing lecture content and creating assessments for the class.

One of the collaborators of the class, Chris Lopez, was recently awarded a grant from the Burroughs Wellcome Fund, which supports biomedical scientists. Lopez put the funds toward the distilling course, recently spending two weeks in Sacramento lecturing the class.

“He could have put them to whatever he wanted, and he chose to do it here with us in this class,” Crawford said.

The final class meeting is a tour of a local brewery, the Device Brewing Co. Students will also get the opportunity to participate in a question-and-answer panel with industry experts.

Crawford is excited for the future of this course, as Sacramento continues to grow as a site for breweries. In the Sacramento area there are currently over 65 craft breweries, according to beersinsac.com.

The earliest the course will be offered again is next spring, and Crawford already sees a lot of untapped potential moving forward.

“I think this could brew into something really big,” Crawford said.