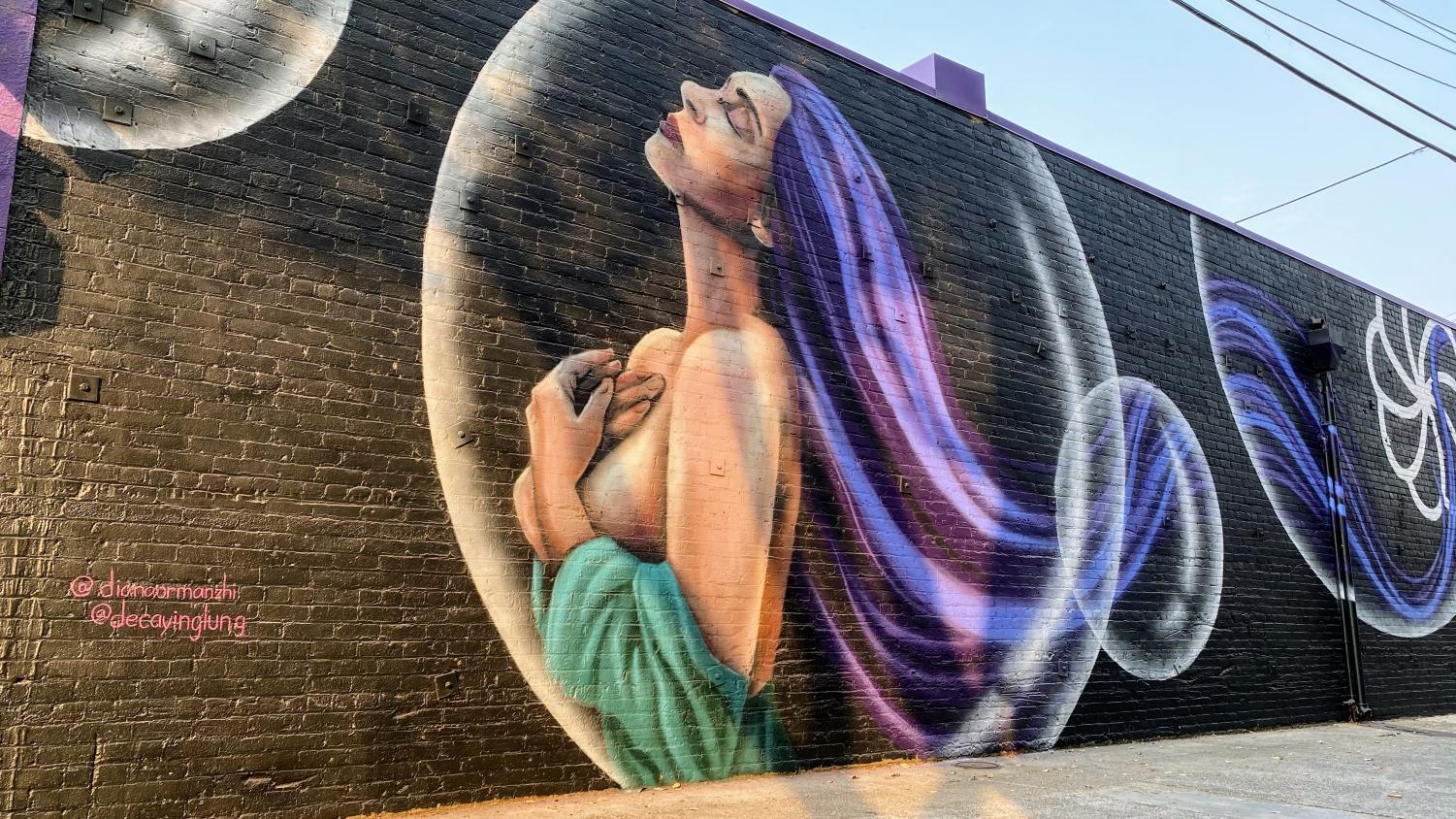 Wide Open Walls artists give Sacramento a burst of color

Despite a pandemic, Sacramento held its fifth annual Wide Open Walls this year, a project dedicated to larger-than-life murals painted throughout the city.

Founder David Sobon received more than 400 artist applicants for this year’s event, which included both emerging and seasoned artists. This year 30 different artists were featured according to the Wide Open Walls website, most of which are local to Sacramento.

Diana Ormanzhi was among the pool of new artists to be featured.

“Street art has such a different energy compared to painting in solitude in a studio,” Ormanzhi said via email. “It was so refreshing to be outside all day long, allow the paint to get messy, and fall into a routine of painting all day every day.”

Wide Open Walls artists created their pieces between Sept. 10 and Sept. 24, although Ormanzhi finished her mural in 11 days. Her mural can be seen from Governor’s Alley on the Kolas HQ building at 701 12th Street. Kolas is a marajuana dispensary local to Sacramento.

“I painted alongside local artist Eric MacLachlan, who assisted me with every step along the way,” Ormanzhi said when she described the process of creating the mural.

“It was a good break from the quarantine stuff,” MacLachlan said. “It’s good to kind of get up and focus on being outside and working on something together.”

MacLachlan said he applied to Wide Open Walls, but did not get selected to be featured as a primary artist. MacLachlan had a second chance to participate in the festival when Ormanzhi’s application was accepted.

“We’ve known each other for probably four or five years,” MacLachlan said. “It was nice to be able to work on something big and get a game plan and not really have to check in with each other too much, to kind of trust each other that we both had the skill to make something good.” 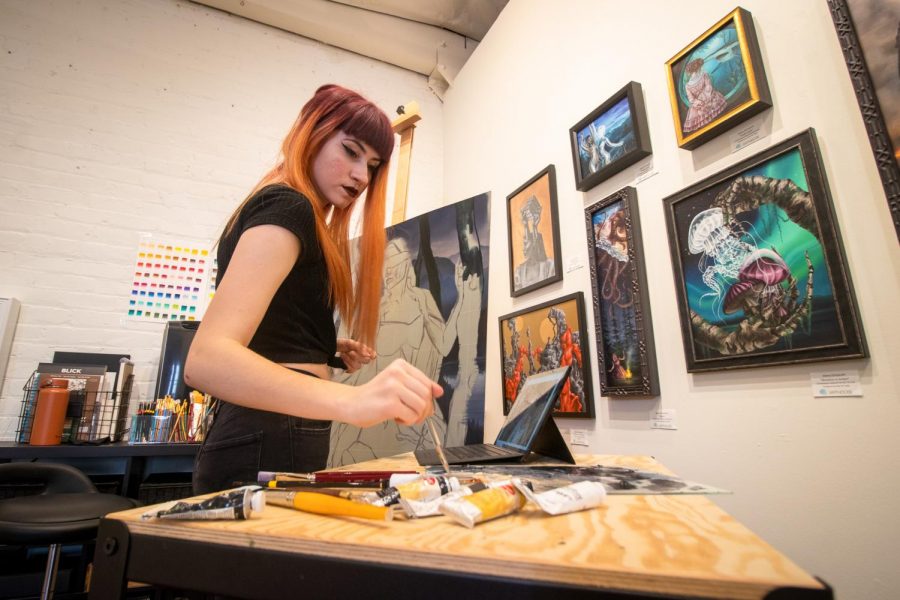 Gallery|4 Photos
Patrick Posuniak
Diana Ormanzhi, a Sacramento artist, references her tablet as she works on her newest work Tuesday Oct. 6, 2020. Ormanzhi will typically create a piece first as a collage on her tablet in order to draw inspiration for colors and textures.

Ormanzhi said the Kolas crew requested she paint a mural along with the business’ logo, the Wheel of Eternity.

“During the design process, I played around with the Kolas slogan which is ‘Elevate Your Life,’ and decided to depict it as floating bubbles,” Ormanzhi said. “I wanted the lady within the bubbles to look vibrant and peaceful with her hair flowing in the wind.”

Ormanzhi began pursuing art while working part-time at an art supply store. She recently got an art studio at Arthouse on 10th and R street in downtown Sacramento, where she plans to paint more regularly.

“An art career is a risky and challenging choice,” Ormanzhi said. “There’s a certain thrill that comes from small successes along the way. I hope to eventually become a full-time artist but that will be a gradual transition that I’ve already started.”

Ormanzhi and her family lost their home in a fire in September 2019. She said even though the experience was devastating, she managed to keep a positive outlook.

“Standing on a pile of ashes that were your room 12 hours ago gives you a whole new perspective on life,” Ormanzhi said. “In the following weeks, I eventually went back to my regular job and college classes while living out of a van. At the time, making art felt like such a distant and unachievable dream or a hazy memory.”

Ormanzhi said she lost a large collection of art supplies and countless art pieces in the fire. She said starting from scratch was challenging but proved to be a unique opportunity.

“As an artist, all the old projects I was no longer excited about were gone and I was able to start with a blank slate knowing exactly what kind of artwork I want to strive for and what materials I’ll need to get there,” Ormanzhi said. “My first few art pieces were simple pen drawings and when I finally had a place to paint again, I was full of ideas and motivation. I’m very proud of the artwork I’ve created since the fire and have a deeper emotional connection with it.”

A few blocks from Ormanzhi’s mural is Improv Alley, where artist Madelyne Templeton showcased her mural. Templeton is a Sac State alumna who graduated in 2017 with a bachelor’s degree in studio arts.

“This one was for the Sacramento Environmental Coalition,” Templeton said. “I wanted to show that the youth needed to open their eyes to climate change. We need to take action, not sleep through or ignore.”

The main figure in her mural features a woman with her eyes closed surrounded by flowers and butterflies. Templteton said she chose to include specific plants and butterfly species that are native to California but are endangered or suffering from habitat loss.

“The butterflies are another meaning of transition, adapting,” Templeton said. “If the butterflies can do it, we should be able to do it as well.” 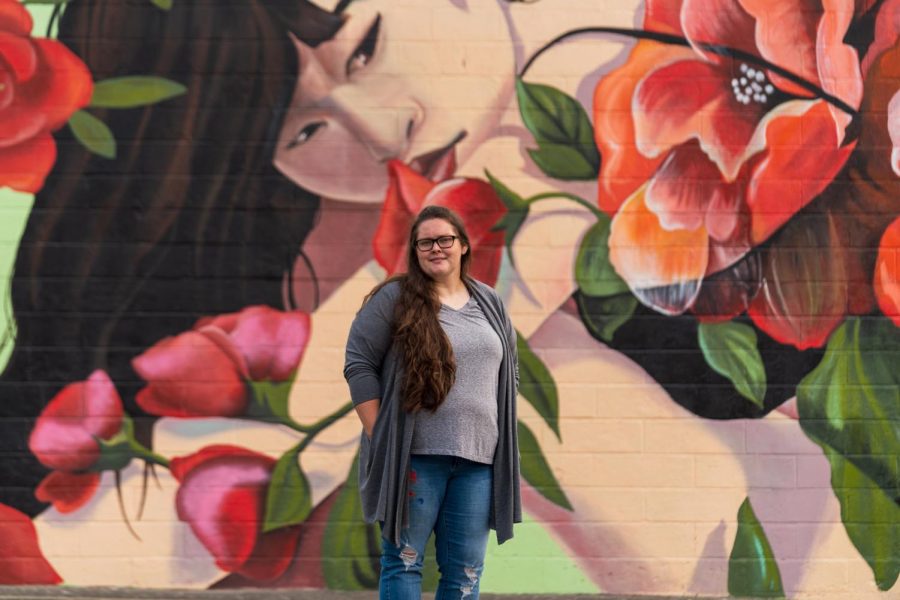 Gallery|3 Photos
Patrick Posuniak
Artist Madelyne Templeton poses in front of another mural she painted in Roseville. Templeton is an alumna of Sac State and painted her first mural in Yosemite Hall on campus.

Templeton’s first mural was completed in December 2016 on Sac State Campus. It features Herky the Hornet in military-style uniform for the ROTC lounge in Yosemite Hall. Templeton said that first mural at Sac State was an important learning experience for her career moving forward.

Templeton said that she has come a long way since her first mural and has participated in other street art events, including the Roseville Mural Project. She has also completed commissioned murals for businesses in Yuba City, Marysville and Roseville.

People interested in seeing the artwork done through Wide Open Walls can look on their website  where there’s information on planning a self-guided tour. 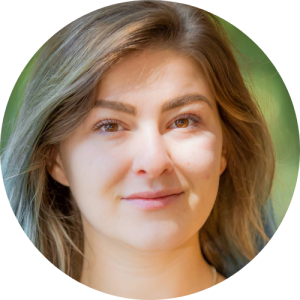 Anastasia Sher-Jones, staff writer
Anastasia Sher-Jones joined The State Hornet as a beat writer for arts and entertainment fall 2020. She was previously the features editor for the Express at Sacramento City College where she profiled a survivor of the Golden State Killer. After graduation she plans to pursue a career in investigative writing and analytics.
Leave a Comment