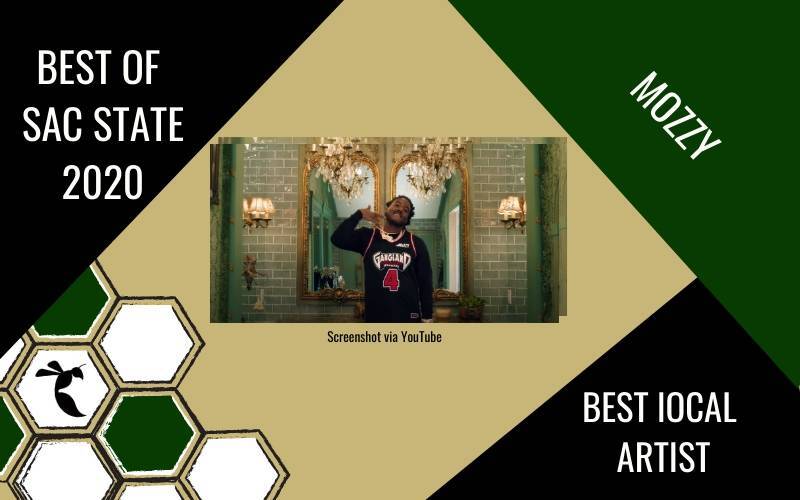 After growing up in the Oak Park neighborhood of Sacramento less than five miles from Sacramento State, Timothy Patterson, known professionally as Mozzy, was voted “Best Local Artist” by Sac State students  in The State Hornet’s fourth annual Best of Sac State survey.

Mozzy won the award after Hobo Johnson and the Lovemakers took it home last year. This year has been a big year for Mozzy as he released his fifth studio album “Beyond Bulletproof,” which is currently ninth on Apple Music album charts.

The album had features by Polo G, G Herbo and Shordie Shordie.

In 2018 Mozzy’s song “Seasons” appeared in the soundtrack for the movie “Black Panther,” which helped him gain a wider audience.

“Mozzy speaks about real world problems and the struggles growing up in Oak Park,” said undeclared student Joseph Stern. “He uses his life experiences to paint pictures with his lyrics.” Mozzy has appeared on songs with YG, the late Nipsey Hussle and Blueface. His fame has garnered himself over a million followers on Instagram.

“He raps about stuff that people don’t really discuss, like coming from the struggle and how you have to fail to make it sometimes,” said Nolan Seager, a business major at Sac State.