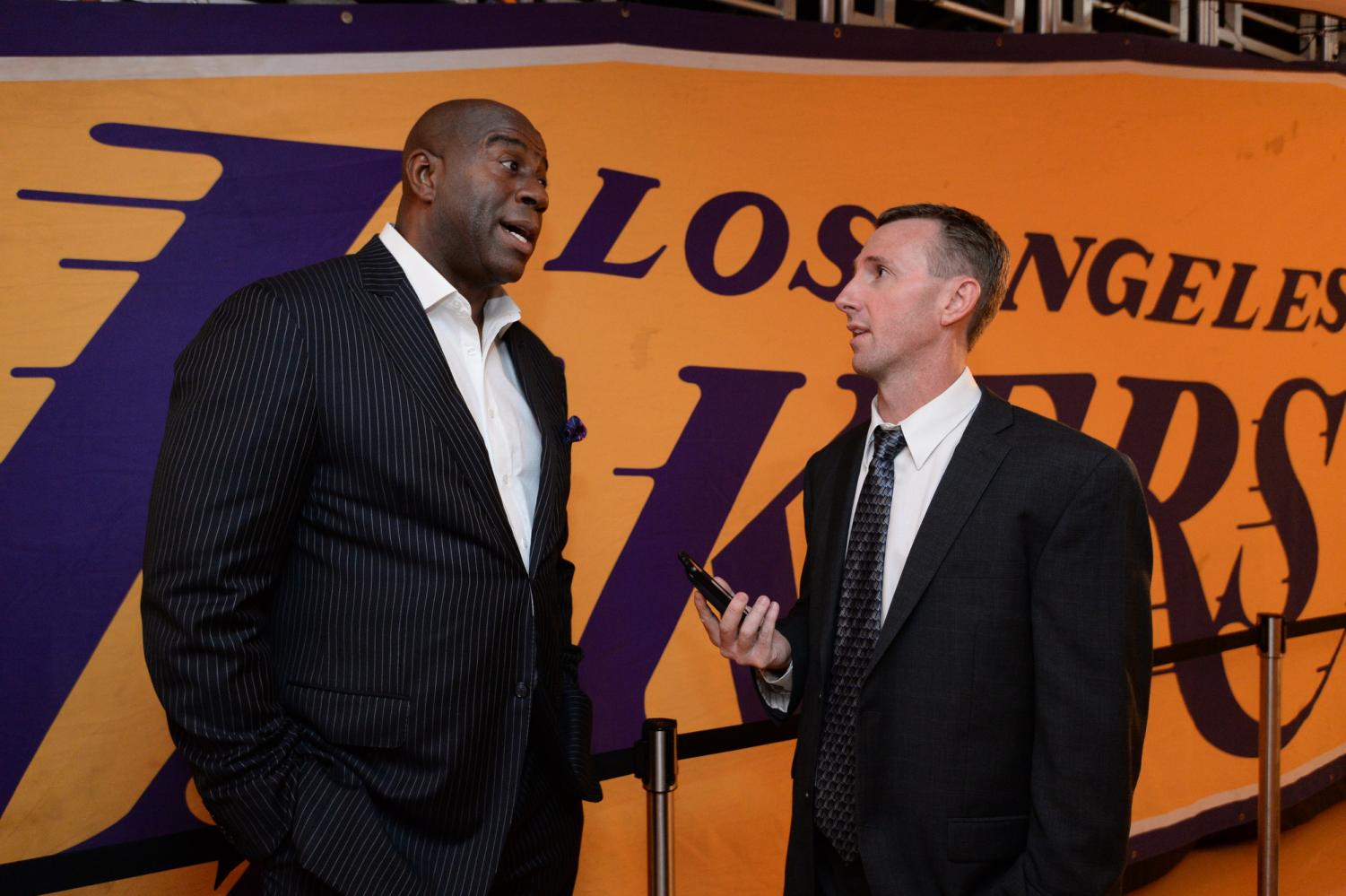 Sac State alumnus Sam Amick interviews Basketball Hall of Famer Earvin “Magic” Johnson before a Clippers and Lakers game on Oct. 19, 2017 at the Staples Center. Amick currently works as an NBA insider for The Athletic, and was one of the few reporters assigned to work inside the NBA bubble. (Andrew Bernstein - Associates Photography INC.)

Sac State alumnus Sam Amick interviews Basketball Hall of Famer Earvin “Magic” Johnson before a Clippers and Lakers game on Oct. 19, 2017 at the Staples Center. Amick currently works as an NBA insider for The Athletic, and was one of the few reporters assigned to work inside the NBA bubble. 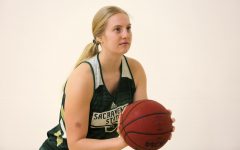 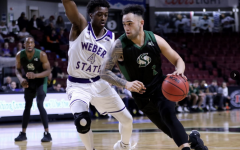 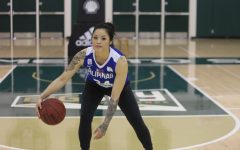