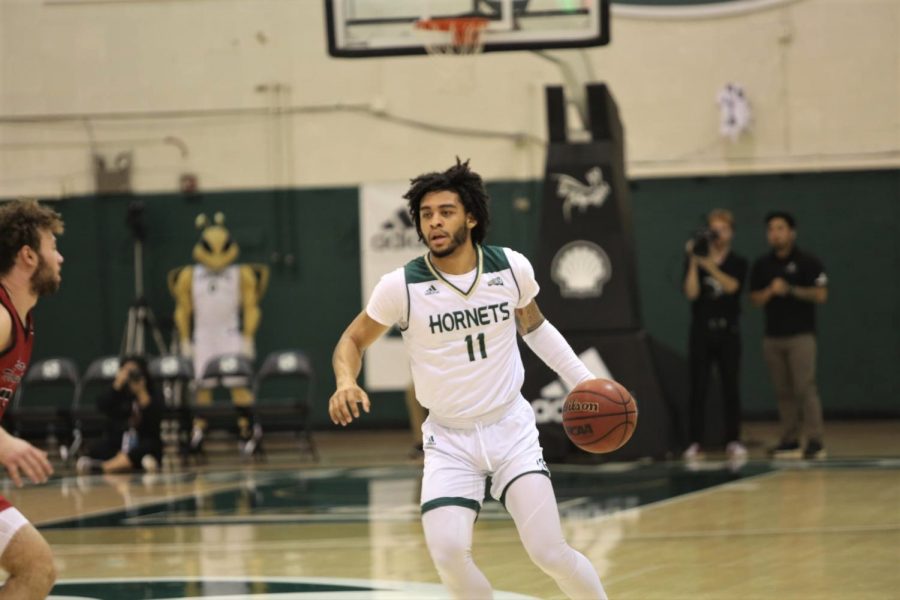 Brandon Davis describes himself as someone whose identity goes beyond labels.

“I would describe myself as a student athlete, but more than that,” Davis said. “I feel like I’m an open person and family oriented.”

Davis has been playing sports since his youth and said he takes extreme pride in being able to play at the collegiate level as a Black athlete.

“I feel like from any cultural background, being an athlete means something to anybody,” Davis said. “But especially for the Black culture, going to college and playing college basketball is a dream that a lot of people strive for.”

Though Davis ended up pursuing a college basketball career, he said his family always reminded him to try new things when he was growing up, and not become stigmatized by the false narrative that pressures Black and African American men into thinking they can only be basketball players, rappers or other stereotypes of that nature.

“My parents were open to anything,” Davis said. “I actually used to fence at one point. I feel like we have to open that mindset so people know that there’s anything you can do.”

Brandon Davis is a communication studies major and is averaging close to 7 points per game on 39% shooting from the field.