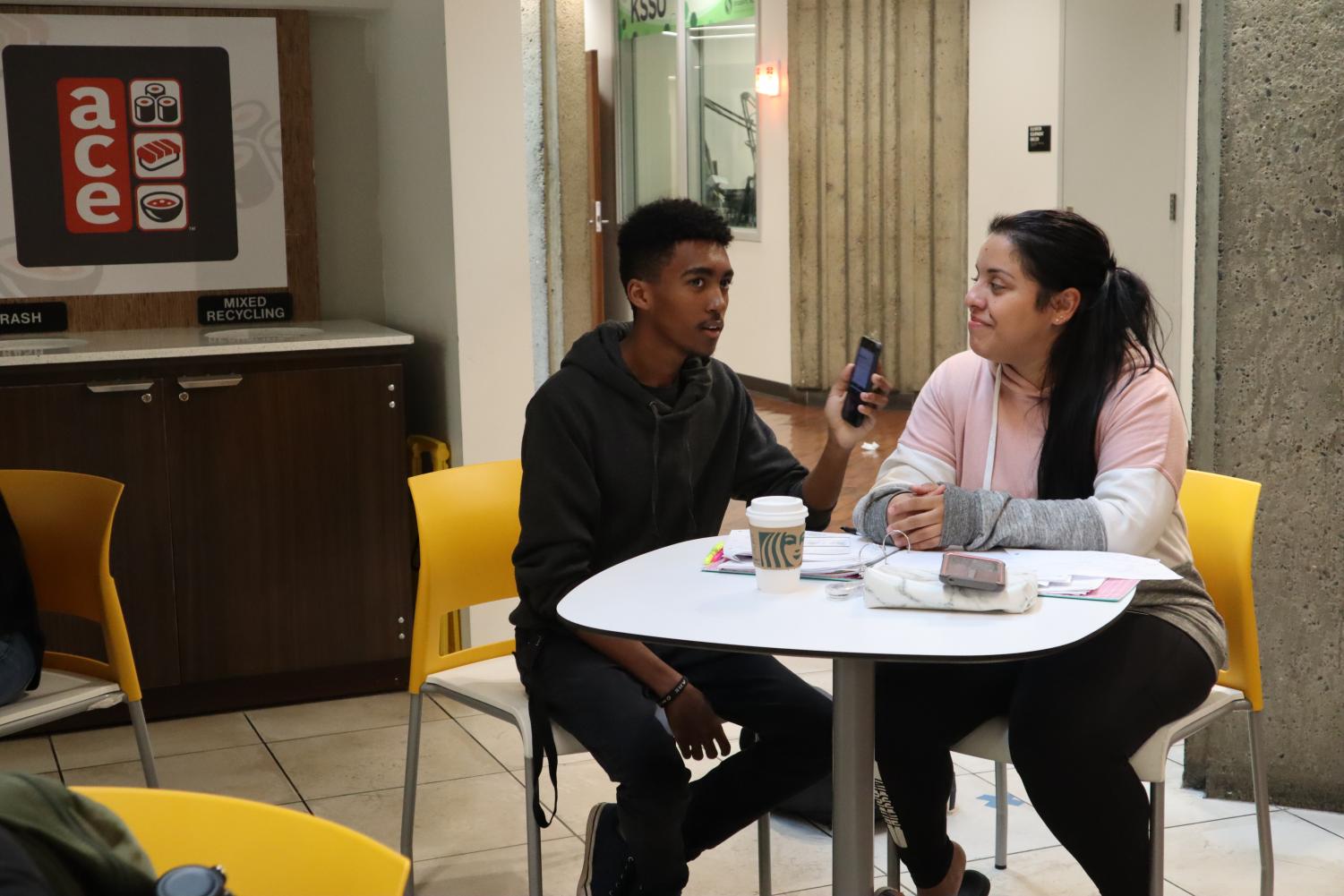 “‘Do you think Sac State is a friendly environment?’

This awkward exchange is one of many in the viral TikTok by film major Nebaiot Lemma, also known as @nebaiot on TikTok and Instagram.

Lemma’s TikTok has gained 2.5 million views on the TikTok app since it was posted Oct. 16. TikTok is a social media app where users can create, watch and share short videos “from Comedy, Gaming, DIY, Food, Sports, Memes, and Pets, to Oddly Satisfying, ASMR, and everything in between” according to the description in the Apple App Store.

When asked about the video, Lemma said he thinks it took off because of its nature rather than its content.

“It was just so random and incoherent, which is what this generation loves,” Lemma said.

The TikTok is a clip that comes from his longer video “Sac State Tour (GONE RACIST)” originally posted to Lemma’s YouTube channel. In the video, Lemma gives a mock tour of Sacramento State’s campus, then goes around asking students questions. The video currently has close to twelve thousand views.

Lemma first started making YouTube videos during his junior year at West Campus High School when he made a diss track for the senior class. He then went on to make vlogs at the school during his senior year.

Lemma said he came up with the idea of posting videos on TikTok to draw a new audience to his YouTube channel, but had to create a longer video to make TikTok clips for.

“I was looking for YouTube video ideas and I got tired of vlogs and for my first video in college, I thought a tour would be most fitting,” Lemma said. “I tried to remake the (official) Sac State (tour video) but more realistic, and that’s how the video was birthed.”

“I was confused but also I couldn’t stop laughing,” said pre-biology major Jamie Carino about “Sac State Tour.” “Especially the part where the girl said she’s seen a couple (of) dead squirrels around.”

Lemma was already making TikToks and videos alone during his free time, but started making videos with his friends in the Sac State residence halls when he arrived at Sac State. Lemma says around this time is when his audience began to build.

“My friends lived there and didn’t want to leave, so I just made (videos) in the dorms,” he said. “Also, (the dorms) had a free pingpong table.”

“I personally do have fun (helping him) because every reaction is different,” Torres said. “It’s funny seeing what he comes up with, how people react to it, how he follows through with it.”

Torres described Lemma as a ‘people person’ and said his sociability is how they first became friends. Torres also said Lemma’s ability to talk to people and be outgoing helps him when filming videos.

“I feel like he does a good job of doing what he has to do, and then after, when he’s done recording, he talks to them,” Torres said. “He doesn’t just walk away with ‘thank you for letting me record you, goodbye.’”

“He doesn’t just record them, he interacts with them and makes them feel like people.”

Lemma said he gives out his YouTube handle to people who are in his videos, so they are always aware of where the videos are going and where they can find them.

Lemma said students have started to recognize him as “that guy from TikTok” on campus and that he has even been stopped for pictures. While filming for his “Skateboarding” video some of the people he was interviewing knew who he was and played into the video instead of acting candid, he said.

“I try to be a humble person but I’m literally the most popular guy at Sac State… That was a joke, I was being sarcastic,” Lemma said about the attention his newfound “fame” has brought him. “I think the whole experience (is) amazing, but it’s probably gonna die down in a couple of weeks.”

Lemma said the videos he made during high school were well-received by students, but not by the school itself.

“The students loved it,” Lemma said. “The administration, they thought my videos were putting a negative impact at the school.”

For Lemma, his videos showed the true side of his high school, the fun parts, the real lives of students and made the school look like a place prospective students would want to attend. Now, Lemma said he is doing the same with Sac State.

“I want to, through my videos, make Sac State a better environment,” Lemma said. “Or to other people who are out of Sac State, if they see my video, for them to think Sac State is actually a cool place.”