GALLERY: Music for the soul to blossom 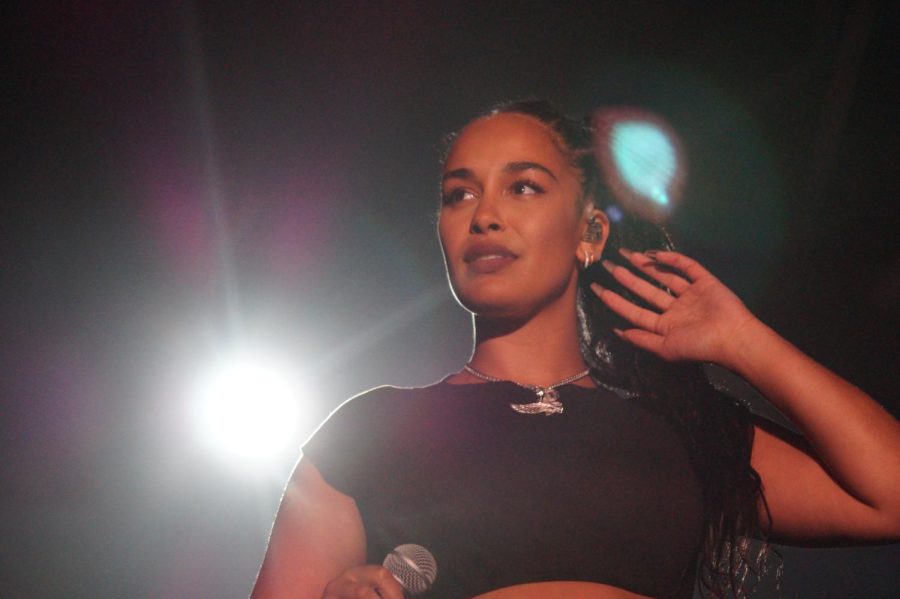 Jorja Smith performs on the Blume stage at Discovery Park in Sacramento on Saturday, April 30, 2022. Smith is an English singer-songwriter who was one of four women headliners at Sol Blume festival this year. (Photo by Laura De la Garza Garcia)

Echoes of dulcet R&B tones could be heard from the Jibboom Street Bridge as attendees walked across it ready for the festivities.

Sunny days and the sound of wind in the trees entered the festival grounds for two days at the Sol Blume music festival starting Saturday, April 30.

Sol Blume in Sacramento returned for the first time since 2019 in Discovery Park. The festival was a two-day event that had all women headliners.

The weekend featured mostly R&B artists mixed with some hip-hop. Fans came to support the musicians and dressed aesthetically for the event.
Sol Blume Day 1