Meet the women-led group of eco-artists for environmental change 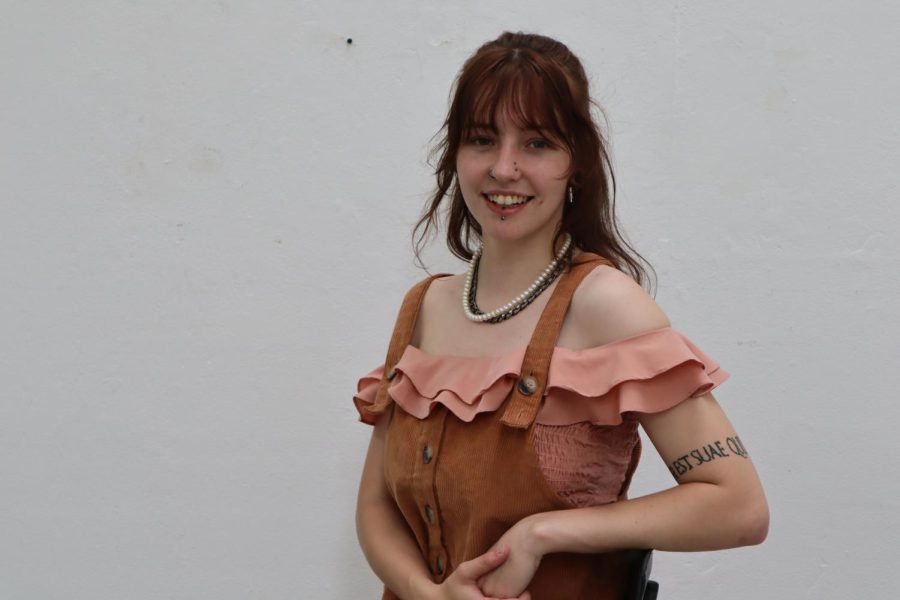 Studio art sculpture student Ember de Boer poses for a portrait on April 8, 2022 at the arts and sculptures lab at Sacramento State. “The environment is something my brain can wrap around and keep working on,” de Boer said.

Sacramento State art major Ember de Boer moved to California from Kansas City, KS in hopes of continuing to express her creativity through art. During her senior year of college, de Boer said her uncle encouraged her to join a collective that aligns perfectly with her mission as an artist.

Women Eco Artists Dialog, also known as WEAD, is an international organization based in Oakland, CA that focuses on developing women’s unique perspectives through ecological and social art, according to its members. WEAD members say the organization aids in this development by helping artists connect with one another, providing resources for their art work, and opening exhibitions for artists to be able to showcase their art.

Artists may express their creativity through painting or music, but the women of WEAD find their way of art to be slightly different. WEAD artists express themselves through making art from waste and by being eco friendly.

“It’s been a long journey coming to California, seeing the Oakland art, hearing allegories and stories from my uncle and then him just telling me to get involved,” de Boer said.  “It’s such a simple step becoming a member, but it’s just so nice to have this personal reason for wanting to collaborate and join something.”

WEAD was founded in 1996 by Jo Hanson, Susan Leibovitz Steinman and Estelle Akamine. The three women said they shared a vision of creating opportunities for artists with ecoarts exhibits and programs.

They met at each other’s houses in the beginning and compiled the paper directories at Steinman’s house. Later, a WEAD office was created in Oakland, according to co-director Mary White.

Collaborating with WEAD is something that de Boer said she sees herself doing not only at the start of her career with them, but her career as an artist in general.

De Boer said she believes that her work and mindset align with that of the organization, and that the environment will always be at the core of her work.

“Deconstruction of previously used items and then reassembling them…it’s just shown up in my work even when I was a painter before I started doing sculptures,” de Boer said.

De Boer said she looks forward to receiving mentorship from WEAD members and artists as she knows it’s a two-way process. She understands that they will not only be teaching and mentoring her but they will also be learning from what she knows and believes.

One of WEAD’s goals is to make it easy for artists working on ecological and social justice issues to connect internationally, according to Davidson.

Davidson said she hopes the organization will serve as a bridge for artists to come together to collaborate and share their artistic skills and ideas to fight social justice issues.

Sophie Schultze-Allen connected with WEAD while studying at Laney College in Oakland, California, where she was introduced to the ecoarts matters course by her dad.

Working with WEAD through this course allowed Schultze-Allen to connect more with the environment, according to her, which helped her create visual art and prints.

Schultze-Allen, de Boer and other members of WEAD said they are glad to use their art to comment on environmental issues and show how to be more in tune with the environment.

“The environment is something my brain can wrap around and keep working on,” de Boer said.“As someone who has a big heart, that’s my chosen way to affect change.”