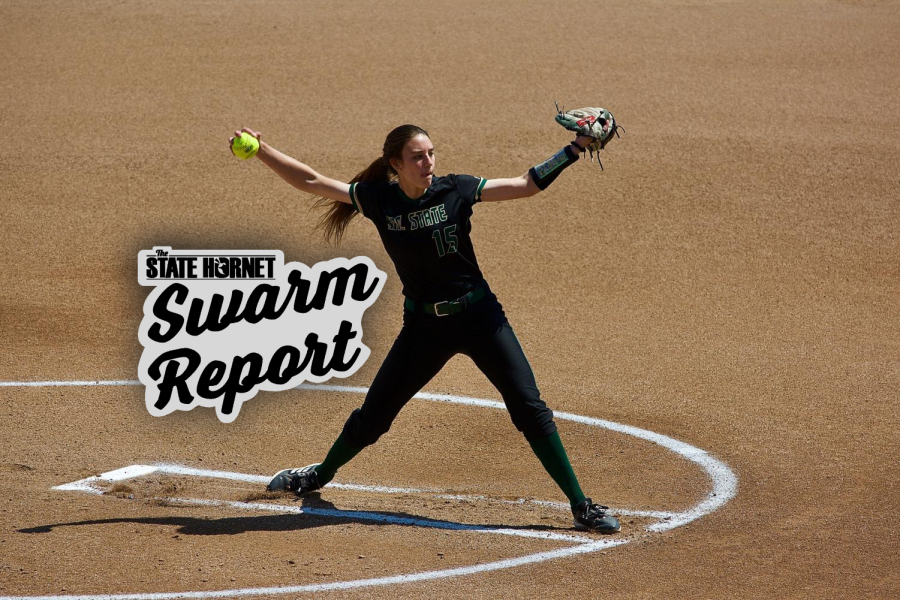 Marissa Bertuccio pitches against the University of Montana on Saturday, April 23, 2022 at Shea Stadium. The softball team currently sits with a 25-20 record after winning three straight against Montana last weekend. (Photo by Spencer Fielding. Graphic made in Canva by Mack Ervin III)

On this week’s episode of the Swarm Report, sports co-editor Brandon Bailey gives the weekly rundown of the sports going on around Sacramento State’s campus including baseball, and tennis debut in the Big Sky tournament.

Following the rundown, Brandon sits down with softball beat writer Spencer Fielding to discuss the state of the team and how they’ve progressed throughout the course of the season.