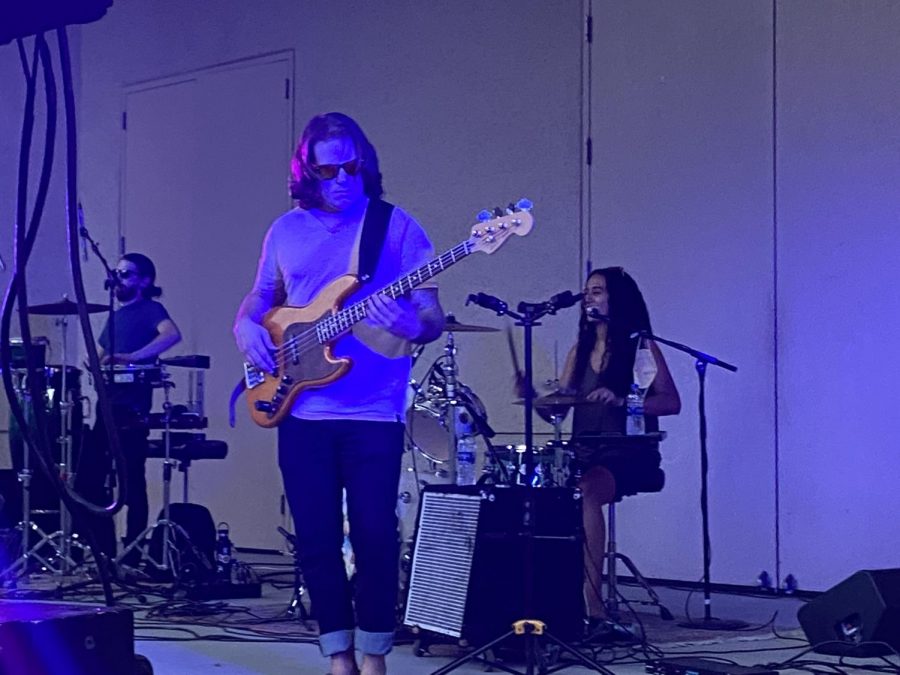 The event was part of the organization’s outdoor concert series, an effort to strengthen community within the student body.

Chris Haislet, the band’s lead vocalist, frontman and founder said that the group, which first came together in 2005, likes to explore many different types of music.

“We like to not tie ourselves down to one specific genre, so we do a lot of blues,” Haislet said. “We do rock. We do reggae. We do some funk. We try to do a little bit of everything.”

This is the band’s first performance at Sac State in the last seven years.

The band’s set lasted one hour, playing Haislet’s self-described bluesy tunes to the steady crowd of music lovers that gathered in Serna Plaza.

UNIQUE’s use of social media, posters around campus and word of mouth advertising contributed to the event’s turnout.

“A poster was actually sent to me in a group chat, and I would absolutely go see another [concert],” said first-year French major Catherine Rogers.

Elysse Fresquez, a fourth-year public relations major and student assistant for UNIQUE Programs, joined the organization during the pandemic as a way to get more involved on campus.

“It’s really all about community building and having that college experience,” Fresquez said. “There’s no other events on campus that really bring together the community this much. This is just some way for us to really let go of all the stresses of school and enjoy life and the college experience.”

UNIQUE consists of volunteer Sac State students who plan out fun and innovative forms of entertainment and bring them to campus. UNIQUE has hosted many artists, including popular figures like Cordae, Kel Mitchell and KRS-One.

Ajamu Lamumba, who is currently an advisor for UNIQUE and has been involved with the program for nine years, said he believes it is beneficial for students to get involved in campus life.

“Many studies have been done that shows students who get involved with campus life do better,” Lamumba said. “This is a large university, and if you’re not connected in some way, it’s easy for you to fall in the cracks. With an organization like UNIQUE, we are always checking on our people.”

With many students experiencing on-campus life for the first time due to COVID-19, finding a social circle can be challenging, especially if you don’t know where to look.

Health Science major Breanna Williams, who is also a volunteer student and social media marketer for UNIQUE, explained some of the reasons as to why she joined the program.

“I find it a big hobby of mine to deal with social media and marketing,” Williams said. “Just promoting events and getting to know people was something I really wanted to accomplish before I graduate.”

Williams hopes to capture students being on campus for the first time and advocates for all students involving themselves in the program in some form or another.