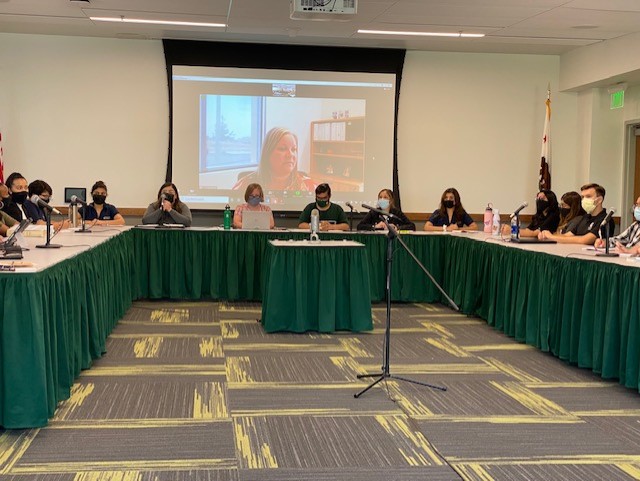 Sacramento State’s Associated Students, Inc. board of directors appointed a director of business and a director of graduate studies, as well as discussed an audit of ASI’s finances for the 2020-2021 school year, during its meeting Wednesday on Zoom.

ASI President Samantha Elizalde said that ASI opened applications for a new director of business on June 7, but had to extend the deadline multiple times due to a lack of applicants and receiving applicants who were graduating in 2021.

After a long search, Elizalde said the board came to a final candidate, Karely Rivera. Rivera is a fourth year business major with a concentration in marketing and a minor in communications.

Elizalde said Rivera expressed interest in wanting to be the middle line of communication between students, staff, faculty and administration.

“I’m sure that she will transition into the role well,” Elizalde said.

Rivera said she wants to commit to making a difference at Sac State, especially for the students in the College of Business.

She also said that her past experiences have provided her with the ability to contribute to a team by connecting through relationship building, helping encourage others and investing in achieving a common goal.

“I want to join efforts with other like minded individuals like yourselves in order to collaborate in enriching the campus community,” Rivera said to the board, adding that she is “more than willing to continue learning and growing in this position by doing everything in my power to make a change.”

The board voted to approve Ezra Cabrera to serve on the board as director of graduate studies. Cabrera is a second year master’s student in sociology and is an advocate for LGBTQIA+ students.

Cabrera said he applied for the position not only out of interest for making a difference on campus, but because he felt it would be beneficial to have a transgender voice on the board.

“Being part of ASI would be an incredible opportunity to help others on a larger scale and collaborate with others to make change for students here on campus,” Cabrera said. “A lot of my advocacy focuses on the LGBTQIA+ community on campus, including growing multimedia QIA events.”

One of the examples Cabrera gave was working with a local studio helping trans and queer musicians with shows.

“With his passion for advocacy, I believe he’ll be a great fit for this position,” Elizalde said.

Accounting firm K∙Coe Isom’s auditor Christy Norton also presented the audit of ASI’s finances to the members of the board and the audience via Zoom.

In her presentation, Norton said that the biggest fluctuation in ASI’s income statement during the past year was the program service fees, which includes money from the Aquatic Center, Peak Adventures and the sale of graduation-related items like caps and gowns. Norton added that the decrease in revenue was the result of the effects that COVID-19 shutdowns have had on ASI.

Norton said that the primary service fees decreased from $4.7 million in 2019 to $3 million with the partial shutdown of campus in 2020, and then down to $1.8 million in 2021, showing the dramatic effect the shutdown has had.

“We didn’t drop to zero, so there’s still some things that the student services can provide,” Norton said. “But really with that shutdown, it does have an impact.”

Norton said that if there can be a silver lining with the shutdown, it is that repairs and upgrades were able to be done around campus.

Norton said there was also a $1,000 decrease in ASI’s expenses, as less ASI employees were able to be on campus last year.