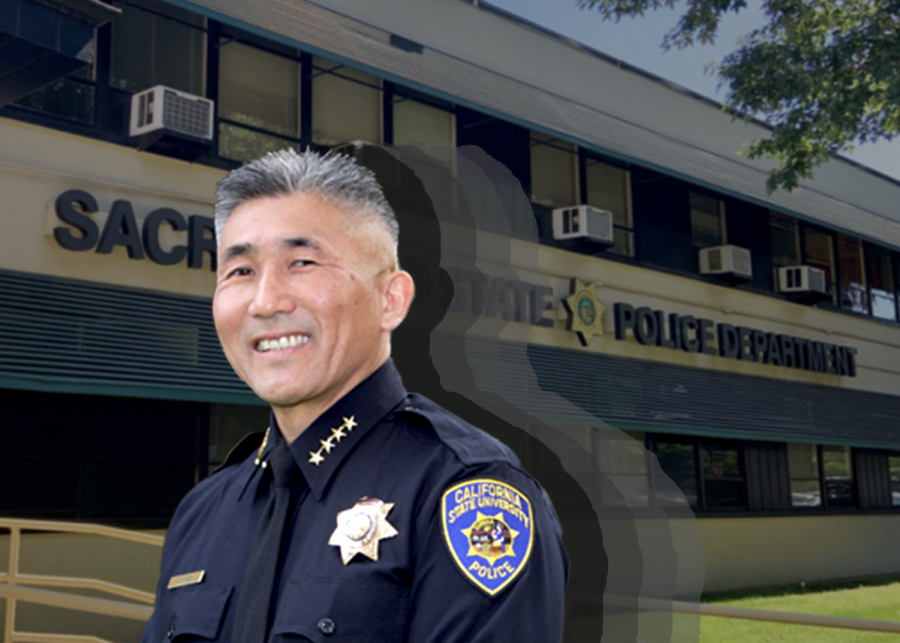 Sacramento State is searching for the next chief of police after current chief Mark Iwasa announced his retirement. Vice President for Administration Jonathan Bowman said the search committee hopes to make a decision by the end of the spring semester or at the end of this coming summer.

After current Sacramento State police chief Mark Iwasa announced he will be retiring this summer, Sac State is looking for its next police chief.

“The recruiter from Bob Murray, Joel Bryden, has extensive experience in both law enforcement and public sector recruiting, including successful recruitments of 31 chiefs of police,” Bowman said. “His firm looks for candidates nationwide and utilizes a number of avenues to find qualified candidates.”

CSU Students for Quality Education and students at a recent “defund the police” caravan at Sac State have criticized the university for selecting Bryden and his firm because of his handling of an incident in which his officers killed a 22-year-old in 2012. The East Bay Times reported that in response to the 22-year-old’s death, Bryden said “no officer wants to shoot to kill” and “officers don’t shoot and kill anyone unless they are absolutely forced to.”

Bowman stated in a SacSend email May 1, 2021 discussing the search for a new police chief that neither Bryden nor his firm have any say in the choice of the next chief and are mainly in charge of recruiting candidates.

“The firm does not have any decision making authority regarding the screening, selection or hiring of candidates,” Bowman said in the email. “This responsibility lies with the search committee, the hiring manager and the President.”

There is also a student-at-large seat on the committee that, as of May 1, had no representative and is being filled in consultation with ASI, according to Bowman’s email.

During a community stakeholder meeting discussing the search, Bryden said the search committee is looking for people who have rich law enforcement experience and leadership, as well as for people who can practice 21st Century policing, a concept established by President Barack Obama in 2014 that was adopted by the California State University.

The ‘pillars’ of 21st century policing according to the U.S. Department of Justice are building trust and legitimacy, policy and oversight, technology and social media, community policing and crime reduction, training and education, and officer wellness and safety.

Bryden also said that they are also looking for someone who has either retired honorably or is a current police officer.

Bowman said the ideal candidate would be active in anti-racism work.

“Strong candidates will be well versed in de-escalation techniques in all circumstances that could occur on campus,” Bowman said. “Finalists should not only be able to speak to anti-racism ideals, but their ideals should also align with our campus anti-racism plans.”

According to Sac State’s Antiracism & Inclusive Campus Plan, the framework of antiracism plans was developed by Sac State President Robert Nelsen and his cabinet and calls for a different planning group for each of seven different content areas: antiracism learning and literacy, encounters with racial stress and bias, the impact on the Sacramento region, mattering and affirming, cross-racial and inclusive engagement, antiracism curriculum pedagogy and assessment and institutional commitment.

Iwasa, who has worked in law enforcement for 37 years, said he hopes the next chief can put forth new ideas for Sac State.

“I think the department has been operating on my thoughts and philosophies for 10 years, so my expectation would be that the next chief can come in with new ideas, and I would expect that the next chief will continue to focus on keeping the campus safe,” Iwasa said.

Iwasa previously told The State Hornet that he wants the next chief to be focused on Sac State’s needs.

“With the recruitment of the next chief I think it is important for them to get to know our police department, what we do, how we serve our campus, [and] not to be too influenced on rhetoric that tends to surround policing across this country,” Iwasa said regarding what those in the search team should keep in mind.

Bowman said that while Iwasa is not involved in the search, he is “committed to ensuring a smooth transition for the new chief.”

Sac State students also shared with The State Hornet what qualities were most important to them in the next police chief.

Xiangyi Zhao, a 20-year-old English major, said that under the current circumstances and following the recent events of police brutality in the U.S., her biggest expectation for the next police chief is for them to treat all students equally.

“The case of [George] Floyd is too disappointing, and I hope no more similar cases happen,” Zhou said. “The next police chief is expected to have justice, equality, and kindness for all. They’re supposed to play an important role in anti-racism.”

Maanvee Mehrotra, a 21-year-old business management major, said that her expectation for the new police chief would be having strong morals and honesty.

“With events unfolding since the past summer, we require a lot of empathy and mutual understanding from our law enforcement officers,” Mehrotra said.

Jhonny Leon Chen, a 21-year-old civil engineering major, said he hopes the next chief does their best to make students feel secure on campus, especially in the current state of the world with the COVID-19 pandemic and continued incidents of police brutality.

Jude Doyle, a freshman majoring in public relations, said that he hopes the new police chief can have patience and take the time to connect with the Sac State community.

“My expectation is that the new chief can stand as a figure of community and patience and not just a figure of authority,” Doyle said.

Liz Ruiz, a junior majoring in public health, said she “would like to see more awareness of mental health and more safety precautions in order to avoid school shootings.”

Ruiz said she thinks that the search committee should “make sure [the next chief] is educated on all mental health issues and know how to deal with people who are suffering from mental illness when being called on the scene.”