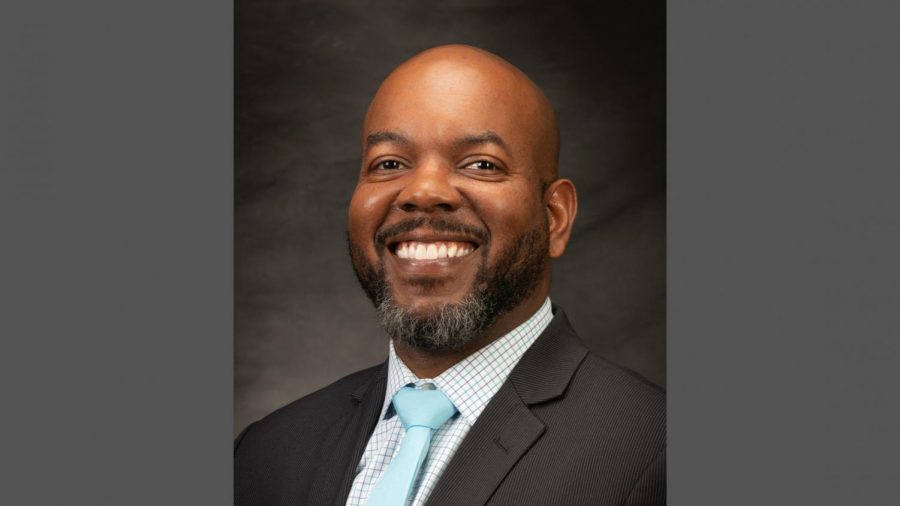 John Johnson, Sacramento State’s director of inclusive excellence learning, will be leaving the university on June 11. Johnson’s departure marks the third time this semester that a Black administrator has left Sac State. Photo courtesy of Sacramento State. Graphic made in Canva.

Another Sacramento State administrator in the Division of Inclusive Excellence is leaving the university, according to an email sent to The State Hornet Publication Board.

John Johnson, Sac State’s director of inclusive excellence learning, will depart from the university June 11 after four and a half years at Sac State, according to his email. Johnson has taken a position as vice president of diversity and inclusion at Whitman College in Walla Walla, Washington.

Johnson’s departure marks the third time this semester that a Black administrator has left Sac State. Preceding Johnson’s departure were Diana Tate Vermeire, who left her position as vice president for inclusive excellence for the position of senior vice president of strategy at the Schott Foundation for Public Information, and Robin Carter, who retired earlier in the semester.

“I realize that the significant number of departures from the Division of Inclusive Excellence might leave many feeling anxious or frustrated about the state of DE&I [diversity, equity and inclusion] at Sac State,” Johnson said in his email. “I would urge you to channel that frustration into institutional accountability and I implore you to provide interim and future leadership in the division with the same level of support and engagement you provided me.”

Johnson has not yet responded to requests for comment made Wednesday evening via email.