OPINION: It’s time to join the hive of ‘The Empty Man’ 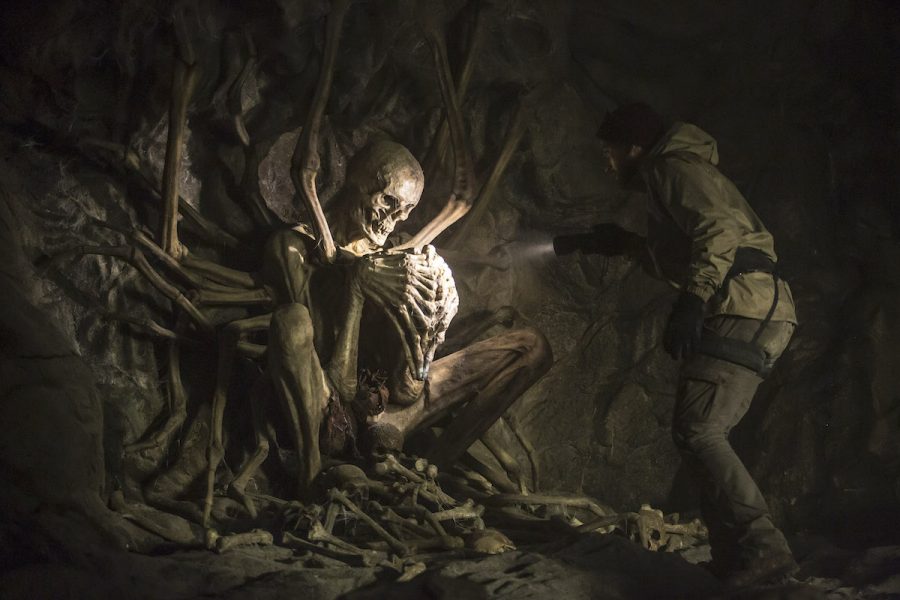 Not every film is going to find an audience right away.

Sometimes the most exciting films to find are ones that were dismissed at the time of their release. I’m a huge sucker for them and love finding films worthy of a reevaluation.

Cut to October of 2020. We’re still in the middle of a pandemic and theaters are opening back up for a short time and studios need something on screens. A mere week before its release, “The Empty Man” dropped a trailer and everything for it was pointing towards disaster. A rushed release during unprecedented times, a troubled production leading it to sit on the shelf for a few years and a trailer that gave off a vibe similar to “The Bye Bye Man” made it look like things weren’t going to end well for this film.

For a while, things weren’t good. Making just under $3 million at the box office and not connecting with critics or audiences, it seemed like “The Empty Man” was primed to be forgotten until the movie was made available digitally and opened to more people.

Within the past few months, there’s been an audience growing for this film, mostly thanks in part to the website Letterboxd where users have been logging and reviewing the film. I’ve seen more and more people online discover the film and I hope the audience for it will continue to grow.

Watching the extremely vague and misleading trailer, you might expect this to just take a fairly standard horror plot of a paranormal myth and legend, a la “Candyman” or the previously mentioned “The Bye Bye Man.” What the film actually is is something that starts as a procedural mystery and turns into something more psychological and cosmic.

James Lasombra, played by James Badge Dale, is a retired cop who investigates the disappearance of a local girl whose only message left behind was “The Empty Man made me do it.”

As he investigates further into her disappearance he discovers strange cults, the power of thought, and reality slipping from him.

Right off the bat, the film starts with an over 20 minute prologue that sets the tone and pace of the whole thing. This prologue could stand as its own short film separate from the film itself. Taking place in the Himalayan mountains years before the events of the film and focusing on a group of friends hiking in the mountains, it shows off early on the ambition the film has, that is asking a lot from an audience.

It’s a patient opening that takes its time getting to its conclusion and building up its unsettling and creepy atmosphere. It’s surprising but also such a breath of fresh air to see a major studio horror film that is so confident and filled with so much ambition rather than just hitting all the checkmarks of your standard studio horror film.

That ambition is felt through the entire runtime, including in its effectiveness with its scares, which focus more on a sense of uneasiness and being unsettling rather than jump scares. It becomes obvious that director David Prior is influenced by the likes of Japanese horror more than anything, with the kind of material the film focuses on.

This is less of a film about a scary supernatural figure, the titular Empty Man is barely in the film, and more about the power of a single thought and our want and need to control reality. It takes a heavy emphasis on the psychological and philosophical rather than the supernatural. Even by the end of the film, when it takes a more crazy cosmic horror route and some of the twists start to get preposterous, it’s the ambition and confidence that makes it work.

When watching it, it’s no surprise this didn’t work for audiences. I don’t think it would have under any circumstances. It’s way more focused on the horror of the mind and crafting tense and unsettling moments through unique formal tricks – there’s a sensational moment inside of a fogged-up public shower – rather than giving a quick loud jump to keep the audience’s attention.

This film looks at the horror of cult mentality and how people try hard to control their own realities. It’s a lot for an audience to take, in especially with an over 130 minute long runtime that is very patient. The least surprising thing about the whole film is its D+ audience rating from Cinemascore.

It’s unfortunate to see a film like this fail at the box office. It stands out from a lot of other films in its genre currently. This isn’t some cheap studio cash-in like “Slender Man” or even the more well-received horror films akin to the ones released by studios like A24 and Neon. This is a strange oddity that blends a procedural story with philosophical and cosmic themes that has a strong directorial confidence from a newcomer. I don’t know how it got made at a major studio level, but I couldn’t be more glad that it did.

This needs a more proper physical media release. At this time, there is no Blu-Ray or DVD release for this and so far there is no plan to do so. This only exists to purchase digitally. This isn’t really a surprise when it’s obvious that the studio never cared for it – they didn’t even bother to update to the more recent 20th Century Studios logo and kept the 20th Century Fox logo on the film. If any film deserved a proper home release with, hopefully, substantial bonus content, it’s this.