Tess Blair leads the way beating the field by 8 strokes 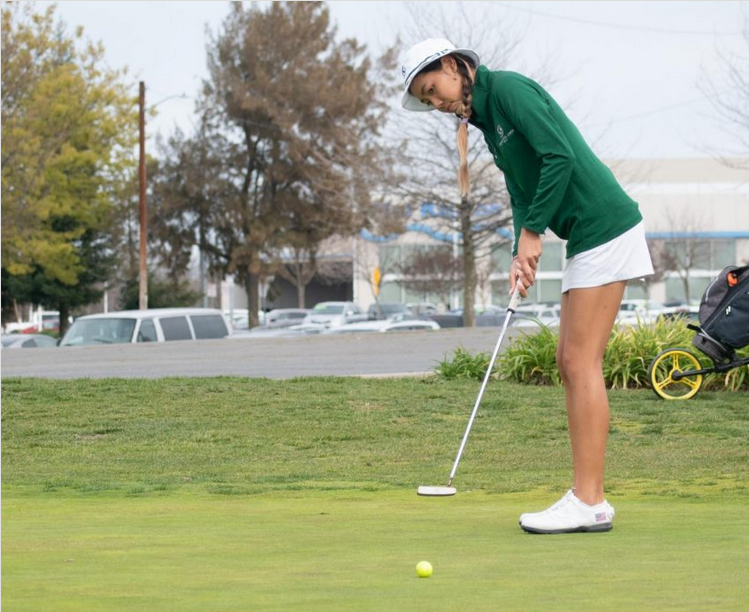 Sac State freshman Jennifer Koga practices putting at Haggin Oaks Golf Complex on March 17, 2020. Koga was +18 for the Big Sky Tournament but had a much-improved final round, shooting a 4-over 76 and helping the Hornets clinch the Big Sky Conference Championship.

With the Hornets entering the final round of the Big Sky Tournament, Tess Blair followed up her dominant freshman season in 2019-2020 by leading the Hornets to the fourth Big Sky Championship, according to Hornet Athletics, and was the only player to score under par for the tournament.

The Hornets entered the third and final round at Arrowhead Golf Club in Molalla, Oregon with a three-shot lead over Portland State and ended up winning the tournament by five strokes over Northern Arizona.

In addition to Blair’s excellent performance, sophomore Sydney Smith tied for 10th in the tournament with a score of +8 and junior Corrine Viden tied for 13th at +12.

The Hornets will move on to the regional portion of the NCAA tournament and will await the announcement of their destination according to Hornet Athletics.