The decorated former Oregon Duck looks to revamp the program 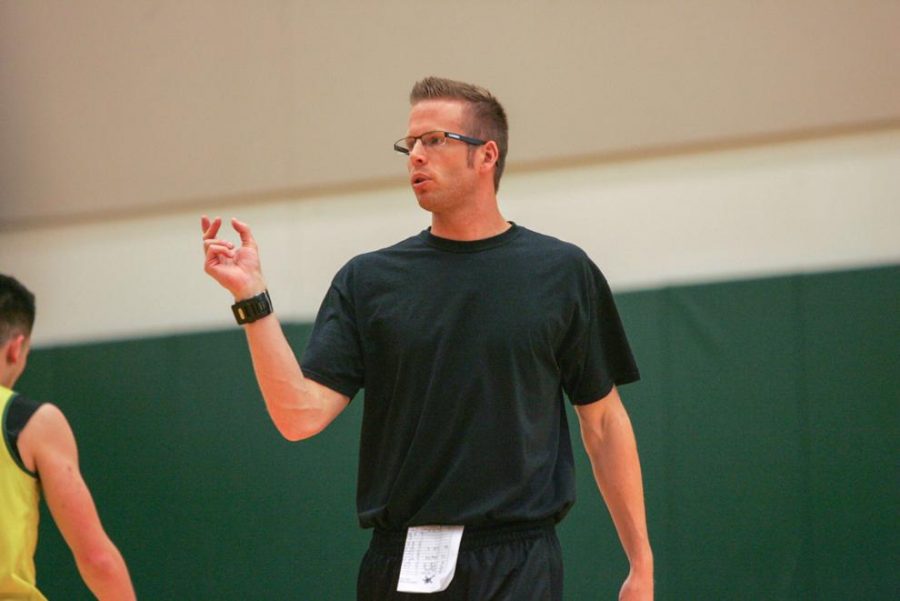 Oregon women's basketball associate head coach Mark Campbell instructs players at a practice on October 7,2015. Sac State women’s basketball made a splash hire with the naming of Mark Campbell, who once helped lead University of Oregon to the final four, as the program’s next head coach. (Steven Ahn/ Daily Emerald)

The Sacramento State women’s basketball team will have new leadership, hiring Mark Campbell to serve as the team’s next head coach.

The full details of Campbell’s departure from Oregon and hiring at Sac State will be explained at a future press conference according to Robert Barsanti, assistant communications director for Hornet Sports.

Campbell, who had served as an assistant coach with the University of Oregon since 2015, helped lead the Ducks to three straight PAC-12 titles and five consecutive NCAA tournament appearances, and kept the Ducks as a top-10 seed in the west during those five seasons.

“It is an honor to be named the next head coach for Sacramento State’s women’s basketball program,” Campbell in a Hornet Athletics press release. “I’m looking forward to working with each of [the players], my staff and the department as we work hard to build a championship culture.”

After five straight of winning 10 or fewer games and going 3-22 in their 2021 campaign, the Hornets will be looking for a seismic turnaround in their program with the hire of Campbell.