Level Up with Shelby: The gaming community is still as toxic as ever 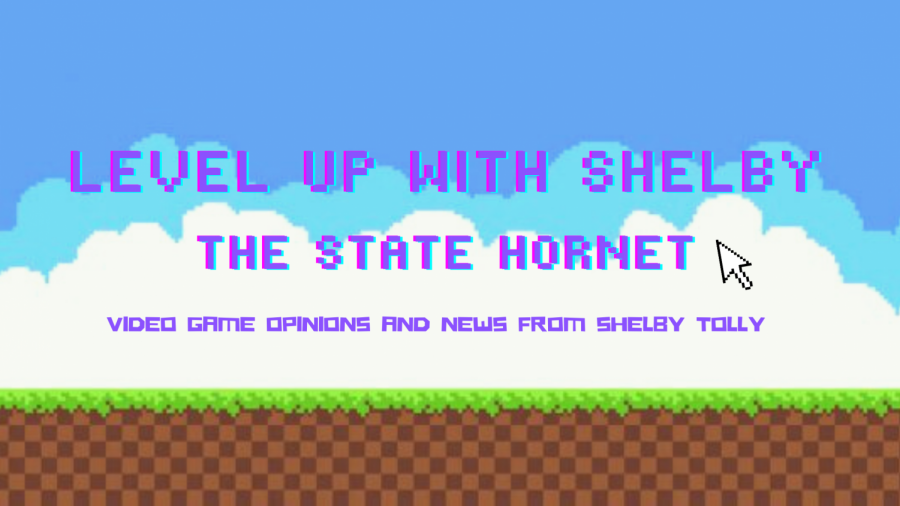 This is the start of the “Level Up with Shelby” column and a spicy start it is! In these columns I will discuss video game-related topics as well as video game news and hot takes I have on the community! You can follow me on my Twitter @ShelbyTolly for more!

It isn’t new that women in most communities like STEM are met with harassment from men — especially men. This is exceptionally true for the gaming community, and I am tired of acting like this is something women should just accept.

According to Wired, women are more likely to receive harassment or toxicity than their male counterparts in the gaming community.

When I entered the gaming community as a kid, men or even at times young boys called me a whore, fatty and told me to go to the kitchen to make them a sandwich. This happened constantly particularly if I was on a mic or if my username was “feminine sounding.” This damaged my self esteem to such a degree that I no longer go by a “feminine sounding” username — I don’t even use my mic if I play with strangers, but I have only played with friends to this day.

I wish I could constantly fight these toxic men, but I do not have the mental capacity to do so on a daily basis. So I folded, but more so to save my mental health.

“I have definitely been bullied and harassed,” Barge said. “It’s most likely partially due to the degree of anonymity that comes with online play.”

Barge had mentioned that she uses a “feminine sounding” username.

She shared with me a specific experience she had on “League of Legends,” an online multiplayer video game. The harasser was on the enemy team and had zeroed in on Barge in the post-game lobby chat. The harasser had thrown out remarks like “shut up egirl.” Egirl being defined by dictionary.com as being a slang term towards young women who are active on social media and stereotyped as being anime or gaming fans whose sole purpose is to grab attention.

The harassment in post-game lobby chat is transcribed below:

Harasser: wants to see your tits

Julia Barge: In ways that you dont [sic]

Julia Barge: maybe you shouldnt [sic] play multiplayer games if you need to control what other people are doing 🙂

Harasser: you should try to make friends with a trait other than your gender 🙂

She mentions that the harassment doesn’t happen too often and is not as bad as the screenshots shown. But like me, it took her years to be comfortable with using a mic in-game. Barge also mentions her friend, who has a male-sounding username, and the difference she observed between each other’s team etiquette.

“We had a mutual acquaintance that said that my name was attention seeking, but the [male sounding username] wasn’t,” Barge said.

I reached out to another Esports club member for more of their personal experiences and found disability studies major Karenna Miller through Barge. Miller is a twitch streamer and uses her first name as her username.

“It’s more personal when they come into your chat,” Miller said. She added that the harassment was more combative on her Twitch chat when she started a game on stream.

Though you can escape a post-game lobby chat, it’s rather complicated when it’s in your own streaming chat.

While she does use the banning feature on Twitch to kick out the harassers, Miller also mentioned that they keep making new accounts and start a vicious cycle that she has come to accept when it comes to being a woman in the gaming community.

I refuse to use my mic if I play with strangers, and Miller uses two different accounts for each game she plays. In one account she uses her mic, and another she doesn’t.

In Miller’s case, she mostly sees common insults directed at her assumed weight. I asked Miller how she deals with the harassment in-game. She replied, “If the person [that harasses you] is on the bottom of the leaderboard, you just bring up their score over and over. That shuts them up, usually. It’s an interesting dynamic in video games.”

I see this strategy a lot from badass women gamers on TikTok showing clips of their streams or gameplay, and how they clap back at the audacity of toxic men. I can respect this strategy, and it’s definitely better than having to avoid voice chat and making sure your account doesn’t come off as “feminine”. Why hide when you can be proud and dare I say — loud? Why not tell these men to go to the kitchen and make YOU a sandwich?

This got me wondering, is there a solution to this? Miller mentions there should be more rigorous moderating policies like being able to record voice chat when a report is made and  having more staff to thoroughly look into these reports. According to Wired, the gaming industry is fully aware of the toxicity in the community, and some companies even have started “anti-toxicity initiatives.”

The initiatives have included making moderation tools for voice chat similar to what Miller mentioned and improving “the ease and transparency of player-reporting systems,” according to Wired.

Unfortunately, Wired also reported that less than a fifth of the reported gamers actually confront the toxicity. The solution mentioned above is great, but to really minimize the amount of harassment everyone must work together: video game companies, gamers and government and civil society organizations (I doubt this harassment will be fully eradicated).

The moderation tools can only go so far. Again, harassers possess the ability to create new accounts after getting banned and since not many players confront the harasser or support the person receiving harassment, there seems no clear-cut solution.

I asked Barge and Miller if they have any advice to deal with the toxic aspect of the gaming community. Barge mentioned seeking out communities where you feel welcomed and comfortable. I found my small group of friends and the Discord server “Sac State Gaming Community” that have welcomed me and made me feel comfortable.

Miller said that our mental health should be a priority and said to listen to your gut and do what you think is best for you.

I agree, your mental health is a priority. Do what you think is right and healthy in order to maintain your mental health — whether that means exiting voice chat, clapping back at naysayers or doing whatever helps you. At the end of the day, these toxic players aren’t worth your time and definitely not worth depleting your mental health bar.

We should be able to enjoy video games without harassment. The toxic men should just keep their sexism to themselves. So, go make me a sandwich while I snipe these enemies.