Sac State softball gets swept in series against Weber State

Hornets drop to 6-3 in Big Sky 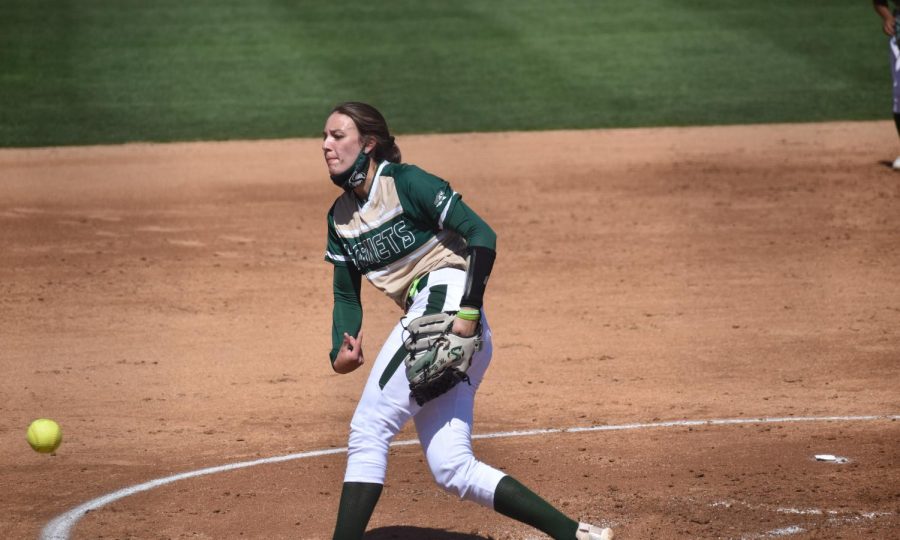 The Sac State women’s softball team hosted Weber State in a doubleheader Friday and another game Saturday at Shea Stadium.

Neither team scored in the first three innings, but the Wildcats picked up three runs in the top of the fourth inning, placing them in the lead.

The Hornets eventually caught up as sophomore catcher Amber Rodriguez doubled to center field, allowing junior Alondra Mejia, first base, to score in the bottom of the fourth inning.

The Hornets found their momentum in the bottom of the fifth inning and gained runs from junior pitcher Carley Morfey, freshman outfielder Alexis Parish and Mejia, giving them three runs and three hits going into the sixth inning.

The Wildcats caught up in the top of the sixth inning with two runs and four hits, advancing them over the Hornets by a score of 5-4.

Parish and sophomore third baseman Lewa Day accounted for the two hits in the bottom of the sixth inning for the Hornets, but they failed to get any runs.

The Wildcats kicked off the game two with three runs and three hits, placing them with a score of 3-0 in the top of the first inning, and the Hornets struggled to get a run in the bottom of the first.

The Hornets came back at the bottom of the second as Mejia hit a homer to center field.

The Wildcats scored one run in the third inning, and the Hornets caught up in the fifth inning as sophomore outfielder Aliyah Robles hit her first homer of the season. Freshman shortstop Kennedy Echols also had a run, placing the score at 4-3 at the end of the fifth inning.

The Hornets failed to score in the sixth inning but made up for it at the bottom of the seventh with an impressive six run outburst.

Sophomore pitcher Marissa Bertuccio accounted for nine strikeouts for the Hornets in the series, but she walked a batter in the first inning for the first time this weekend.

Echols had an impressive bunt at the bottom of the fourth inning, which loaded the bases, but the Hornets were unable to get a run.

Neither team scored in the fourth, fifth or sixth innings, but the Wildcats scored their final run of the game in the top of the seventh, ending the game 4-0.

The Hornets are 6-3 in the Big Sky, and the team will head to Portland State on April 23 for another three-game series.