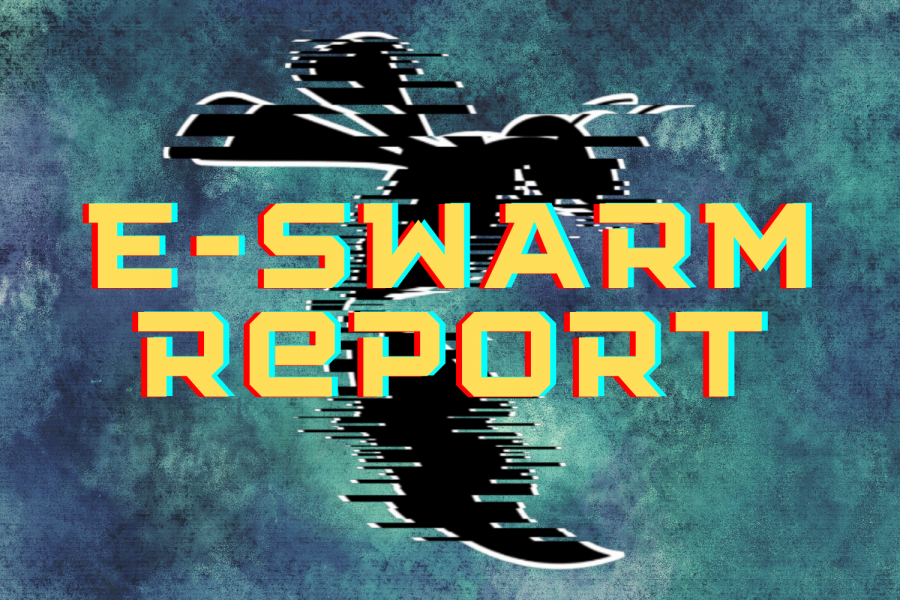 Super Smash Bros. Ultimate
The Sac State Green Super Smash Bros. Ultimate team made it to the semifinals after playing two back-to-back matches Monday, April 16. Green’s first match, against the Dallas Baptist University Patriots, ended in a 2-0 sweep for the Green team. Their second match was against the College of Staten Island Dolphins, in which a close couple of games saw Green win 2-1 and secure their seat for the semifinals.

The Hornets handily defeated the Patriots in both matches, winning both games by two stocks. However, to Dominik “sora” Ortiz’s dismay, he ended up facing the damage-dishing, egg-tossing dinosaur Yoshi twice in the match against the Patriots and a third time in the first game against the Dolphins.

“Why do I always have to fight freaking Yoshis?” Ortiz, playing as R.O.B., remarked mid-game as someone on the team’s Discord voice chat chuckled.

“You got to fight the dinosaurs, man,” team captain Jahque “JJStatic” Wilson responded. “Make him go back to extinction.”

“It came down to the matchups and putting players up against what is more comfortable,” Wilson said. “They were definitely a skilled team though and it was tough.”

The Green team started the second game against the Dolphins strong. Wilson led, taking a substantial lead, which left the Dolphins at four stocks remaining to Green’s six. Ortiz almost lost all his stocks to the Toon Link but caught a break catching the Toon Link in the air during a recovery. The final matchup of this game ended in a Captain Falcon versus Captain Falcon mirror matchup, where George took the final two stocks and won the second game.

“There’s nothing that evokes the Smash Brothers spirit quite like the Falcon ditto. No projectiles, no tricks, just two dudes showing their moves. It’s tradition to down taunt before the ditto, which really sets the mood for the match,” said Aaron “ArgonGames” George over Discord. “Their Falcon was good, and I had a fun time playing against them!”

Captain Falcon’s iconic down taunt has him face the screen and salute while saying, “Show me your moves!”

The third and final game of the match, Wilson led again, this time smashing through both the Dolphins’ Yoshi and Captain Falcon, finally going down to the Toon Link. The Toon Link brought trouble to Green, taking out Ortiz and all but one of George’s stocks.

The Toon Link projectile spammed with his bow, bombs and boomerangs to keep George at bay. However, eventually the damage that George had piled on earlier in the game rewarded him when he sent Toon Link to the moon, winning the game and set 2-1.

“Honestly we’re going to have to steel our nerves for the next game if we want to secure the sun. I have faith that, if in the right mind set, we can win the whole thing,” George said.

The Gold team was eliminated from the playoffs last week on April 5 by the New York Tech Cybears.
Valorant
Eastern College Athletic Conference
After Catawba University Valorant ended the Hornet Valorant team’s undefeated streak in the ECAC finals in the fall 2020 season, the Hornets emerged victorious in a revenge match against Catawba in a 2-0 sweep Tuesday.

The victory locked in the Hornets’ spot in the ECAC Valorant semifinals.

In an odd twist of luck, the ECAC Valorant team and Hornets’ SSBU team will fight the same foe in the semifinals, Wayne State College – Black. Hornet Valorant’s semifinals match is Tuesday, April 20 at 5 p.m.
New England Collegiate Conference
The Sacramento State Green and Gold NECC Valorant teams will be making their way into the playoffs later this week. The Green team (5-4) will be playing against Boise State University (7-2) on Saturday, April 17 at 6 p.m.

The Gold team (6-4) was originally playing the same day at the same time. However, Gold’s match got rescheduled to Thursday, April 15, in which they pulled a close 2-0 sweep against the Bryant University Bulldogs (5-5). Both games went to overtime, with Gold swooping in both times and securing the final two rounds needed to break the ties and win the set.
League of Legends
MetaShift League
Sac State’s League of Legends Gold team (1-4) lost its game in a 2-0 sweep against the Tuxedo Birds (2-3) on Sunday, April 13. Their next game against the Slam Dunk Crew (0-5) will take place April 18.

The first game started off good with multiple kills secured and a healthy gold lead over the opponents. However, the Tuxedo Birds pushed back, taking out multiple Gold team members for free, catching them back up and counter pushing the lanes Gold had focused on. Both teams then stayed neck-and-neck, trading a dragon and other objectives for a couple kills. The Gold team lost the first game when they lost a Baron Nashor fight and weren’t able to stop the ensuing push.

“We scrambled a bit at times, but overall everyone was positive and focusing on what we needed to do moving forward with the game,” said Anthony “Montesquieu” Montes over Discord. “Since we’ve been using a few different forms of our possible rosters, we don’t really have a dedicated shotcaller, so sometimes the delay on a decision can be fatal.”

In the second game, Gold opted for a different draft, choosing characters that they were more comfortable with. However, that decision would force them to play more aggressively to keep up with the more focused composition of the opposing team. The aggressiveness paid off, catching multiple enemies out of position and earning Gold team kills.

Things flipped on the Gold team when the opponents took a dragon and then forced a second fight, claiming multiple  Gold team members and forcing Gold to play catch up. The Tuxedo Birds repeatedly ambushed Gold with stealthy champions like Evelynn and cross-map attacks from Pantheon and Ezreal. Additionally, the Tuxedo Birds forced team fights with more players which catapulted them ahead, winning them the game and set.

“Evelynn is almost permanently invisible after about 7 or 8 minutes into the game. It can be hard to know exactly where she is, but at the same time, we don’t want to play like she’s everywhere at the same time,” Montes said. “What looked like a solid skirmish would turn sour because she [Evelynn] would come in from the shadows.