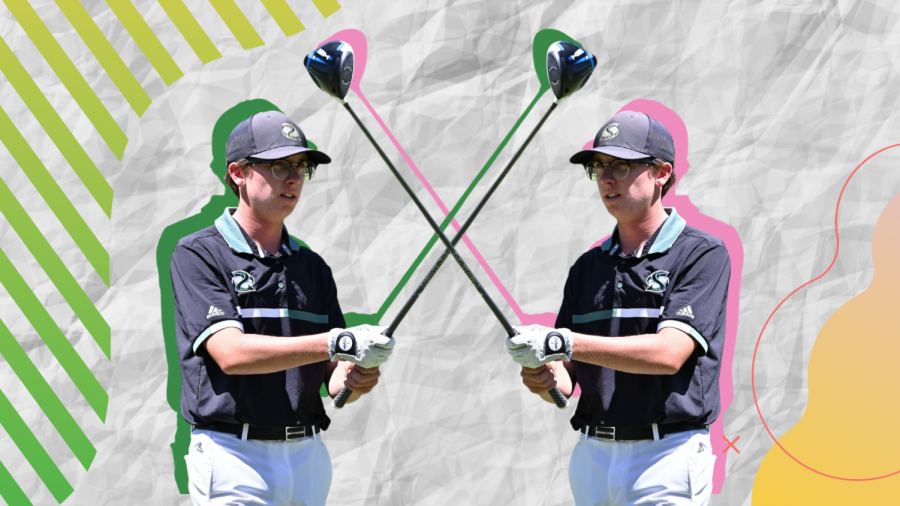 The Sacramento State men’s golf team took a five shot lead after the first round of Big Sky Conference Tournament on Sunday in Boulder City, Nevada.

Before the tournament the team discussed its season in review, pre-championship preparation and the importance of staying grounded on the course.

The team was a pre-season favorite, said Sac State golfer Casey Leebrick. Due to the success the team experienced last season, it was projected to take this year’s championship trophy. However, Leebrick said being favorites can mean very little given the unpredictability of golf.

Naturally, a sport like basketball can have more controlled variables, more practiced plays and less elemental factors influencing a player or an entire team’s performance but not golf.

“Golf courses are different every week,” Leebrick said prior to the start of the tournament. “It boils down to different types of grass [and] different layouts. Courses are tighter, sometimes a little more wide open, and then you throw in the elements.”

Leebrick added that after considering all the elements and course set ups, sometimes you just don’t know how your swing will be on a given day.

“After all that, you wake up one day, and your golf clubs feel a lot different than the day before,” Leebrick said.

However, as they wrapped up their first day of the tournament, Leebrick led the field and was the only player to finish under par.

Due to the unpredictability of the sport, preparing for the championship can turn into a game of managing expectations, said men’s golf coach Kamden Brakel.

“If we treat it as something more important than it is, that’s where we get in trouble,” Brakel said. “So for us, the important thing is to make sure that we just play our own game, to go in it, feel comfortable, be calm and just play it one shot at a time.”

The best hope any team has to take the trophy home is to have four or five players perform as well as they can individually and secure a win for their team, Brakel said.

A player that has embodied that ideal this season would be Ethan Davidson.

Brakel said Davidson has been their number one player this season, and his game reflects that.

Most notably, Davidson landed top five at a tournament at the Goose Creek Golf Club in Los Angeles.

As far as preparation for the upcoming tournament, Davidson reiterated his teammates and coach and said he treats this like any other round and keeps his nose to the grindstone.

“I’m treating this like it’s another round of golf,” Davidson said. “I play seven days a week for six hours a day. I get out there, and it’s just doing what I do. I don’t want to put any extra pressure on myself. It’s not about ‘I have to perform well’ it’s more so just go out, learn a couple things about myself, and I can become better from this and hopefully along the way a victory will come.”

However, to deal with the day-to-day uncertainty of the sport Davidson attributes his success to journaling, meditation and being mindful on and off the course.

“I think it brings about marvelous performance,” Davidson said.  “I want to win tournaments. I want to be successful in my golf career.”

At the end of the first day of the championship Davidson shot six consecutive pars and was 2-over for the day. Davidson is one of three golfers tied for second place

The tournament continues Monday and at the time of this publication Sac State had a six shot lead with several teams still completing their rounds.