The play centers on the 20th century genocides in Namibia 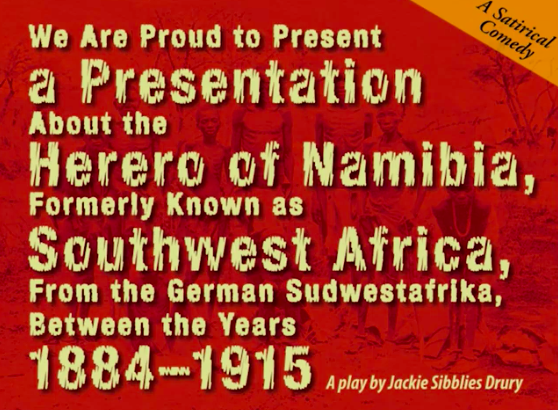 Here is a sneak peak of Sac State’s online theatre production “We Are Proud to Present a Presentation About the Herero of Namibia, Formerly Known as Southwest Africa, From the German Sudwestafrika, Between the Years 1884–1915.”

Hear from director D. Amy-Rose Forbes-Erickson along with two actors Hannah Medler and Brittani Banks. The play is a satirical comedy about actors telling the forgotten history of the Herero and Namaqua genocide which takes place in Namibia between 1904 and 1907 in a rehearsal room. It was a German colony at the time. This play deals with social justice, racism, genocide, and the forgotten history.