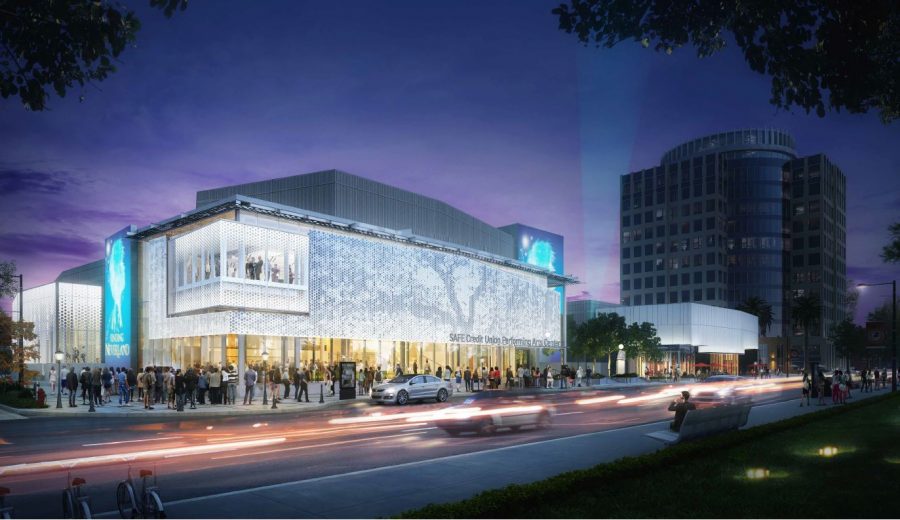 The Community Center Theater, now named the SAFE Credit Union Performing Arts Center, is planning for a full reopening and unveiling summer 2021 after announcing a $100 million renovation and expansion June 2019.

“We are anticipating with great hope that we will be moving into the red tier this coming week, and our hope is to be able to start accommodating small meetings and events to support the recovery of the economy,” said Sid Garcia-Heberger performing arts center and auditorium manager.  “Of course we’ll follow whatever regulations the city, county and state tell us we must follow.”

The Sacramento City Council unanimously approved the C3 Project, which included renovation of the then-Community Center Theater, the SAFE Credit Union Convention Center and the Sacramento Memorial Auditorium, in September 2018.

“We have been able to work through the pandemic” said Randy Stewart, who is overseeing construction of the center on behalf of O’Connor Construction Management, Inc. “We have not been shut down at all. It slowed a little bit, but that hasn’t stopped us.”

Upon the SAFE Credit Union Performing Arts Center’s reopening, Sacramento residents can expect some major changes to the former Community Center Theater, which was originally built in the 1970s. Some of the renovations the theater has undergone include an expanded lobby, additional seating, an expanded restroom area and a new entry along L Street.

“I think with the improved space within the theater that has been touched, it is going to look and feel like a brand new facility,” said Avalos, who is also the senior civil engineer for the city of Sacramento. “[The changes] are going to give it a little extra spotlight, and [the facility] is going to be something that promoters and presenters are going to want to be using.”

“For the Performing Arts Center, we hope that the renovations will create a better experience for the patrons,” Tefft said. “But with all three projects, our hope is it will create more synergy all throughout Sacramento.”

“Sacramento is growing, and I think that [the C3 Project] is a step in the right direction where we are expanding these facilities to allow Sacramento to grow,” added Avalos.

Garcia-Heberger said the main focus of the theater’s renovation was for it to be more accessible to its public and attract more tourists to Sacramento. Garcia Heberger also said the construction included remodelings that will facilitate the process of putting on a theatrical production, such as expanding the loading dock to allow for two semi-trucks to unload at one time.

“‘Hamilton’ is a thirteen truck show… so being able to accommodate two trucks in the dock helps improve our ability to service those larger shows,” Garcia-Heberger explained, referencing the center’s planned fall 2021 event with Broadway On Tour, a company that brings Broadway shows to audiences all around the nation.

The fall 2021 season lineup will begin with “Hamilton,” which will run from Sept. 15 to Oct. 10. “An Officer and a Gentleman” will run from Nov. 2 to Nov. 7. Finally, “Charlie and the Chocolate Factory” will end Broadway On Tour with its dates running from Dec. 28 to Jan. 2.

Sac State theatre major Mitchell Worrell-Olsen is a recurrent patron of the center. He has previously attended the productions of “Mary Poppins,” “Wicked,” “Book of Mormon,” “White Christmas,” “Pippin,” “Motown: The Musical” and “Newsies.”

However, Worrell-Olsen was hesitant about attending a production at the renovated theatre this fall.

“I am going to wait until I have more information about the transmission of COVID-19 post-vaccine to make that decision,” he said. “I would hate to put someone I love at risk.”