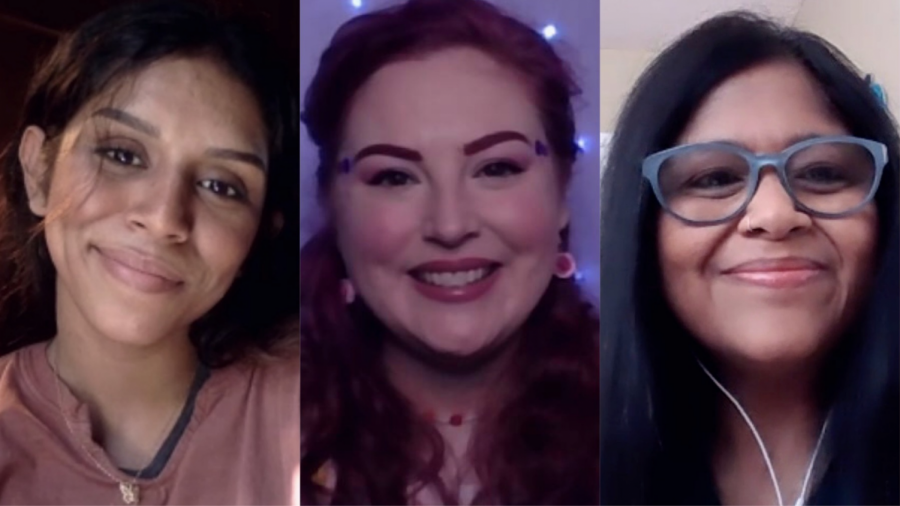 “Our Sac State women’s studies program is one of the oldest,” Moni said.

Moni is currently in her fifth year as department chair and said the program came into existence  at the height of the second wave of feminist activitism in October 1971.

Moni said that the department always strives to center women of color’s voices and particularly Black women’s experiences in the way they structure their courses.

“Our methodology is centered on centering the experiences of women of color, and then being inclusive,” Moni said. “There’s a difference between centering and just being inclusive… we give priority to the voices from the margins, [starting] from the ground up.”

“It’s always felt like a safe environment to be able to speak and listen to others,” Jimenez said. “It’s a place where everyone can learn feminist theory, but also everyone’s sharing their lived experiences, so it’s a form of, I would say, a healing space.”

According to Moni, Cameron-Wedding had been leading the women’s studies department for the last 23 years before Moni became department chair. Moni said Cameron-Wedding was initially an ethnic studies professor whose research focused specifically on race and the school-to-prison pipeline.

“She built the program and the department curriculum since then,” Moni said. “This department has been more focused on the class oppression and racial oppression affecting all women of color and particularly Black women, so we have been very intersectional in our approach to feminism.”

Cameron-Wedding said she thinks the department has grown into its own over the last 23 years with steady faculty.

“We have a strong chair, and we’re getting a lot of work done,” Cameron-Wedding said. “The only thing we need is to expand our tenure line, and the administration is interested in supporting us doing that.”

Moni said that before the pandemic caused a hiring freeze, the department was going to hire a new faculty member to teach Latinx feminism. According to Moni, the freeze occured a day or two prior to their new hire, and the department is still working to hire for that position with administration and the dean of social sciences and interdisciplinary studies.

Rebecca Settle, who is double majoring in women’s and gender studies and environmental studies, said she thinks it’s important to have the women and gender studies department at Sac State because of how interdisciplinary it is. Settle said she is currently taking an environmental justice course that focuses on how people in low-income communities or people of color are more affected by environmental issues, but does not discuss gender.

“One of the foundations of intersectionality is that [systemic oppression] is not necessarily just additive,” Settle said. “So if you have a woman of color, she’s not just a woman, you don’t have to just look at sexism, you can’t just look at racism, the racism and the sexism that she experiences in her life turn into a new oppression.”

Settle said she appreciates the department’s effort to be more inclusive by changing their name to better represent the department.

“It was as if there was a gap in the curriculum,” Josephson said. “I developed the minor as a way to give students some grounding in this field. And, to be frank, it’s useful for students who identify as queer and trans to be reflected in curriculum.”

Ashley Jeffers, a women’s studies major, said she found her calling in the department after transferring to Sac State and said she felt seen taking her first women’s and gender studies class.

“Seeing someone else who was queer was really cool, I had never seen that before,” Jeffers said. “I’m relearning history. Actual history that includes women, queer and transgender people, people of color. People who aren’t seen in the history we’re taught.”