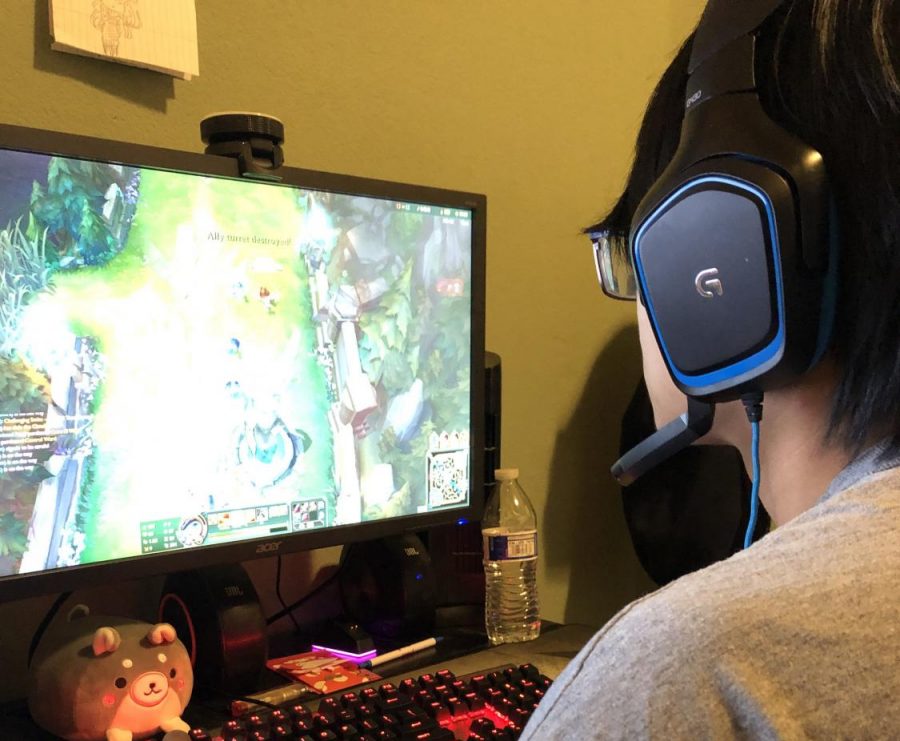 New member of the League of Legends Gold team Aaron "BioBanana" Than plays a game of LoL at his home. Members of the Gold team will play to practice for the MetaShift League, rank up or for fun.

The Sac State Esports Club held tryouts for the new League of Legends Gold team to participate in the upcoming MetaShift League taking place on Wednesday.

The Gold team consists of five players who play the role of top lane, mid lane, two bottom lane and one in the jungle. Additionally there will be two substitutes for support and jungle should they be needed.

The team was picked from among the existing members of the Esports club.

“My first season we were pretty bad,” Nazir said over Discord. “But throughout that season and fall season we have been improving steadily and I think we can be very competitive this season looking at our roster.”

The MetaShift League follows a standardized set of rules in which players will be playing a best of 3 match with a 2-0 victory giving you three points or otherwise one point. Each game will take place on Summoner’s Rift with standard picks and bans.

The Gold team will be placed in one of five divisions based on the players in-game ranks. This will determine who they play against and ensure relative equality between participants.

The MetaShift League had a buy-in of $50 allowing for prize support based off of division, the most common of which will be $500 for first, $300 for second and $50 for third and fourth. The team gets to keep the prize they win.

The season is nine weeks long with each game by default taking place on Sunday at 5 p.m. If Sac State makes it into the playoffs, the first game will take place on Sunday, May 16 at 5 p.m.

“Im looking forward to soaking it all in, personally this is my last semester at Sac State so I am definitely going to give it my all and just have one last ride with everyone here,” Singh said over Discord. “It will take some time getting used to everyone’s playstyles as some of us are familiar with one another and some are not, but I am looking forward to hopefully creating a successful playstyle that is unique to our team and having fun.”