TESTIMONIAL: How journalism helped me find my voice

Nonverbal and diagnosed with autism, I still found a way to have a voice 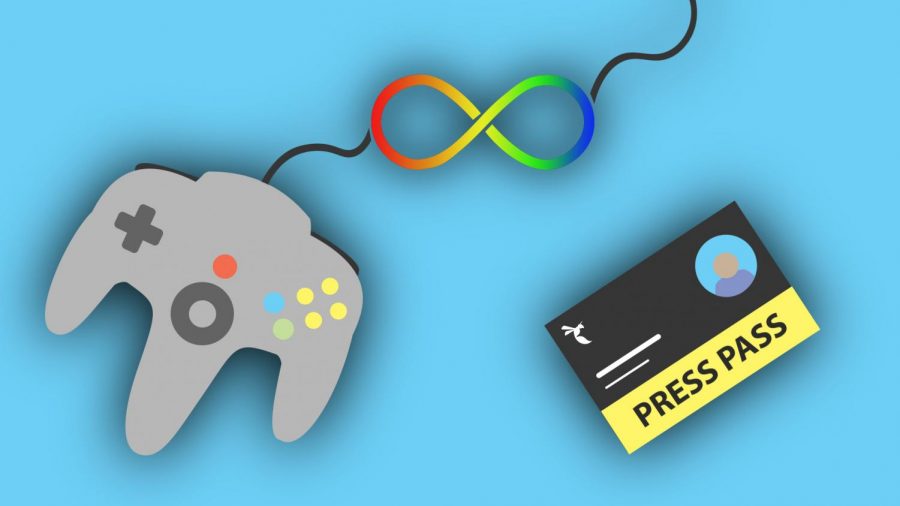 Opinion writer Shelby Tolly said writing about video games helped her gain confidence and to find her place in life before her diagnosis of Autism Spectrum Disorder at age 21.

Journalism has helped me find my voice. I don’t mean this in the sense of sharing my views and opinions, but journalism helped me out of a stage in my life where I was nonverbal.

I was diagnosed with Autism Spectrum Disorder (ASD) later in life at the age of 21. The National Institute of Mental Health describes ASD or autism as a “developmental disorder that affects communication and behavior. Although autism can be diagnosed at any age, it is said to be a “developmental disorder” because symptoms generally appear in the first two years of life.”

But how I describe it is that the wiring in my brain is just different. I always had a hard time describing what autism is to me because it is me, a part of me.

I wasn’t diagnosed at a young age because I was what the Child Mind Institute called a “lost girl” – someone who “[didn’t] fit the stereotypes or [had] their symptoms misinterpreted as something else” due to a trend of four times as many boys than girls being diagnosed with autism. What this means is that I didn’t fit the stereotypical symptoms of an autism diagnosis (i.e. I made eye contact, when that is a usual symptom) so I didn’t know of my diagnosis until high school when it was explained to me. That is when I started connecting the dots and it explained why I felt so different from everyone else.

I felt so internally different and felt I wasn’t being understood and therefore I wasn’t being seen or heard. That is when I learned from my mom that I was nonverbal until the 4th grade. This was a big blow to me because I specifically remembered that I talked, but I also remember that when I talked I received weird facial expressions from who I was talking to. Yes, I was nonverbal, but I knew what I wanted to say and exactly how to say it. But what came out was gibberish, it sounded like how a baby would babble before they say their first words.

That is when I started writing. I would write stories and I would do this everywhere I went. It was almost therapeutic, which is also why I played video games a lot as a kid. I wanted to escape to worlds where I wasn’t me. So I viewed writing about video games and playing video games as a comfort, and still do to this day.

I was going through speech therapy, physical therapy, tutoring, and behavioral therapy because of my diagnosis. These forms of therapy would happen at my school and I would be taken out of class frequently throughout the day. I got taken out of class so much that I missed a lot of what I needed to learn, like how to tell time or how to count change. I didn’t learn these things until later in my life on my own accord. Because of this I was angry at myself because I was behind and not going at the same pace as my fellow classmates.

This led to me having severe panic attacks, to the point I would pull out my hair. My mom didn’t know what to do, she didn’t have any help and was the only parent trying to help me. So from time to time she would take me to Blockbuster with my brother and let me pick out one video game to rent.

While browsing their Nintendo 64 games, I saw they had a magazine rack. I looked at this rack and noticed some of the magazines have video game characters on them so I decided to pick one of them up and skim through it.

That’s when I found out that you can write about video games. I got so excited that I could combine these two passions of mine that it became my whole world. That’s when I wanted to work harder on myself and get out of this stage I was in. I wanted to be those writers — I wanted to be a journalist and I wasn’t going to let anyone stop me. That is when journalism helped me find my voice and that is when I started talking.

I know journalism didn’t cure me of being nonverbal, but it sparked a change in me. That change was to not give up on myself and that autism wouldn’t hinder me. I have accepted that autism is a part of me and it is here to stay. I found a way to love myself and love my autism through journalism and seeing other journalists with autism use their voice.