‘Black liberation is about us fighting for our rights’ 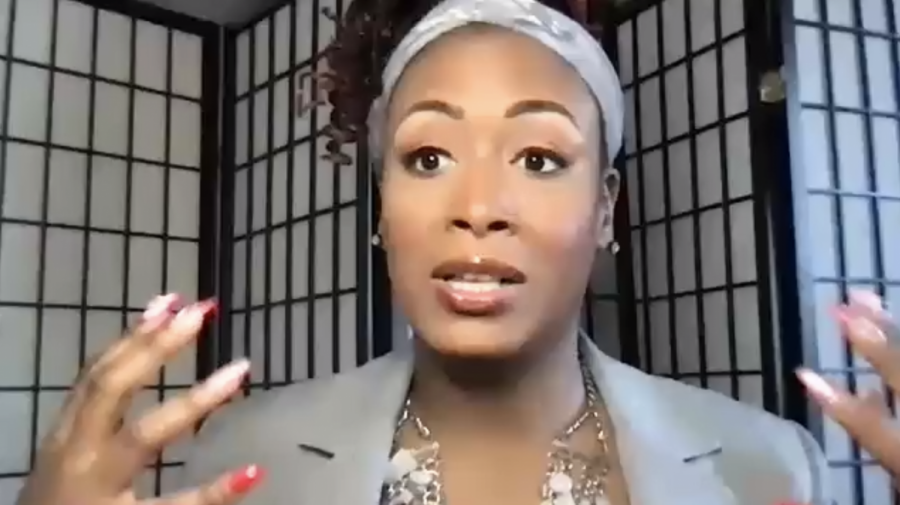 Feminista Jones, a feminist writer and activist, spoke to Sacramento State community members about social justice organizing in a virtual event hosted by UNIQUE on Wednesday in honor of Black History Month.

Jones, the author of “Reclaiming Our Space: How Black Feminists are Changing the World from Tweets to the Streets,” spoke about Black liberation, using social media for radical change and anti-racism. Her name has also appeared in bylines of The New York Times, Washington Post, Time Magazine, Ebony, and Essence Magazine.

“Black liberation is about us fighting for our rights, demanding that our humanity be recognized,” Jones said. “That’s why we say Black lives matter.”

Jones looked back to the death of George Floyd, a 46-year old Black man who was killed by Minneapolis police in May 2020, and reflected on the mass amounts of protesting. She said justice is not given until individuals acknowledge the roots of the United States, which she said is an inherently racist system.

“So many others being killed by police, severely injured by police, are all a part of a racist system that will not let up,” she said. “You have to start thinking about what you’re digesting, how much you’re taking in, how your consciousness is awakening and how difficult that is to process on a daily basis.”

Jones also discussed how outreach of social media assists activists in organizing, especially those in Black communities. From communities in South Africa to the United Kingdom, to even cities in California like Sacramento and San Pablo, she acknowledged the power of connecting with one another.

“What social media has done has connected us as communities…being able to connect with each other and talk about what’s going on in their respective areas and their cities in their home countries and work together,” Jones said. “That’s been a game changer.”

To Jones’s definition, anti-racism activism has been co-opted by white people who alienated people of color, especially Black people. She said that to make change does not mean to simply be anti-racist, but it means being pro-Black, pro-Indigenous, pro-Latinx, pro-Asian and pro-people of color.

According to Jones, there is a huge difference between being an ally and being an accomplice. Jones said an ally is someone who can extract themselves and leave easily with no connection to the issue at hand.

“An ally shows up when it’s time to wave a flag and go home at the end of the day, having not ever experienced this,” Jones said.

An accomplice is someone who is willing to get arrested for a cause and put themselves on the line, showing up at all times, Jones said. She said accomplices not only show out to protests but donate to organizers, volunteer for causes and call local representatives to push for change.

However, Jones said this amplification of Black liberation, reparations and social change has only triggered an uptick in white supremacy violence.

“[White supremacists] realize that it’s not just where they are, but that Black people around the world are organizing and connecting,” she said. “There’s very few things that white people fear more than Black people getting revenge.”

Despite her praise of social media, Jones mentioned leaving Twitter due to being overwhelmed. While she acknowledged the platform is useful for organizing, education and disseminating information, she describes seeing these posts of Black people being killed causing her to be in “a daily war” with herself regarding her online presence to the point where she was in “a constant state of rage.”

Jones said her main focus was not to shift white supremacy, which she said has always been in the United States but to organize Black liberation.

“I’m focused on liberating the minds of my own people, to the point where they actually recognize what’s happening,” Jones said.