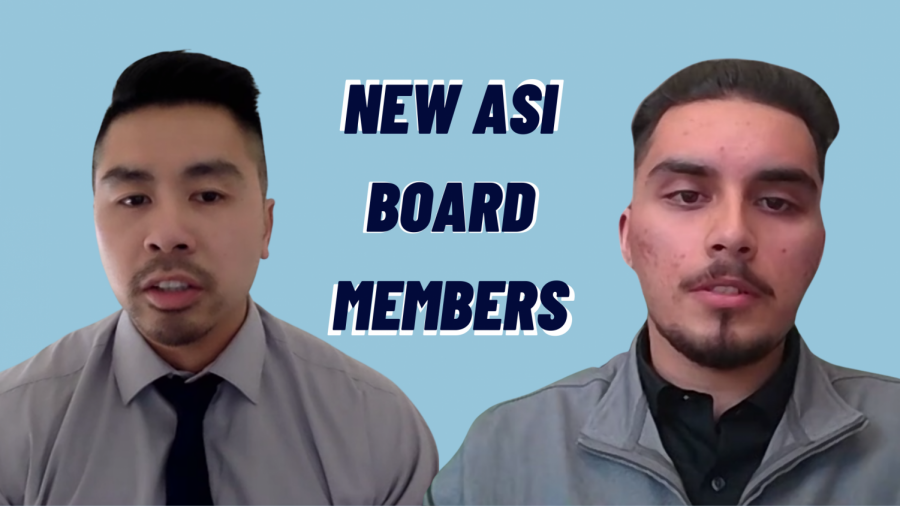 Wayne Cheung, left, and Francisco De La Torre III, right, were sworn in to the Sacramento State Associated Students, Inc. Board of Directors on Wednesday, Feb. 17, 2021. Cheung and De La Torre filled the two remaining vacancies on the board. Screenshots taken by Michael Pacheco via Zoom.

Sacramento State’s Associated Students, Inc. Board of Directors appointed two new directors, filling the remaining vacancies on the board during its meeting Wednesday.

Francisco De La Torre III, a third-year political science major in the Honors program, was appointed to the position of vice president of academic affairs.

De La Torre previously served as president of the Environmental Student Organization club in fall 2020, which hosted guest speakers such as the Millenium Alliance for Humanity and the Biosphere communications director and city council member Jeff Harris.

“Advocacy is an important part of ASI, and it is something that I wish to empower through this position,” De La Torre said.

After getting his bachelor’s in kinesiology from UC Stanislaus, Cheung is working on his master’s in school counseling at Sac State and said he is wanting to use this position to further advocacy of students, specifically graduate students.

The board also passed a motion to allocate $50,000 to the Transfer Peer Coaches program, a program that provides guidance to Sac State transfer students who earned an associate degree prior to coming to Sac State. Funds for this program will come from the Dollars for Organization and Clubs fund and ASI’s remaining club travel funds that have been unused due to the COVID-19 pandemic.

“While we pay attention a lot to our first-year program, or our ‘native’ students, we don’t see as much programming going to the transfer students,” Gallardo said.

The board also allocated $500 from its strategic priority funds to make a creative space in collaboration with the Center of Race, Immigration and Social Justice on its Un/Equal Freedoms art exhibition.

The funds will be allocated for awards for participants in the project, with Sac State artists getting priority.