5 to 7 crimes reported per month during campus closure 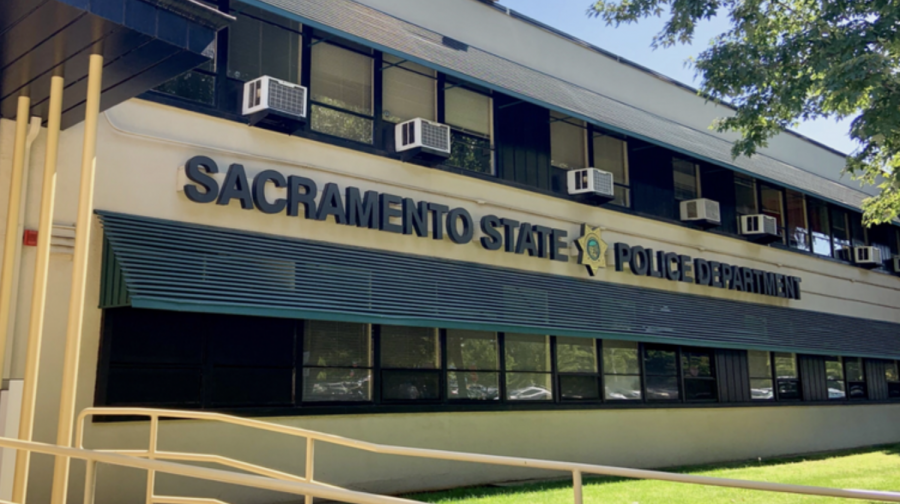 The Sacramento State Police Department continues to operate on campus despite the campus closure due to COVID-19. The police department’s current budget is estimated to be $6.6 million, according to Rose McAuliffe, associate vice president of budget planning and administration.

During the ongoing campus closure and university budget cuts, the Sacramento State Police Department continues to operate on a nearly empty campus with a budget of over $6 million.

The police department’s current year budget is estimated to be $6.6 million, according to Rose McAuliffe, Sac State associate vice president of budget planning and administration.

McAuliffe said the reason for the reduction in the police department’s budget for the 2020-2021 fiscal year was because Sac State as a whole had to compensate for a deficit.

Sac State’s total budget for this year was $348 million dollars, a $7 million deficit compared to last year, McAuliffe said. For the 2020-2021 fiscal year, McAuliffe said every division on campus had to make funding cuts of 10% to compensate for the deficit, and the division that controls the police department “chose to spread the 10% reduction in a way that minimized the effects to the police department.”

“We need to keep our students safe, regardless of how many are on campus,” McAuliffe said.

Since the campus closure in March earlier this year, the police department was one of the only departments whose operations remained the same despite the budget cuts, said Sac State Police Chief Mark Iwasa.

RELATED: Sac State will pay employees up to $70k – to quit

“We maintained staffing levels in dispatch and patrol,” Iwasa said. “We had a small decrement in Campus Safety and Security [CSS] personnel that worked at Sacramento Hall and Folsom Hall.”

Iwasa said the service center on campus closed during the fall 2020 semester, with the CSS personnel who worked from there moving to other areas.

“The security administration division is here as well. They run the security technology for the campus, including the blue light phones, ENS [emergency notification system], video cameras, body cameras for officers and the alarms,” Iwasa said.

Despite the small reductions in CSS personnel and four open officer positions, Iwasa said the campus police department is continuing with full operations even during COVID-19 and the campus being closed.

Officer Andrew Miller said that nothing much has changed day to day from before, with none of his colleagues affected in any serious way by the pandemic.

“There have been a little less calls for service for us to go out, and we have been less busy overall,” Miller said.

For calls when an actual crime is reported, the number is much lower than in the past, with only two crimes per week on average and five to seven crimes reported in a month, according to Iwasa. When the campus was operating normally, the crime figures were usually much higher.

“During the occupied periods, even the summer months, it is usually closer to 15 to 20 a month, and that’s just calls that people are reporting that an actual crime occured,” Iwasa said.