‘Having a gun doesn't make you a criminal’ 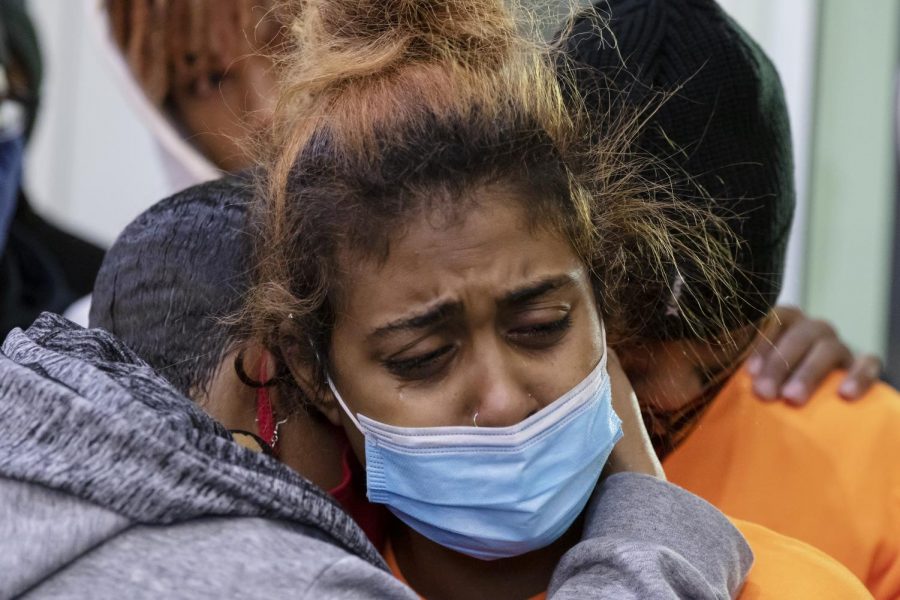 Jamilia Land, left, founder of A.S.A.P. (Anti-Violence, Safety and Accountability) and family spokesperson, consoles Jayda James, center, and Dwayne James, parents of Sa’Quan Reed-James, 17, and Dewayne James Jr., 19, during the candlelight vigil at Arden Fair Mall in Sacramento, California, Tuesday, Dec. 1, 2020. The James brothers were shot and killed at the exit by Forever 21 on Black Friday.

Harrison, who met the James brothers at the same mall they lost their lives at, says she will remember them as they were when she went to their house. She remembers them as people who were always trying to make her and others laugh.

“They’d always be on the PlayStation or the Xbox and they were just so funny, they took it so seriously,” Harrison said. “That was definitely when the best laughs and giggles happened.”

The family and friends of the two teens held a candlelight vigil where the brothers were killed.

The two brothers were shot near the Arden Fair Mall entrance after an altercation with another group, family spokesperson Jamilia Land said. The Sacramento Police Department arrested 18-year-old Damario Beck, who has been identified as the shooter according to their Twitter on Monday.

Dewayne James Sr., the father of the two teens, said he does not have any anger toward the shooter at a press conference held Monday at the Sacramento Police Department’s Headquarters.

“I don’t have nothing bad to say to the young man,” James Sr. said regarding the arrest of Beck in connection with the shooting. “I just hate that you chose wrong. I wish you would have went another route.”

The vigil began with prayers led by a pastor and other community leaders at the mall entrance where the brothers were shot. Family spokespeople then began to speak about the teens’ memory and deaths.

“These boys were loved, these boys were nurtured,” community leader with ACT Sacramento Allegra Taylor said. “This should not have been their last stop.”

Classmates, faculty and football coach from Rio Americano High School, where Dewayne James Jr. had graduated from and Sa’Quan Reed-James was still attending, were present at the vigil.

“They had a future,” Olivia Lawson, vice president of Rio’s Black Student Union said. “They had dreams and looked at what happened. Their names do not need to be forgotten.”

Land and Lawson also expressed their frustration with how the deaths were covered in the media, referencing an article from The Sacramento Bee that stated one of the brothers also possessed a weapon.

The Bee reported it reviewed exclusive video footage of the shooting that occurred after two groups of young men, one in each group armed with a handgun, began a verbal dispute inside the mall on Nov. 27.

“Whether they had a gun or not, their lives have been taken,” Land said. “Having a gun doesn’t make you a criminal.”

Harrison expressed a desire for those in the Sac State community to have open conversations about the violence in Sacramento.

“Talk about these things,” Harrison said. “I think a lot of people are afraid to have these conversations. We turn a blind eye to these things where they don’t pertain to us directly. Learn about it, talk about it.”

Due to all the loss she has dealt with in her life, Harrison said she is inspired to work harder at Sac State in honor of their memory.

“For all the people that we’ve lost, I just try to live for them,” Harrison said. “I have a lot of people that didn’t make it to college or were in college when they died, it makes me go harder actually.”