THE LO-DOWN: Ariana Grande has saved 2020 with her new album ‘Positions’

This album lives rent free in my head 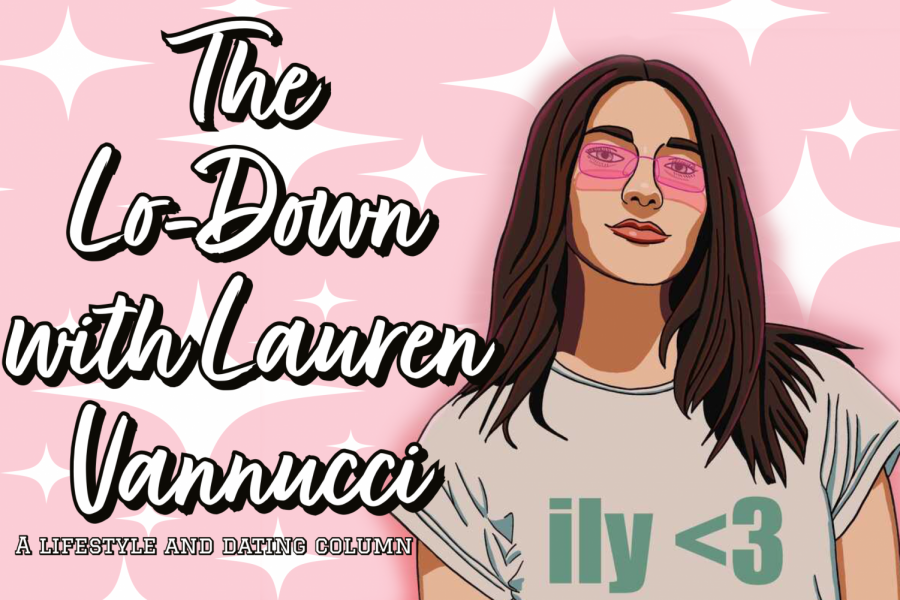 On Monday, Oct. 14, 2020, I was casually scrolling on Twitter and read a tweet that altered my life forever.

i can’t wait to give u my album this month

When I tell you I— I was truly left speechless. Miss Ari gave no other hints to promote her new album except THAT? WE NEED THE DETAILS SISTER!

So then two weeks later, Ariana Grande dropped a musical masterpiece of a song called “positions” with a music video to go with it and let me just say, nothing could prepare me for this song or video.

This is my new 2020 quarantine anthem! She let it be known that women can do so much more than society’s stereotypes. She pre-released this song with a music video hours after the last presidential debate. In the “positions” video Ariana appears as the president in the White House and also gives out awards to postal workers. This video is so good!

And if the song drop from the night before wasn’t already overwhelming enough… she dropped her song list on Twitter the next day. From the names of the songs to the features, I knew I was already going to love it.

i don’t have a top three or anything ! everything goes hand in hand. this project is my favorite for many reasons and i really can’t wait for it to be yours. thank u for your love and excitement, it means the world to me. 🤍

Fast forward to a week later: She drops her 6th album.

Ariana Grande has been playing nonstop throughout my household since 9 p.m. Thursday night. SHE LITERALLY CRASHED SPOTIFY! I couldn’t listen to it for like five minutes because so many people were downloading it.

I can literally hear my roommate belting “positions” while she’s taking a bath as I’m typing (Dyl, this is the ultimate test to see if you actually read my column. Text me your order from Taco Bell if you see this, maybe I’ll actually DoorDash you a crunchwrap supreme, lol).

This album is like a cultural reset. A hug from a loved one you haven’t seen in a while. I get the same feeling Christmas came early for me with this album release. It’s everything I could have ever wanted.
My top 3 songs from the album:

This might be one of my all-time favorite songs by her! It’s one of the only pop-ish songs on the album that sounds like her previous music which is why I like it so much. Big fan, big fan.

Gosh I wish I could pull out my dance moves at the club with this song, *sighs in pandemic* but it’s one of the most upbeat songs on the album. I love how it shows a pop-funk side of both Ariana and Doja Cat. I’ll for sure be dancing to this in the living room with my roommates to this one!

She ends the album with some real emotional shit. The way she describes being in love is so honest. She admits to not being a perfect person, especially in love, and is able to convey her emotions from her past traumas in such a unique way.

That is the kind of love I strive to have. This song makes me happy because she’s happy.
Alright, let’s rip the Band-Aid off and go over what I didn’t like

The album begins with my least favorite song, “shut up.” It isn’t even that I don’t like it at all, but to me the chorus is a little annoying, and I wish she would have started the album with a song that would have drawn us all in a bit more.

The features on the tracks could have been longer. She featured three really amazing artists — Doja Cat, The Weeknd and Ty Dolla $ign — who are all highly sought after in the music industry right now, and she definitely could have done more with them within the tracks. With that being said, their features went OFF!
Many of the songs offered the same kind of pop/R&B style that seemed a little repetitive.

There are so many amazing, notable lyrics from this album! The way she is able to put her feelings into words blows me away. In “just like magic,” she says: “Good karma my aesthetic (Aesthetic)/ Keep my conscience clear, that’s why I’m so magnetic/ Manifest it (Yeah), I finessed it (I finessed it)/ Take my pen and write some love letters to Heaven.” These lyrics refer to her late boyfriend, Mac Miller. First of all, those lyrics broke me. RIP Mac. But also, those lyrics are so f*cking motivating. She is celebrating herself so much in this song! As she should.
Ariana does a great job of storytelling with this album and really emphasizes empowerment with her lyrics.

Queen Ari
I feel like Ariana has shown us how deep she can get into her emotional struggles through her music. Society has put this expectation on her to create musical masterpiece on masterpiece, but she is allowed to deliver what she wants. By her music she seems happy, and ultimately has nothing to complain about.

While I don’t think any album could ever top “Sweetener,” I do think this album is a great representation of Ariana in the present. She seems happy and in love and IT SHOWS! I have been a longtime fan and I am very proud of her.

I went into the album as a girl and left the album after listening fully as a woman.