From the backyard to the Nest: Sac State men’s basketball embraces local ties

Team with most Sacramento area players in last 8 seasons 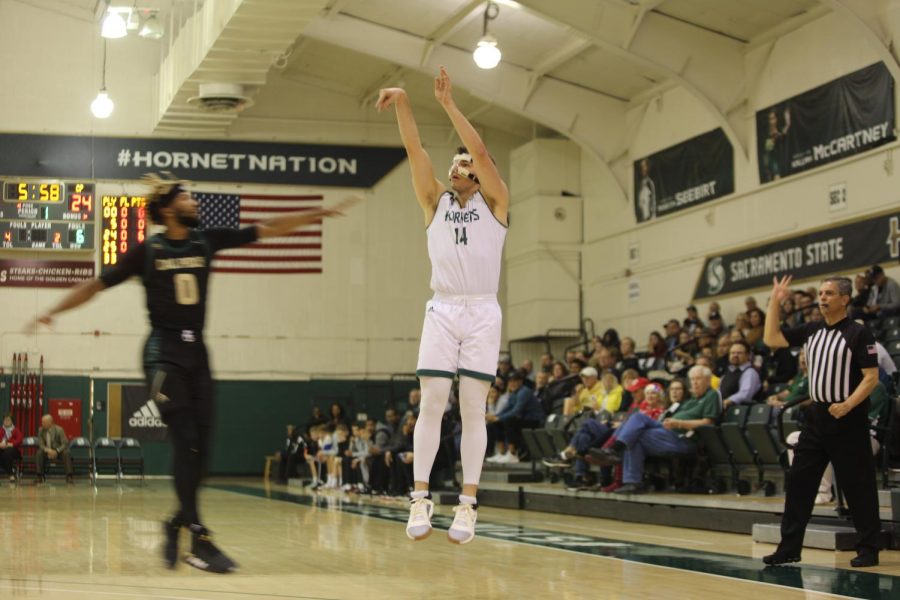 Sac State junior guard William FitzPatrick shoots a 3-pointer against Cal Poly on Wednesday, Dec. 18 at the Nest. FitzPatrick transferred from Folsom Lake JC and is one of five local players on the team.

Playing just 18 miles down the road from his hometown of Folsom, senior Sac State basketball guard William FitzPatrick is living out a vision from his childhood, doing so in territory he is very familiar with.

“Growing up, everyone has dreams of playing D-I, to be able to play at my local Division 1 school is just amazing,” FitzPatrick said. “To wear that Sacramento State on my chest, it’s something I’m so thankful for.”

Coming into the 2020-2021 season, five out of 16 Sac State men’s basketball players are from Folsom or Sacramento, making this year’s team the one with the most Sacramento County native players in the last eight seasons.

“To represent this great city that we grew up in, it’s an opportunity for us to give back in our own special way,” FitzPatrick said.

Senior guard and Sacramento native Christian Terell played for Sacramento Charter High School as well as the Nor Cal Wildcats AAU team. After playing three seasons with UC Santa Barbara, Terell transferred to Sac State in a return to his hometown for his senior season.

“It feels great to be back home,” Terell said. “Knowing that I get to play here, playing in front of my family, [I take a] great sense of pride in that. I’m surrounded by all friends and family I grew up with, I want to prove to them that all of their time and investment into me was worth it.”

In addition to this Hornet squad already having much in common from a team aspect, the players’ ties to the region only bring the community closer together and give players more motivation.

“To be able to play in front of the friends and family you grew up around, it brings an edge to the way you play,” said Rick Barros, Redshirt freshman guard and Sacramento native. “These are guys [I] grew up around, you feel like you already know everyone, it definitely helps with the chemistry of the group.”

Head coach Brian Katz said the Hornet coaching staff’s recruitment strategy has been consistent in looking for homegrown prospects, but this season is looking to set new standards for local continuity.

“Going back 13 years, our recruiting has always been inside out,” Katz said. “But in this particular year, we hit the lottery.”

Katz said he and his staff’s main priority is finding good basketball players, and a lot of them just happen to be in Sacramento’s backyard.

“It’s getting better and better every single year,” Katz said, referring to the state of basketball talent in Northern California and Sacramento. “I remember when there was one or two Division 1 players in the entire region. Now, we’ve had recent years where there has been 15 or 20.”

With the inclusion of more localized talent, there is hope that when attendance is allowed back in the Nest, there will be a higher incentive for Hornet basketball fans to come together at the Nest. 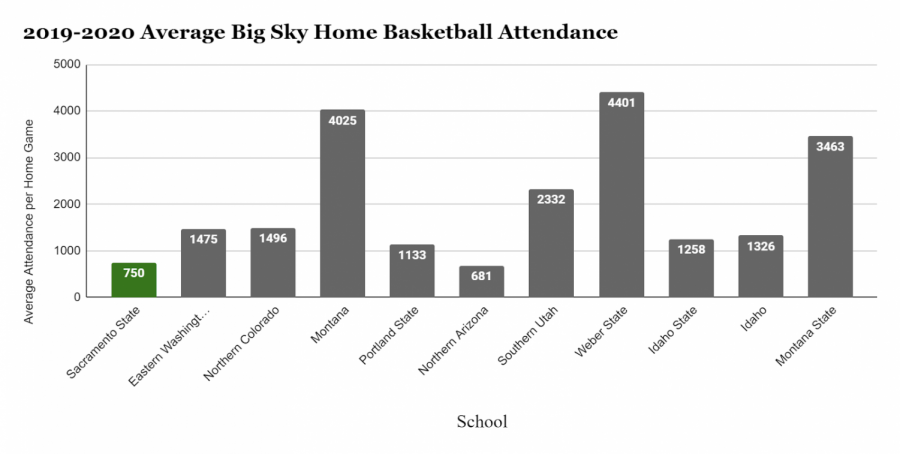 “The local fans who support Hornet basketball want to see a group of young men that play together,” assistant coach Brandon Laird said in response to the local players’ presence impacting the fan base. “If they happen to be from Sacramento while accomplishing this, I do believe it is an added bonus for the community.”