ASI registers 1,767 students to vote in Buzz the Ballot campaign 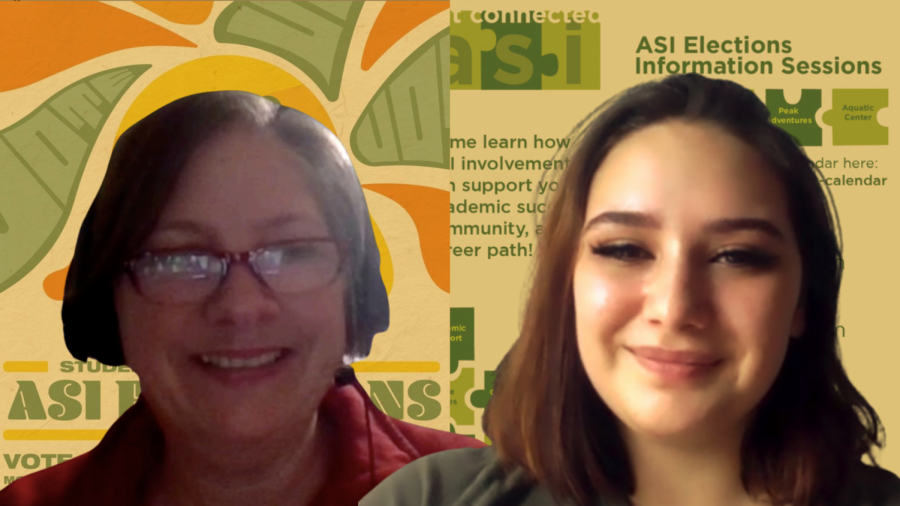 Lisa Dalton, ASI's executive and board associate, and Lexie Tesch, a civic engagement coordinator for ASI's Office of Governmental Affairs, discuss their roles in ASI's 2020 Buzz the Ballot campaign. ASI registered 1,767 students to vote in the 2020 election through its campaign, coming in third place in the statewide Ballot Bowl. Photos taken via Zoom by Jenna Cooper. Promotional graphics provided by ASI.

Sacramento State freshman Lexie Tesch has been involved in politics since she was in eighth grade, and in this election, she wanted to spread information about what was on the ballot to her peers while remaining unbiased. Tesch, a civic engagement coordinator for Associated Students, Inc.’s Office of Government Affairs, decided to do that through the Buzz the Ballot campaign.

The goal of ASI’s Buzz the Ballot campaign was to register 800 students to vote before the Nov. 3 election. Not only did the board meet that goal, it registered 1,670 more students than it did in the 2018 Ballot Bowl, a competition sponsored by the California Secretary of State between universities to register students to vote.

In the 2018 Ballot Bowl, Sac State came in 10th place after registering 97 students to vote and won second place for the most creative approach to registering students.

“I’m not here to sway someone towards one side,” Tesch said. “We were all just about the facts. Our biggest thing was just making sure people were registered to vote and they knew how to vote.”

Samantha Elizalde, ASI’s vice president of academic affairs, said she credits the 2020 campaign’s success to the work of ASI and the interest that younger voters have in politics.

“There was so much turnout of the younger vote in this election,” Elizalde said. “With the unrest that we’re going through, people realize that their vote does matter. I think that’s why people were more engaged to get involved in this election and have their voices heard.”

The campaign’s success was also due to its outreach on social media, Tesch said. Tesch used social media including Instagram and Twitter, and moderated webinars with panelists discussing why they believe it is important to be civically engaged and vote as civic engagement coordinator.

“Social media is such a big thing,” Tesch said. “It already was before the pandemic, but now that really is how you can connect and spread information. It was really impactful in making sure that more people are registered to vote.”

One panel, called hashtag #WhyHornetsVote, included student representatives from the Dreamer Resource Center, the Pride Center, the Full Circle Project and the Martin Luther King, Jr. Center. Tesch said this was her favorite panel because the panelists discussed their journey to becoming civically engaged and why it was important to them to vote.

“During this time of us Sac State students experiencing online school for the first time and living this year with the COVID-19 pandemic going on, we can really only do so much,” Israel said via Instagram direct message. “But I believe the most powerful way to stress the importance of voting to Sac State students is using social media.”

One of ASI’s strategic priorities included distributing resources and hosting events to educate students about what was on Sacramento’s ballot.

“I wanted to see our students have access to as much resources as possible,” ASI president Noah Marty said. “That way, they would have the ability to get out and be an educated voter this election.”

Marty said ASI created a voter information packet that described what was on the ballot, as well as how the results of the election could impact college students. The packet broke down federal, state and local elections as well as the propositions and measures.

Tesch said she wanted ASI’s work to focus on local elections and propositions as much as the presidential election.

“People don’t recognize how much of a direct democracy we have when it comes to making changes in our hometowns,” Tesch said. “You’re voting for these props, but are you keeping up with what city council is constantly doing?”