KYLIEBYTES: From tweets to ‘Fleets’, what does this mean for Twitter users? 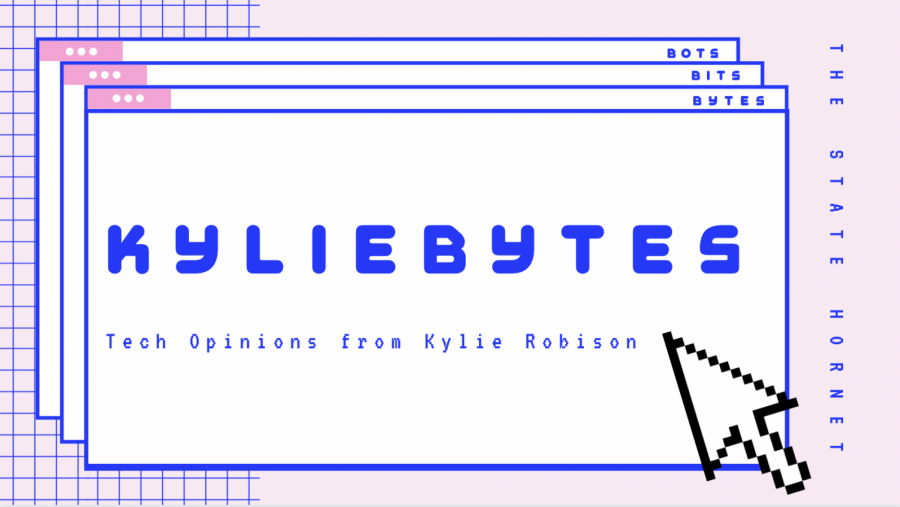 Following the lead of social media competitors, Twitter has introduced a “Fleets” story feature, which allows users to post media that automatically deletes after 24 hours. The name comes from the idea of fleeting thoughts and the feature is being deployed globally for iOS and Android in the coming days.

This is a big step for the platform, which is entrenched in controversy from the unchecked abuse women and Black, Indigenous and people of color often experience. With a function that would allow users to speak their minds without much of a trace, my first thought was, what does this mean for the multi-billion dollar company and more importantly, their users?

As a user, initially, I was unsatisfied. I quickly tapped on the Fleet bubbles at the top of my timeline and it wasn’t entirely functional. I thought it was my internet connection, but it turns out that it’s a bug that has yet to be ironed out. TechCrunch notes that this might be a sign of early success, due to the fact that users are interested in using it, not to mention that it is currently the number one trending search term on the app.

As a technology reporter, I’m enthralled by what this means for the platform. Twitter is my favorite site to use, and where I’ve built my audience. As my followers have ticked upwards, it can be an uncomfortable experience. The constant harassment can be tiring, and often deters prominent women and BIPOC from tweeting at all, or prompts them to deactivate their accounts.

The further I build my platform on Twitter, the more often I’m met with harassment. I’ve received numerous messages calling me the C-word, which seems to be a fan-favorite of Twitter incels. I can block all I want, but these perpetrators will simply make new burner accounts, and encourage their friends to join in on the harassment. It’s overwhelming, to say the least.

This not-so-subtle nudge to the key criticism Twitter faces leaves me, both as a user and a reporter, disappointed. It’s clear the platform is attempting to avoid the core flaw of their product, for the sake of engagement.

Prominent women and BIPOC are under constant fire on this platform. So I asked Taylor Lorenz, a technology reporter for the New York Times, about her take on this new feature.

“I think Twitter is a little bit grasping at straws,” Lorenz said. “They rolled out those audio tweets, you know? They’re clearly trying to engage people in different ways. I don’t know if their users are stagnating, but they’re definitely rolling out a bunch of new types of formats. Also, I think it’s leading to a worse user experience because you’re trying to scale up without protecting your users.”

“Under the guise of a better user experience?” I asked.

“Right, but it’s not a better user experience,” Lorenz replied. “It’s just a more profitable one. It’s just a new place for them to spam ads to you. I think they’re just flailing around trying to get anybody to use Twitter. But, I don’t know, I do think people will use this because it’s ephemeral.”

Ephemeral, meaning temporary, media is an in-demand feature, as seen by the success of similar story features on sites including Snapchat and Instagram. However, Twitter’s insinuation that Fleets will fix their core product flaw of harassment is simply untrue. Twitter is focused on advertisement dollars and cents through features that promote engagement, not necessarily the user experience.

After I posted a Fleet asking for opinions on the new feature, former Instagram employee Nick Gerace replied and said he’s happy to see “stories” make their way to Twitter, and noted that it’s a cool way to engage with followers without thinking about likes and retweets.

“I am a bit concerned with the harassment/privacy issues though,” Gerace added. “There’s rough edges, but there’s potential here!”

It isn’t a perfect solution, I would say. There will be no indication that another user has screenshotted your Fleet, and even if your DMs are closed you can still receive unwanted replies from your Fleet. Worst of all, if someone reposts your tweet as a Fleet, someone you’ve blocked will be able to see your tweets through their Fleet.

I imagine Twitter developers will eventually create additional privacy settings as the feature rolls out globally. From my perspective, there’s still a long way to go, but any attempt to improve their user experience is a step in the right direction.

With Instagram recently rolling out an oddly-placed shopping function in place of the notifications tab, and Facebook struggling to adjust in this political climate, now is the perfect time to roll out this feature.

Twitter user Chelsey Randolph also responded to my Fleet, saying “I am loving it so far. I will probably never use the feature personally, but I follow so many cool tech people and I love getting a look into their personal lives through fleets.”

As one blog-site put it, “Stories focus on the storytelling aspect of social media.” Social media taps into our human curiosity, to see what others are doing, even if it’s a vanishing moment.

Stories are unbelievably popular because they are so immersive and interactive. Using app-specific lenses, animations, stickers, and even music, you can create photos and live broadcasts that give viewers a peek into your day, and you can add a little flair.

Fleets are only the latest in a slew of features released that attempt to mitigate harassment. Along with Fleets, you can limit who’s able to reply to your tweets. Although limiting, it does not completely prevent direct harassment, because users who you’ve prevented from replying can still quote tweet. 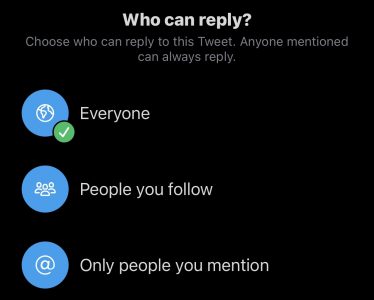 Twitter is constantly criticized for allowing Nazis on their platform, failing to remove tweets from President Trump that violate their Terms of Use, and having a broken reporting system that often lets abuse run rampant. These features are a neat way to work on abuse while allowing for open communication, but it doesn’t replace the necessity of truly eliminating the harassment.

When Twitter CEO Jack Dorsey interviewed for Wired, he said “Our purpose today, we believe, our superpower, is around conversation.” Dorsey further notes in the interview that this freedom of expression may adversely affect privacy and security.

These new features are clearly part of this mission, to create a space for communication, but it should not be mistaken for a step in the right direction. Simply, it is a way for Twitter to increase engagement. Their stakeholders rely on bad actors, because gaining users is the goal.

In the technology world, often we speak of listening to users’ experiences. Twitter has not been the best at mitigating the damage their users report, but I’m hoping this emphasis on the user experience leads to productive change.

I’m hoping this means I, and other underrepresented folks in this field can feel safe using their platform. Until then, I cannot confidently say that Twitter is doing anything to fix our experience.