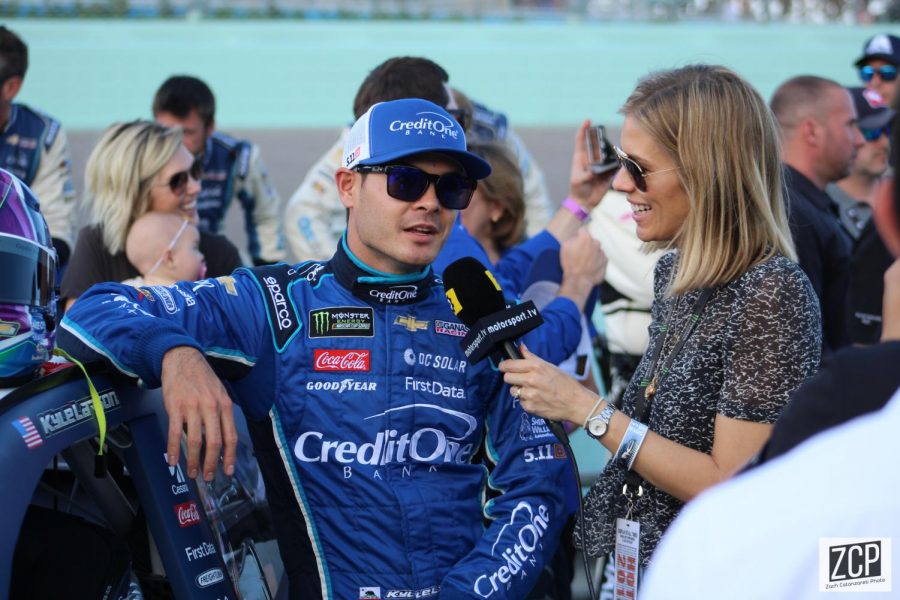 Kyle Larson is back in NASCAR six months after using the n-word in a virtual racing event, but has he done enough to warrant this second chance (Photo by Zach Catanzareti) CC BY-SA 2.0

On April 12, Kyle Larson was the hottest free agent in NASCAR. With nine race wins including the 2019 All Star race, he could have signed with any team he wanted to, found sponsors to fund his dirt racing team and gotten himself into championship-caliber equipment.

The very next day he was heard using the n-word during a virtual racing event.

Within 72 hours, the 28-year-old Elk Grove native was fired by his team owner Chip Ganassi, indefinitely suspended by NASCAR and dropped by major sponsors including McDonalds, Credit One Bank, Chevrolet and Advent Health.

Now over six months later, NASCAR has officially reinstated Larson and he was announced as the driver for the No. 5 car for Hendrick Motorsports in 2021 on Wednesday.

But has Larson truly done enough to warrant a comeback story and redemption arc?

Part of his suspension from NASCAR required him to undergo sensitivity training before he could be reinstated, but Larson has gone beyond that.

He volunteered for a food drive in Minneapolis created by former Major League Soccer player Tony Sanneh and even visited the George Floyd memorial and neighborhoods that were affected after Floyd’s death.

He voluntarily took the time to educate himself on the history of Black Americans and why casually using the n-word isn’t acceptable.

“I realized how little I really knew about the African-American experience in this country and racism in general,” Larson wrote in an open letter on his website. “Educating myself is something I should’ve done a long time ago, because it would’ve made me a better person – the kind of person who doesn’t casually throw around an awful, racist word. The kind who makes an effort to understand the hate and oppression it symbolizes and the depth of pain it has caused Black people throughout history and still to this day. It was past time for me to shut up, listen and learn.”

Something to note is that he did all of these things, without publicly announcing them to the world. Larson deactivated his Twitter account shortly after the incident so he wasn’t providing updates on his journey to educate himself.

In a world dominated by social media and people looking for recognition for simple things, seeing Larson not promote these activities as a way to garner sympathy and support makes it feel more credible and less like an obligation towards reinstatement.

Most athletes just go through the motions and do the bare minimum to get reinstated, but it appears, on the surface anyways, that Larson has taken the extra step to truly understand why his actions were wrong.

He even acknowledged in an interview with James Brown on CBS This Morning that never driving again wouldn’t be too big of a punishment.

“I don’t think it would be too steep of a price to pay,” Larson said. “What I said was extremely hurtful and I would fully understand if I was never allowed to race another NASCAR race again, but I hope I will get that opportunity to race with them. With that platform, I think I could do some good things.”

It was always going to be easy for people to just chalk this up to the typical NASCAR stereotypes; that it’s a sport for hicks, rednecks and racists that don’t have any respect for minorities and people of color.

Black drivers have been a rarity in NASCAR with only two driving in the premier series full time, Wendell Scott and Bubba Wallace. Others have made sporadic starts like Willy T. Ribbs, Bill Lester, Marc Davis and Jesse Iwuji. And a lot of them have had to deal with issues.

Wallace has been regularly booed this season, seen by many fans as responsible for the removal of the Confederate flag. Scott never got a trophy for the one race he did win because the officials at the time refused to acknowledge his victory. Ribbs even referred to the series as “Al-Qaida,” “Neckcar” and “the WWE” in an interview.

Many people on Twitter were saying that they would quit watching the sport when his suspension was announced and some were even calling for his reinstatement just hours after.

And you wonder why you keep losing fans… Keep twisting the knife. I lost respect for Nascar on this one. I dont agree with what Larson said, but Nascar, you could have handled it differently. I am ashamed to be a Nascar fan this morning. And Im not even a Larson fan!

As a Black NASCAR fan, it hurt to see Larson set back the work that the sport has done in being more inclusive and giving fuel to the people who said the sport would never change.

But at the same time, those notions that the fans and the sport wouldn’t care because they are socially backwards were always going to play in Larson’s favor when it came time to apply for reinstatement. All we could do was hope he saw the error of his ways and truly make an effort to change.

Compared to other sports figures and broadcasters who lost their job over racial comments, Larson has shown that he was willing to just listen and learn instead of immediately trying to justify what he said.

Even after his comeback was announced, he still says he plans to continue to be involved with community and outreach programs.

“I don’t plan on stopping what I’ve been doing… I’ve never wanted it to be a check the box thing. I wanted to be authentic and genuine through it all and I’ve alway been that person,” Larson said on the Dale Jr. Download.

And as Wallace said in the wake of Larson’s incident, “he, along with most other people deserve second chances, and deserve space to improve.”

Of course, only time will tell if Larson was actually serious about bettering himself or just going through the motions to get back to NASCAR. But for the time being, he has earned a second chance and the opportunity at redemption.