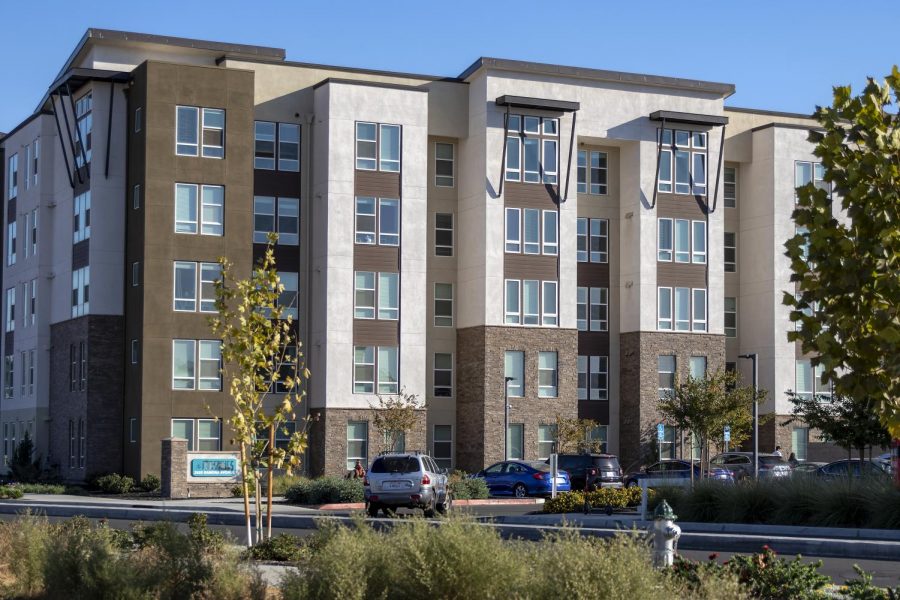 A car pulls into The Crossings apartment complex on Ramona Avenue in Sacramento, California, Monday, Oct. 26, 2020. Sacramento PD were notified of a bomb threat against The Crossings at 1:40 p.m., and nothing was found, according to Officer Karl Chan.

A former resident of The Crossings made a bomb threat against the student apartment complex through social media Monday afternoon, apartment management said.

“This afternoon it was brought to our attention of our management team that a former resident threatened harm to the property,” wrote Michelle Fernand, The Crossings general manager, in an email sent to residents.

Fernand wrote that no threat was found and that The Crossings has taken steps to ensure the property has additional security over the holiday weekend.

“Officers along with canine units responded to the scene to clear the common area in the buildings and ensure that there was no suspicious devices and through that search they located nothing suspicious,” Chan said.

Chan said police generated a report, and the investigation into the claim is ongoing.

“[The bomb threat] was made online, and so our detectives will be following up with any information they can get from the online profile and things like that,” Chan said.

The Crossings is an off-campus student living complex popular among Sacramento State students.

The Crossings has not yet responded to a request for comment sent via email Monday afternoon.