FAQ: All about Measure B on Sacramento’s ballot

Measure proposes extension for redistricting after census data is delayed 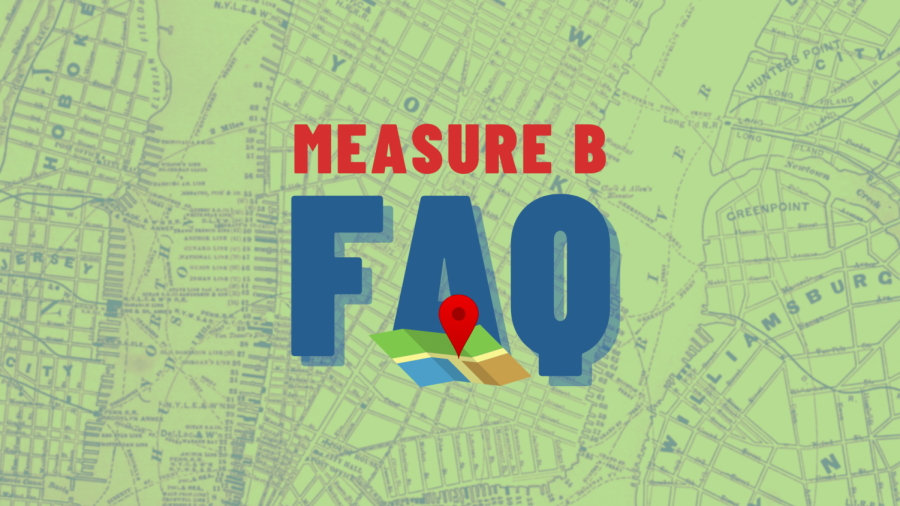 Measure B on Sacramento’s Ballot this year, also called the Independent Redistricting Timeline Exception, focuses on the timeline of redistricting that the city follows after receiving population data from the 2020 census.

Measure B on Sacramento’s Ballot this year, also called the Independent Redistricting Timeline Exception, focuses on the timeline of redistricting that the city follows after receiving population data from the 2020 census. The State Hornet has put together an FAQ answering the most common questions about the measure on the ballot.

Question: What is Measure B proposing?

Answer: Measure B proposes that the Sacramento Independent Redistricting Commission will have until 130 days before the primary election in 2022 to establish the new council district boundaries based on the 2020 census.

Voters in 2016 approved Measure L to require the commission to redraw council maps within six months of receiving census data and that the new map be in place for six months before an election.

Because the coronavirus pandemic delayed the collection of the census, the date the city will receive its data has been delayed from April 1, 2021 to July 31, 2021, according to the Measure B text. According to the Sacramento City Charter, the commission takes approximately six months to redraw boundaries, so the new boundaries would not be finalized until January of 2022.

Since the state’s primary election date also moved to March after Measure L passed, there would not be enough time for the commission to draw the new boundaries and have them be in place for six months before an election.

Measure B proposes a one-time exception to the typical timeline for establishing new council district boundaries. It requires that the redistricting commission adopt its final map based on the 2020 census by October 31, 2021 so that it may be used for the 2022 elections.

Q: Why does the city want to propose new council districts?

A: After receiving the census data about population, the commission redraws district boundaries so that each district has the same population. Populations can grow or shrink in districts between censuses, so districts are redrawn to make sure each citizen is equally represented by their district’s elected official.

This commission was approved by voters in 2016 and was created to ensure boundaries are drawn in a nonpartisan manner, without any special interests or politicians creating the boundaries in their favor, according to the commission’s website.

Commissioners must have been citizens of Sacramento for 10 years and voted in two of the last three city primary elections, according to the commission’s website. Additionally, commissioners and their spouses or children cannot have donated more than half the allowable amount, typically less than $1,800, to city candidates in the past four years and cannot have been city employees or lobbyists in the past four years.

Before the creation of this commission, councilmembers and elected officials drew the district boundaries, according to Measure L. Councilman Eric Guerra said this allowed politicians to manipulate the districts in their favor and negatively affected low-income communities and Latino neighborhoods.

Q: Who supports this measure and why?

A: The argument in favor was signed by Guerra, a Sacramento State alumnus.

“Measure B is very simple. All it does is change the timeline so we can actually get the Citizens Redistricting Commission to get the data and draw the lines appropriately,” Guerra said.

He said he supports the measure to ensure the redistricting commission can fairly draw new council boundaries once the data is received.

The argument in favor was also signed by community members of California Common Cause, the League of Women Voters of Sacramento County, Council of Pacific Islanders Together for Advocacy and Leadership and the South Oak Park Community Association.

“Without this proposed change in the charter, the Independent Redistricting Commission will not be able to do their job and draw the new City of Sacramento council district boundaries in time for the 2022 election,” the argument in favor states.

The argument also states that it is important for districts to be redrawn after census data is received to make sure there are “council district boundaries that are reflective of our current demographics.”

Former Associated Students, Inc. President Christian Landaverde, a member of the Sac State College Republicans, said he is also in favor of this measure.

“Personally, I support Measure B,” Landaverde said. “In general, the redistricting commission has already been around for a while. It’s independent in the city of Sacramento, which is something I think is beneficial for everyone.”

Landaverde said he does not see any reason to oppose this measure because it is a one-time exception to allow the commission to do its job once it receives the census data.

“There shouldn’t really be much opposition to it,” Landaverde said. “It’s more of a technicality, since some of the census data might be a little backlogged because of this pandemic we’re in right now.”

Q: Who opposes this measure and why?

A: No official argument against the measure was submitted to the city clerk.

Q: How would this affect students at Sac State?

A: For students who live on campus or in the Sacramento area, the district they live in could change when the boundaries are redrawn for the 2022 primary election, which would change who they can vote for to represent them on the city council. Redistricting is required following the 2020 census, but the passage of Measure B would give more time for the redistricting commission to redraw boundaries before the March 2022 primary election.

Guerra said students should make sure to stay politically involved, something he learned during his time at Sac State. He encourages them to get involved in the redistricting process, whether they live on campus or in the city, to make sure students are represented fairly.

“Who you’re voting for and what measures are on [the ballot] impacts daily lives as students, as faculty and as staff on campus,” Guerra said. “Students can influence that process as citizens and say, ‘where do we want our council districts?’”