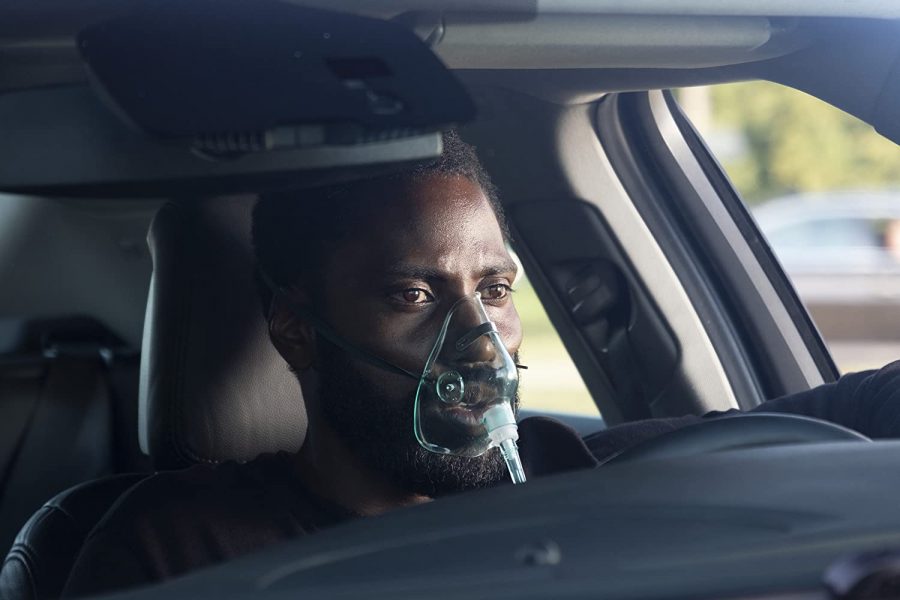 Early on in “Tenet” when the character known only as “The Protagonist,” played by John David Washington, is first given information about “inverted” materials brought from the future, he is told to not try to understand it, but to just feel it. At this moment, I knew how to look at the film: To not try to fully comprehend the information being thrown at me, but to experience how it all plays out.

It’s not possible to fully grasp everything happening in “Tenet” in just one viewing. To its own faults, the film is intentionally dense. Much of the first act is a heavy dose of expository dialogue to set up the espionage plot and explain how “inverting” works. As the film goes on and the story becomes more convoluted, it becomes even more difficult to fully grasp everything.

Throughout the majority of Nolan’s films, time has been the enemy.

In Nolan’s film “Inception,” our heroes must dive deeper and deeper into different dream layers in just mere minutes of real time. While in his other film, “Interstellar,” just the passage of time hinders the main protagonist from seeing his family. In “Tenet” however, time isn’t just an enemy — it’s a weapon.

Without giving spoilers by delving too much into the plot, which even after one viewing is difficult to do, Nolan uses time as a way for understanding how to either fix our past or our future. Do we let things unfold as they should or is there a way to fix our past? How do we live in a world that we know is destined to fail?

Nolan takes the basics of these ideas while also trying to craft a story of espionage that starts to become more and more complicated as the film continues.

The best way to describe “Tenet” is a Bond film through the lens of Nolan.

There’s the classic globe-trotting adventure in the film, but told in the most dense and complicated way possible. Nolan seems to be the only person sure of how this all plans out, and the best possible thing to do is trust him and go along for the ride.

In typical Nolan fashion however, characterization is bare and limited. Although, to complain about it at this point seems reductive. We know Nolan struggles with developing characters, his female ones especially, so why even bother complaining at this point? His main focus is to build up the time-bending plot, so it’s his actors who make the characters in his films work, not his writing of the characters themselves.

Washington, Robert Pattinson and Elizabeth Debicki are incredible actors who make these characters more than what may be written on the page. Nolan has always gotten A-listers to lead his films, from Christian Bale to Leonardo DiCaprio, so to see some of these actors who are on the road to A-list status take on the leads is a joy.

I’ll take whatever retribution I can for Debicki not getting nominated for “Widows.”

Spectacle is Nolan’s strong suit and there’s plenty of it in this film. Him and cinematographer Hoyte Van Hoytema deliver not only some great scope in the action that we expect from Nolan, but many tense sequences as well, especially when they involve weapons, cars or people who are “inverted.”

What can I say? I think it’s just neat when things go backwards and forwards at the same time, especially when Ludwig Göransson’s bombastic score kicks in.

However, that loud score has sparked a lot of conversation about the film’s sound mixing, and many people are complaining they’ve had a hard time hearing the dialogue. My thoughts? I watched it at the drive-in, where there’s always issues with the levels between the score and dialogue, so I may not be the best frame of reference.

“Tenet” is going to lead to a wild discourse, which I’m sure is exactly what Nolan wants. Many will fight to either defend its dense narrative and logic, while many others will not buy into everything he’s doing here. I’m a sucker for ambition, even if it can result in a director going too overboard. Nolan seems so sure of what he’s doing here that I just started to give into it.

The heavy amount of exposition and explanation in “Tenet” can leave you exhausted by the end. An extra viewing would not only be necessary, but might even be wanted. The issue with that is we’re in the middle of a pandemic where the act of going to a movie theater might not be the safest. It’s strange that a film where a major concern is characters having to wear masks would come out during this time.

Time is always going to be too convoluted and strange to discuss in any kind of film, so to have “Tenet” still seem as coherent as it is, is an achievement in and of itself. It just may take a viewing or two to fully grasp it all.