OPINION: Ruth Bader Ginsburg was a titan of the American justice system

Justice died Friday at the age of 87 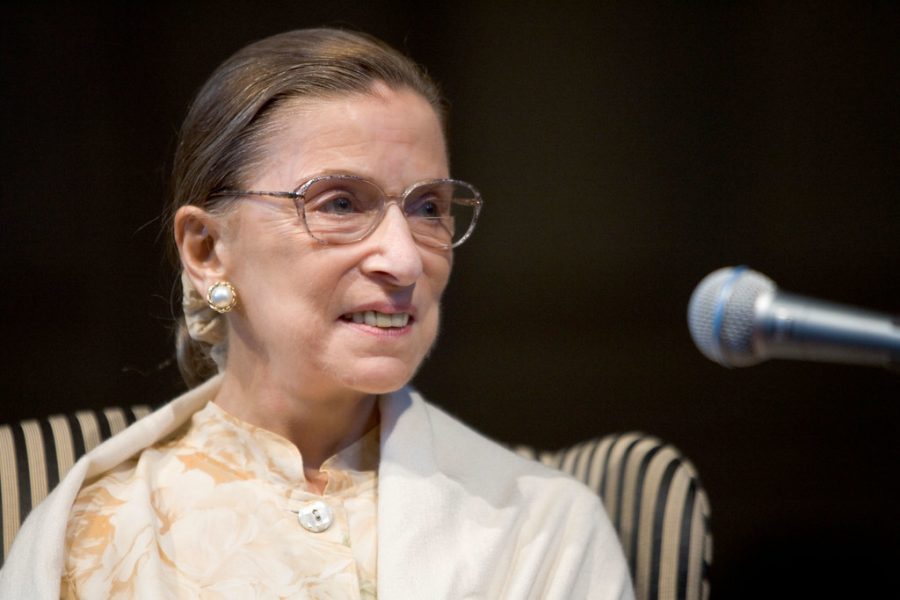 “I dissent.” Ruth Bader Ginsburg was not afraid or shy to let her colleagues know that she didn’t agree with them. As an advocate for the American people, such was her duty to uphold and defend what she believed in as well as what she thought would benefit citizens to the fullest.

The Supreme Court has operated as not only the highest court in our land, but also as the last avenue of hope for those still seeking justice. Not many are deserving of such a high honor to uphold our democracy to the fullest. However in our American history, Ruth Bader Ginsburg was the ultimate example of how justices should carry themselves both on the bench and off.

This past Friday, Justice Ruth Bader Ginsburg died at the age of 87 and it broke my heart. It felt personal. It felt like I lost my own family member. People may not understand why that is, but even I looked up to Ginsburg as someone that I could always count on even if I’m just one person 3,000 miles across the country.

From the start, Ginsburg was immediately counted out because of one main reason: she was a woman. As a trailblazer though, that didn’t phase her. After she earned her Bachelor of Arts degree in government, she went on to Harvard Law School where she was just one of the eight women admitted out of a class that exceeded 500 students.

However, the road through Harvard was rough as the Dean of Harvard Law School at the time voiced that the women that were accepted took spots that belonged to other men. That never stopped Ginsburg though on her way to becoming the first female member of the Harvard Law Review, a distinctive law review published by an independent student group at Harvard Law School. Despite graduating near the top of her class from Columbia Law School, Ginsburg was unable to land a job.

That same sexism plagues our society today and that is what Ginsburg dedicated her life to fighting. She once said, “Women belong in all places where decisions are being made. It shouldn’t be that women are the exception.”

From her beginning, Ginsburg was a voice for women all over the world, showing everyone that someone’s drive for what they want is the ultimate determinant of where they end up.

Most importantly, on August 10, 1993, Ginsburg was officially sworn in as an associate justice of the Supreme Court, making her only the second woman to ever receive the highest honor as a judge. During these past 27 years, she became a titan of justice and democracy.

It was my honor to preside over Justice Ginsburg’s confirmation hearings, and to support her accession to the Supreme Court. Her opinions, and her dissents, will shape the basis of our law for generations to come — and we’ll be a more just and equal nation because of it. pic.twitter.com/SmZD2KyyyG

Ginsburg upheld justice from leading landmark decisions such as United States v. Virginia, 518 U.S. (1996) in which the court struck down Virginia Military Institute’s male-only admissions policy because of violation of the 14th Amendment, to continually supporting abortion rights such as in the court’s decision to strike down Nebraska’s partial-birth abortion law in Stenberg v. Carhart U.S. (2000).

We can’t forget about dissents such as when the court ruled in favor of Hobby Lobby not being required to pay for its employees’ methods of birth control and emergency contraceptives. Ginsburg wrote, “It would deny legions of women who do not hold their employers’ beliefs access to contraceptive coverage that the ACA would otherwise secure.”

Ginsburg was a champion for all women. During the early part of her career, she spent eight years as director of the ACLU Women’s Rights Projects, which began as a challenge to companies that prevented women from advancement opportunities, but has since shifted to focus on cases that have the greatest impact on poor women and women of color.

Like me, many will remember how Ginsburg fought so hard in these final years to carry out her one final wish: that the American democracy would be restored to serve the American people. I’ve never seen someone so resilient to survive numerous bouts of cancer, illnesses and injuries like Ginsburg. It’s as if she was carrying the weight of the situation on her shoulders.

The final stop for RBG is to lie in state at the United States Capitol building, an honor bestowed on only the most important and impactful people in our nation’s history. It will mark the first time a woman and a Jew have received such an honor. For someone who rewrote history her entire life, I could think of no better send-off.

How will I remember the “Notorious RBG?” A woman of unbreakable character who accomplished her dreams. Heroes get remembered, but legends never die. What Ginsburg did for this country will ring through the forthcoming centuries like a bell at midnight, and her contributions have paved the way for America to eventually recognize everyone as equal no matter their age, race, gender, disability or sexual orientation.