‘He was the joy of Sac State’ 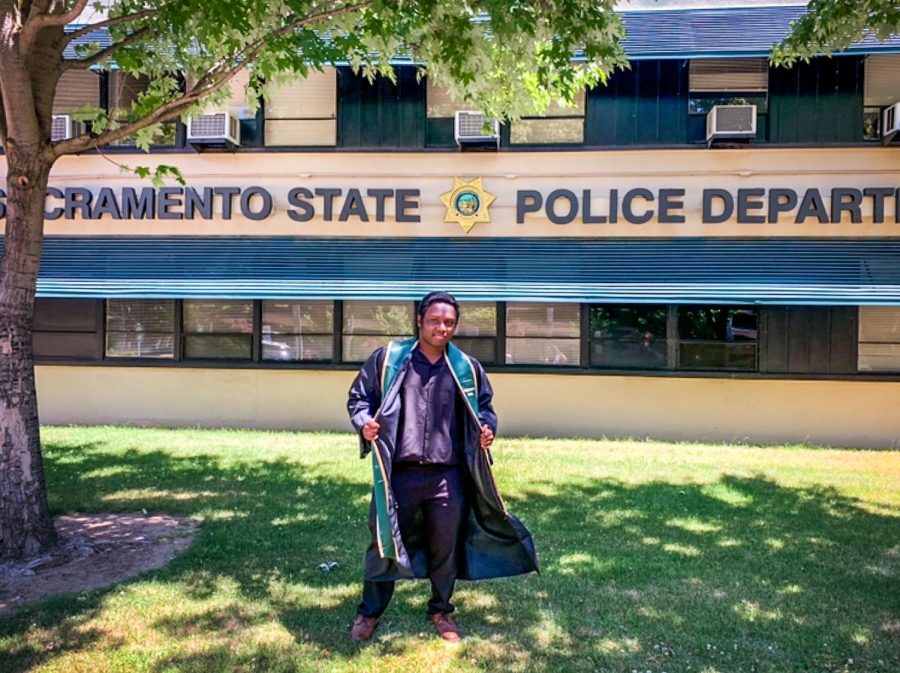 Mulwa James Sumbi’s friends are all able to recount similar experiences with him:

“He had a way to become friends with anyone and make everyone feel like they could open up to him,” childhood friend Jonathan Adorno said.

“He would go up to anyone regardless of how they looked, [gender], religion or political views and treat them all the same, as if they were close friends even though they just met less than a minute ago,” roommate and childhood friend Camillo Pico said.

Mulwa James Sumbi, a Sacramento State psychology graduate who his friends remember for his friendly personality, died at the age of 22 on Aug. 29.

An aspiring police officer, Sumbi was assisting with the Sacramento State Law Enforcement Candidate Scholars’ program on Aug. 28, and out on a run, Adorno said. He said Sumbi collapsed after taking a knee and was then taken to the hospital, where he suffered an organ shutdown and died of severe dehydration.

Adorno said he met Sumbi at Ottomon Elementary after Sumbi moved from downtown Sacramento to Orangevale at the age of 8. Adorno reminisced on Sumbi’s outgoing personality and natural charisma.

“He had so many friends. Everytime we went to a bar to play pool, no matter what bar, there would always be two or three people that came up to him,” Adorno said.

Pico met Sumbi in middle school and spent the last two months of Sumbi’s life living together in a house with another friend.

“He graduated with a degree in [psychology] with an emphasis on criminal justice, [he] was extremely active and loved to volunteer and participate in every event possible,” Pico said.

Samantha Ramirez, a political science major and close friend of Sumbi’s, described him as having a way of making people feel welcomed.

“[He was] the person that made you laugh in the library when you were stressed about an exam. The person to [text] you to make sure your classes are going well,” Ramirez said. “He was the person to make you smile the minute you saw him.”

Senior and veteran Chaz Hayes said he shared a close bond with Mulwa, having met him during Mulwa’s freshman year and watching him graduate.

“We came as a package deal whenever we went anywhere,” Hayes said. “With him wanting to be in law enforcement, I recommended for him to work with me for a private security company to get some more experience in a similar field.”

Sumbi was committed to becoming a police officer. As a student, he was a member of Sacramento State’s Law Enforcement Candidate Scholars’ program.

“He was so proud to be [a part] of the LECS program, a program he knew was helping people prepare for their future law enforcement career,” Ramirez said. “He would walk around campus with his uniform and carry himself with pride.”

Sumbi was born on Oct. 3, 1997. He is survived by his mother Prisca Mutayabarwa.

Adorno and Pico organized a GoFundMe to assist with final expenses.

“If you were walking around campus with him, he would stop and say hi to everyone. He was the joy of Sac State,” Ramirez said.