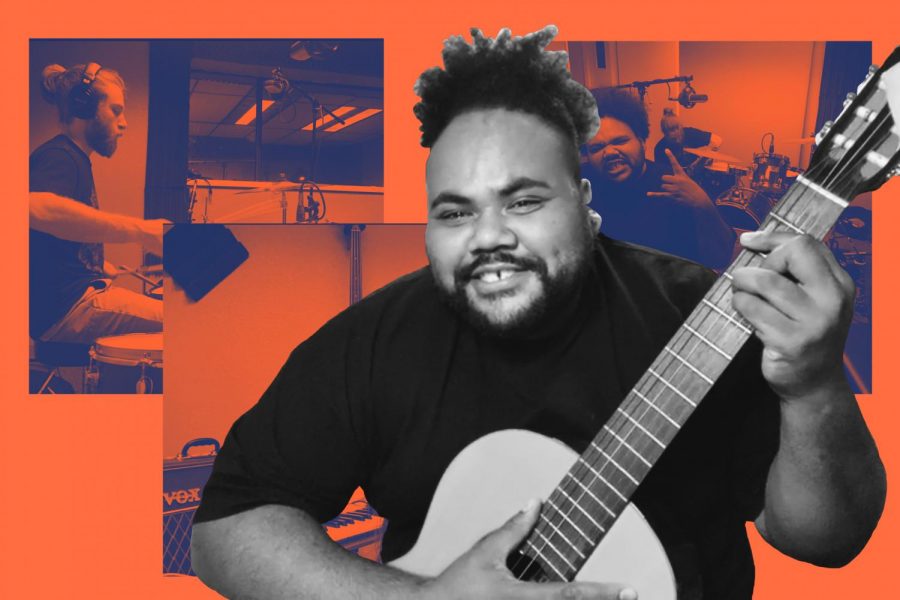 Jesse Hanes, who goes by Kassette, smiled even as he recounted eating cans of cold ravioli in a flooded outdoor basement. He laughed and it boomed through the screen on Zoom.

From transporting bodies for coroner services to working 12-hour shifts at a pear factory in order to overcome homelessness, Hanes attributes his now growing success as a music producer to his inexorable mindset.

“You can find a reason not to do anything,” Hanes said. “I’ve heard them all.”

Over the past five years, Hanes said he has worked hard to unlearn the generational and cultural “broke” mentality he grew up with.

The 31-year-old Sacramento producer and musician is now focused on creating a culture that provides platforms for independent artists by making music production accessible and affordable.

“It’s more important that people learn how to be a business,” Hanes said about why he started his production company, Think Tank Productions. “[To] create some generational wealth, which is a big thing that I feel lacks in the Black community, and especially for people of color, period.”

Part of the reason Hanes said he thinks the music industry in Sacramento has not reached its full potential is because of production costs and a culture of unwillingness to pass on knowledge to help others succeed.

“It’s really important to me that we start giving these independent artists the tools,” Hanes said. “Let’s stop holding people back.”

Evan Odom, who goes by Pyramid Kid, echoed this sentiment from his experience as a rapper in the industry.

RELATED: Sacramento rapper turns what was once a hobby into career

“A lot of people will hide, you know, opportunities from you,” Odom said. “With [Hanes], it’s no ego, it’s all love.”

Odom met Hanes in the early stages of his career and credits their like-mindedness to the bond they formed.

“If you do anything alone and it’s a lot of steps, it can be discouraging,” Odom said. “Once you meet people that are willing to help make things less stressful, it’s like there’s no way you can forget about them.”

Although Think Tank Productions was conceived by Hanes several years ago, it was not until fall 2018 that he and two friends decided to rent a studio space in Sacramento. That year also marked 10 years since Hanes experienced homelessness as a result of the 2008 economic crash.

“There’s still that fear that exists after living that,” Hanes said. “I’m way more established now, as somebody that has a career and has done something that I’m leaning on.”

“It’s the fact that I’ve gone without for so many years,” Hanes said. “It means in the long run that my whole community is going to be educated and we’re all going to be able to win together.”

Think Tank Productions offers recording, mixing and mastering starting at $65 per song and recording sessions for $25 per hour, according to Hanes’ website.

In addition to being a production company with a studio and equipment, Think Tank Productions has expanded to offer merchandise, available for sale on Hanes’ Instagram.

We now have a teespring! Order your sick apparel today! Link in Bio!

Hanes said without community, his accomplishments would not be possible, and that his good friends and his partner Jesse Szabo play a large role.

“[Hanes’] mission just kind of aligned with what I already had in mind as far as what I wanted to have in my life, which was community,” Szabo said.

Szabo and Hanes work closely together at Think Tank Productions and share a similar perspective on the business of music.

“We wanted to make the main point of what we do and how we move with people to be out of love, and out of love for the music,” Szabo said.

It is that very love of music that has kept Hanes motivated to continue prevailing, come what may.

“You’ve got to be open to letting things come at you and to new experiences,” Hanes said. “And to eat dirt.”