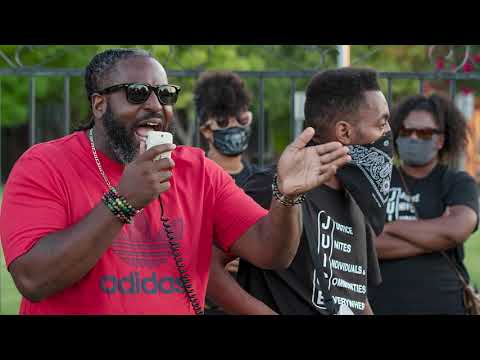 Sacramento State student and Richmond native Zarrie Allen was shot and killed Monday at the Sacramento Memorial Lawn while visiting a gravesite with friends.

On Thursday, a vigil was held in honor of Allen. Berry Accius, community activist and founder of Voice of the Youth, organized the vigil in front of the Home of Peace Jewish Cemetery. Local social justice groups, including Justice Unites Individuals and Communities Everywhere and Black Child Legacy Campaign, came together to show their support.

Nearly 50 members of the community showed up to pay respect to Allen, and people shared their thoughts about the shooting of the 18-year-old woman who was about to start her sophomore year at Sac State.

Homicide detectives do not believe Allen was the intended target, said Sacramento County Sheriff’s spokesperson Tess Deterding. She said the department cannot definitively say it was a gang-related shooting, but is looking into that as a possible motive. With no suspect in custody, the sheriff’s department will continue to conduct witness interviews.