OPINION: If it wasn’t for John Lewis, I wouldn’t be here today 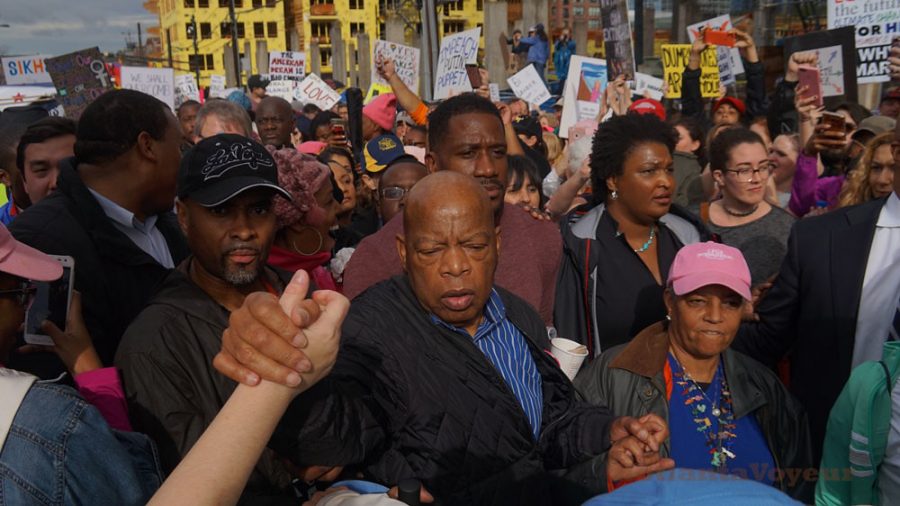 I was walking around my kitchen Friday night when I received a notification from The Washington Post that Rep. John Lewis — “the conscience of congress” — had died.

I paused in a moment of sadness because I knew what he meant to this country. Combine that with the fact that we are still fighting the same fight Lewis helped begin many years ago, and the timing was tragic.

Lewis was many things in his legendary life. It goes without saying that he was an integral part of getting the Voting Rights Act of 1965 passed by former President Lyndon B. Johnson, which prohibited racial discrimination in voting.

He was one of the original 13 freedom riders that rode interstate busses from Washington D.C. to New Orleans in protest of the segregation that existed in public transportation. This came after the southern states failed to acknowledge the 1960 Supreme Court decision in Boynton V. Virginia, which ruled that segregation in public transportation was illegal because it violated the Interstate Commerce Act.

Lewis, another Black man, and a white man  were the first freedom riders to be assaulted in Rock Hill, South Carolina while trying to enter a whites-only waiting room. Nevertheless, Lewis participated in another freedom ride just two weeks later.

He was one of the founding members of the Student Nonviolent Coordinating Committee and took over as chairman in 1963. It wasn’t long after that Lewis was named part of the “Big Six” leaders who organized the March on Washington in 1963, before eventually representing Georgia’s fifth congressional district for nearly 34 years.

Lewis was beaten, spit on and thrown in jail countless times. Those are things that I’ve never had to experience but it was normal at that time. However, Lewis kept fighting back against systemic racism.

I feel like people forget about him from time to time. When we talk about civil rights we talk about Malcolm X or Martin Luther King Jr., but Lewis is often left out of the conversation.

He was the youngest and last surviving member of the “Big Six”, yet children don’t learn that in the history books. We forget that during the March on Washington he uttered the words “We don’t want our freedom gradually but we want to be free now.” Those words still hold true today.

Lewis was a lion that roared until he couldn’t anymore. Over the past day I’ve found myself watching speeches that he gave and I couldn’t help but be amazed at the power in his voice. Something he said that will forever stick with me is “When you see something that is not right, not just, not fair, you have the moral obligation to say something.”

I know of no man with more courage than John Lewis. He was a giant walking among us. When I saw him, I couldn’t help but think one thing: “I haven’t done enough.” May his life and legacy inspire every one of us to strive for justice, equality and what is right. pic.twitter.com/jtoCnmjexz

Don’t be mistaken, Lewis wasn’t only a civil rights hero. Whenever he felt there was wrongdoing, he was always one of the first people to stand against it.

In 2003, he spoke at an anti-war protest of 30,000 in Oregon shortly before the Iraq War. He was arrested both in 2006 and in 2009 for holding sit-ins at the Sudan Embassy near the west-side of the U.S. capitol in protest of the genocide in Darfur. He was arrested again in 2013 for participating in a sit-in in front of the U.S. capitol advocating for immigration reform and he also led the 2016 House Democrats sit-in to advocate for gun reform following the Orlando Pulse nightclub shooting.

As Lewis would say, that was necessary and good trouble he needed to get into.

People often complain that there are no politicians who will fight for everyone. Lewis fought for everyone and he was able to do it because when he became a congressman it only drove him more to do what he felt was right.

The loss of John Lewis is one I will feel for many years. It is unfortunate that Lewis didn’t get to see his hard work pay off in full but with his help, he advanced the Black community toward the path to freedom.

I don’t know where he is now but I want him to know that I will be forever thankful for what he did and my future children will know who John Lewis was and what he stood for.

R.I.P. Mr. Lewis, you will never be forgotten.